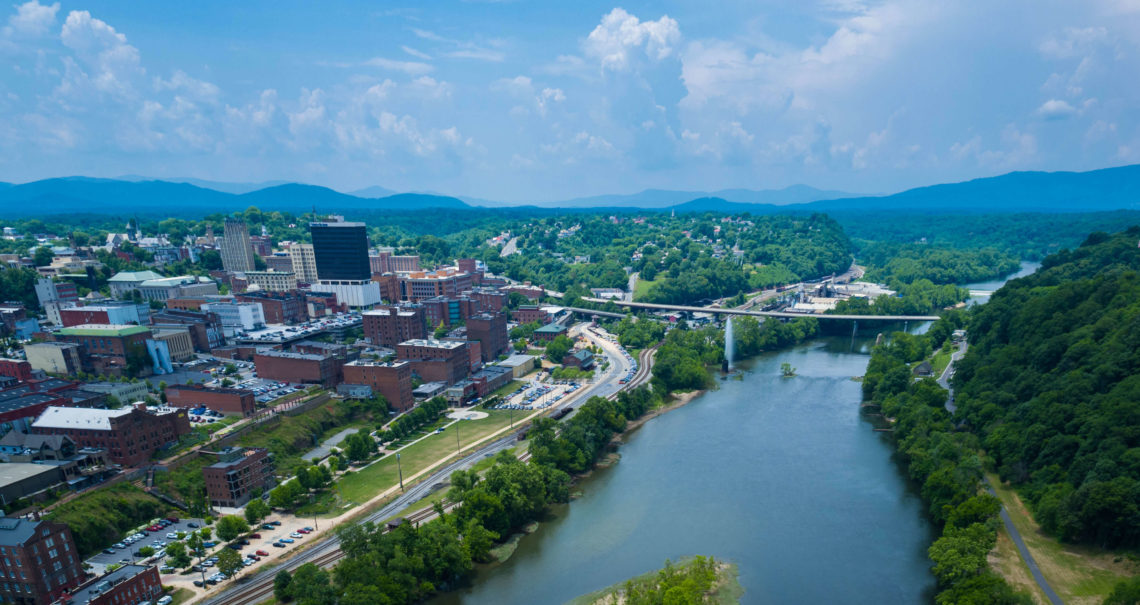 In Lynchburg, Virginia, spring means a rainbow of roses: It’s been 35 years since volunteers planted 60 varieties of stunning antique roses along the brick boundary wall in the city’s historic Old City Cemetery Museums & Arboretum, and since then, the 27-acre burial ground has blossomed into a beautiful garden where more than 425 varieties of roses in every color burst into bloom each spring.

During the annual Antique Rose Festival, which is held mid-April through mid-May when the roses peak, more than 100 varieties of antique and heirloom roses are put up for sale — plus there are garden parties, rosé receptions and tours, symposiums, and more. 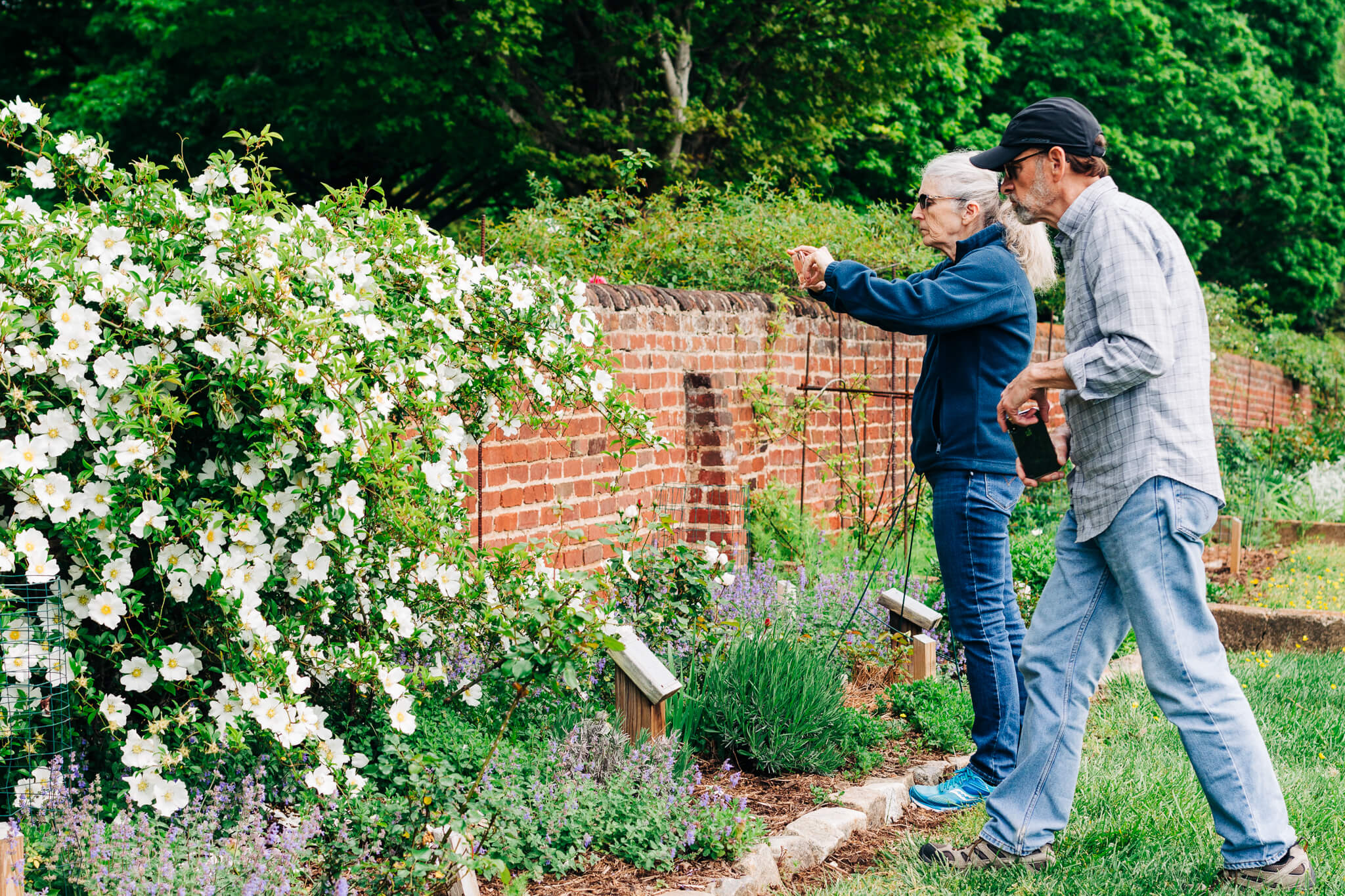 See the antique roses in bloom at the Old City Cemetery Museums & Arboretum. photograph by City of Lynchburg, VA

“When the Antique Rose Festival started, the roses were propagated from cuttings from the roses on the grounds,” says marketing and events manager Lucas Peed. “It was like having a part of the antique rose collection in your own garden.”

But in Lynchburg, spring also means hiking urban trails, exploring historic homes, shopping in an open-air market, dining on riverside restaurant patios, and going for a leisurely drive on the Blue Ridge Parkway with the windows rolled down. Here’s what else to add to your agenda.

In our city you’ll find a thriving Downtown with boutique hotels, chef-inspired eateries, museums & galleries, and recreational outfitters ready to get you biking, paddling or fishing along the bountiful James River and its tributaries.  Let us introduce you! 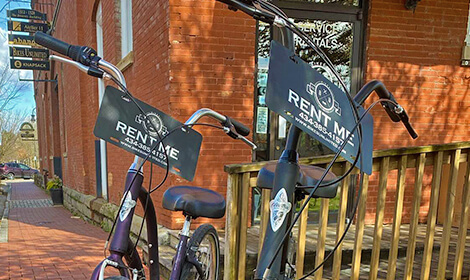 Fuel up for a day of exploring: Don’t set out on an empty stomach. Fuel up on avocado toast, chicken and waffles or sunrise hash skillets at My Dog Duke’s Diner or stop into Market at Main — which Ashley Kershner, executive director for the Downtown Lynchburg Association, calls “an institution for breakfast” — and try the red velvet pancakes. Want to grab and go? Blue Ridge Bagels has you covered with fresh doughnuts and bagels.

Explore the Anne Spencer House & Garden Museum: Anne Spencer, the acclaimed Harlem Renaissance poet, called Lynchburg home, and her Queen Anne-style home is filled with photographs, books, and other artifacts that honor her life. The garden where Spencer drew inspiration for her poems underwent significant restoration efforts, and is now, once more, the ideal spot to wile away a sunny afternoon. 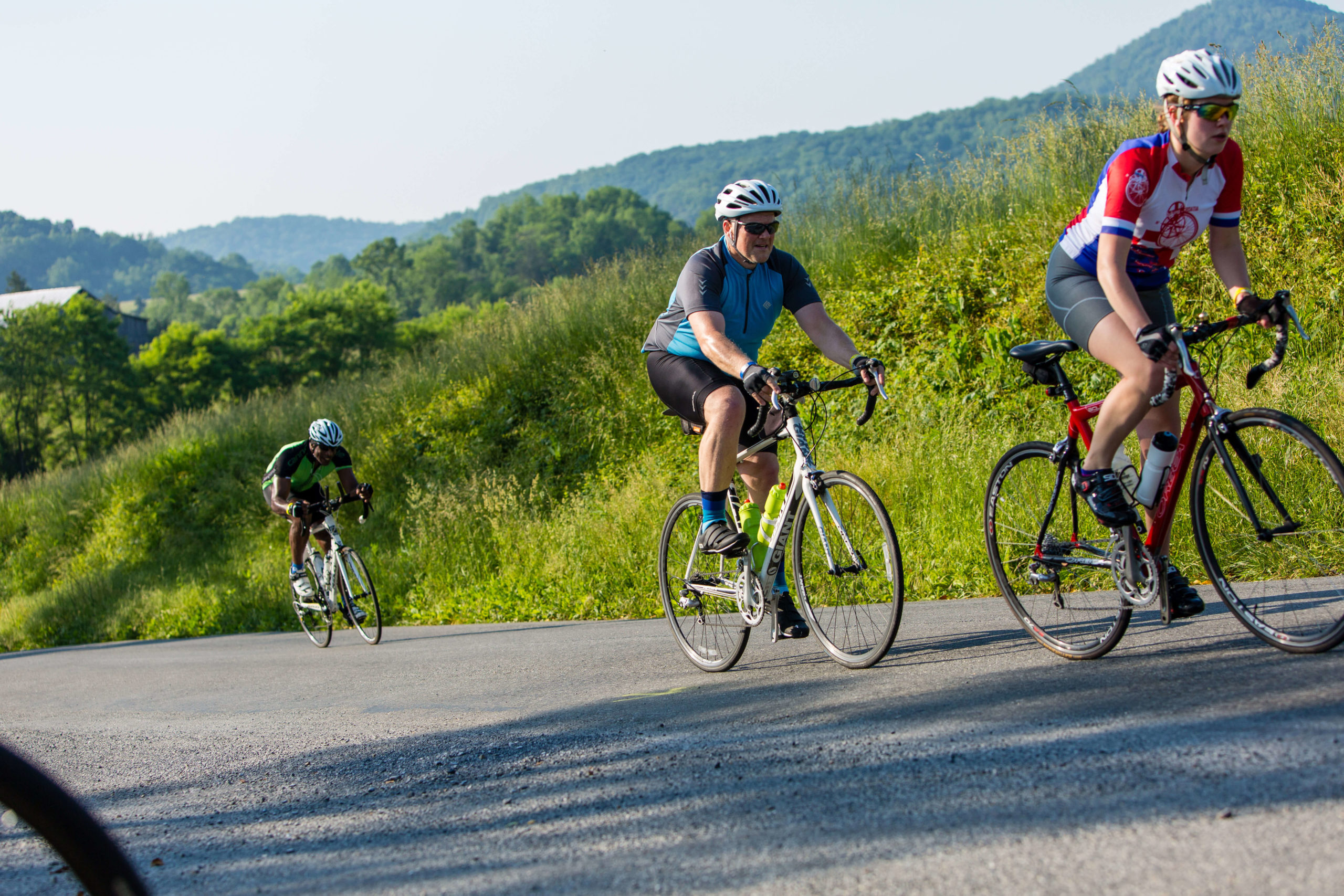 Explore Thomas Jefferson’s Poplar Forest: Poplar Forest isn’t as well-known as Monticello — and that was just how Thomas Jefferson wanted it. The founding father built the home in 1806 as a retirement retreat where he could escape the hustle and bustle of Monticello, according to Mary Massie, manager of programs and education.

“It’s a place where you get to see a different side of Jefferson as a grandfather and family man,” Massie says.

A fire razed most of the house in 1825, but thanks to a painstaking (and ongoing) renovation, the home has been restored. Guided tours of the historic residence highlight what life was like for the free and enslaved people who formed the community of Poplar Forest. 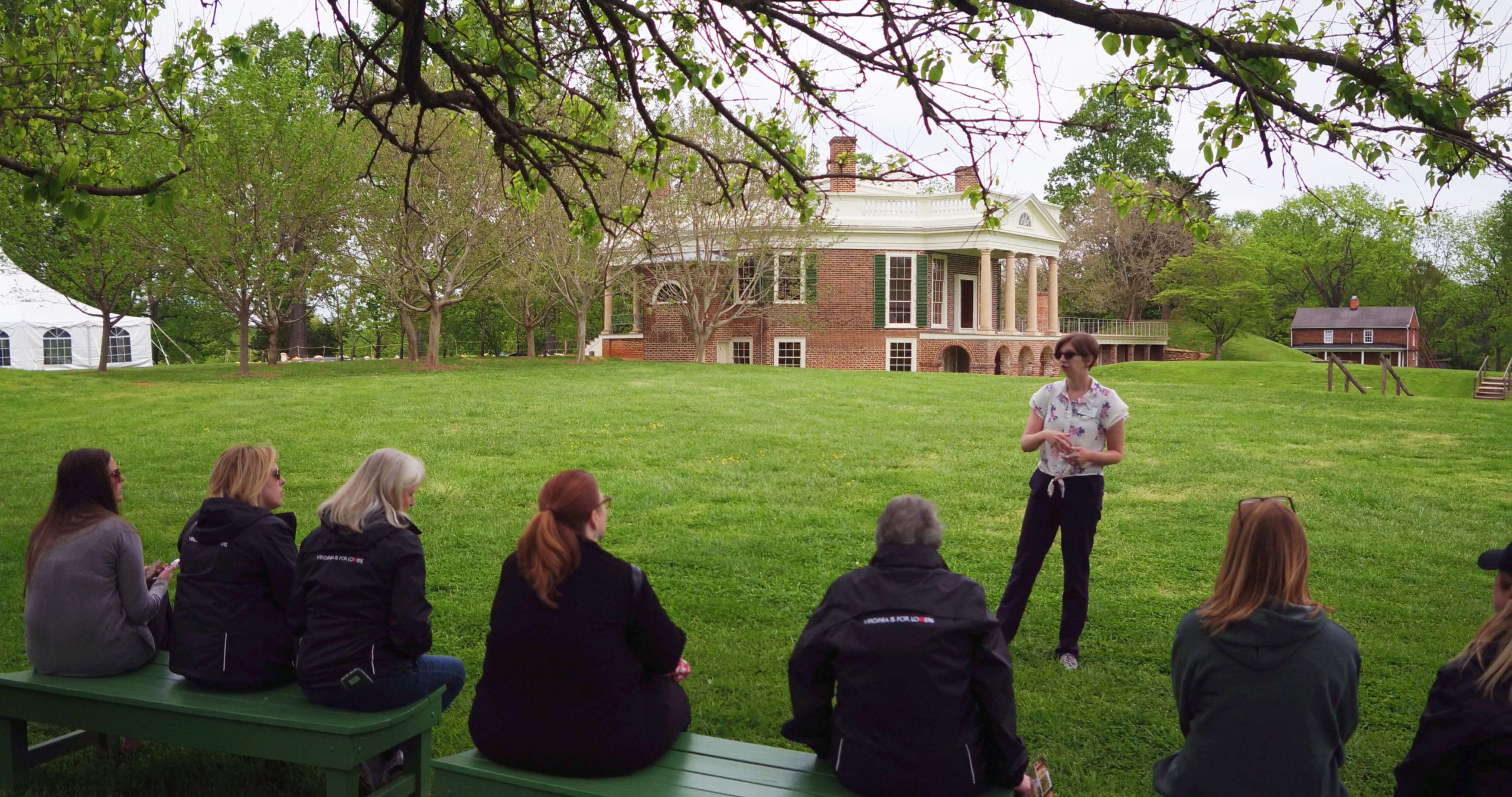 Thomas Jefferson’s Poplar Forest is only a 20-minute drive from Lynchburg. photograph by City of Lynchburg, VA

Take a Walk Along the RiverWalk Trail: Jefferson Street is one of the trendiest streets in Lynchburg — and it’s also the starting point for the RiverWalk Trail, the ultimate urban nature walk. Walk or bike along the paved trail and enjoy views of the historic downtown and the James River.

Katherine Clement, chief naturalist for the City of Lynchburg, calls the RiverWalk “an easy way to get an outdoor fix” without going too far off the beaten track. You can walk the entire trail, traveling six miles round trip from downtown to Amherst County, or just explore a small section while admiring the views.

Grab a seat on the patio at Waterstone Pizza or The Water Dog — both overlook the RiverWalk Trail and the James River — before heading out for an afternoon of exploring. 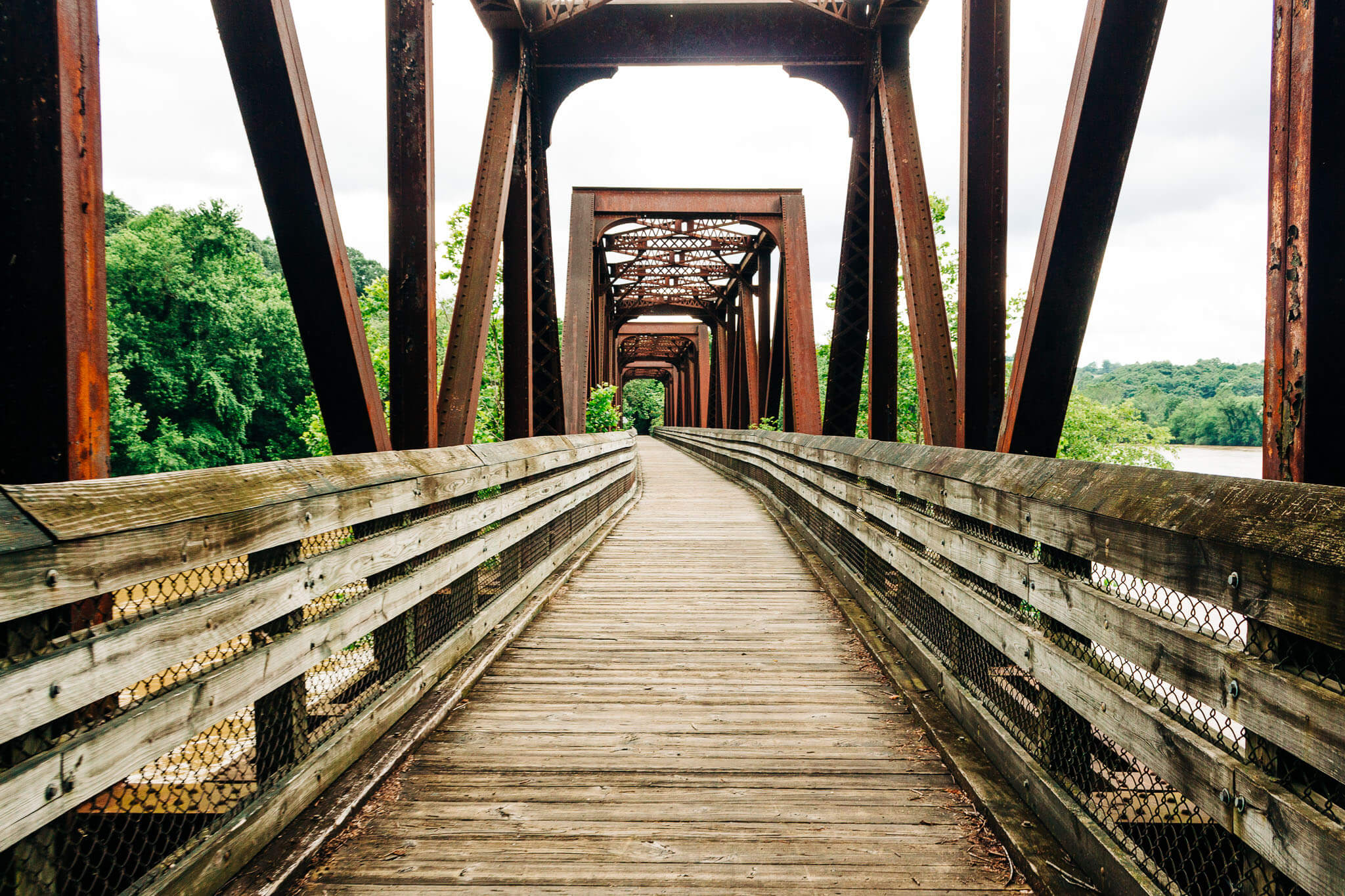 Cross the old railway bridge on the RiverWalk Trail. photograph by City of Lynchburg, VA

Picnic on Percival’s Island: The RiverWalk Trail also continues to Percival’s Island Natural Area. The forested wonderland used to be a bustling industrial area with a railyard. Now, the railway lines are hiking and biking trails, and the park is a popular spot for recreation.

“Hop on a bike rental from Bikes Unlimited to experience the island on wheels,” suggests Clement. “The six-mile round trip gives you a view of the James River for most of the path.”

In the spring, be on the lookout for white-tailed deer in the woods and the Virginia Bluebells popping up all along the dirt trails.

Sip, Shop, and Stroll in Historic Downtown: You could spend the entire day exploring downtown. The historic neighborhood is home to shops, restaurants, and cultural attractions like Riverviews Artspace, Academy Center of the Arts, Amazement Square, and Heritage Crafters Gallery at the Lynchburg Community Market.

After stopping at Lynchburg Community Market for coffee and pastries, Kershner suggests checking out stores that feature the work of local makers, like Oxide Pottery, Beeswax Candle Company, Gilded, and Live Trendy or Die. And if all that shopping works up an appetite, you’re in the right spot.

“Downtown is the epicenter of the food scene in Lynchburg,” Kershner says.

Aji Ramen and Sushi, Marigold, and Batter Bar are popular lunch spots — but be sure to save room for something sweet from Mrs. Joy’s or Cinn City. Or head to historic Fifth Street to Mama Crockett’s Cider Donuts.

Visit a brewery: Raise a glass to the start of spring with a local brew from Starr Hill Brewery on Main, the second-oldest craft brewery in Virginia. Their lineup of flagship beers includes The Love, a wheat beer that offers a nod to the “Virginia is for Lovers” slogan. Or stop by Three Roads Brewing, a popular Lynchburg watering hole with seasonal beers like Three on the Tree Peach Tripel, Runaway Heifer Imperial Milk Porter, and Stingray Honey Saison. 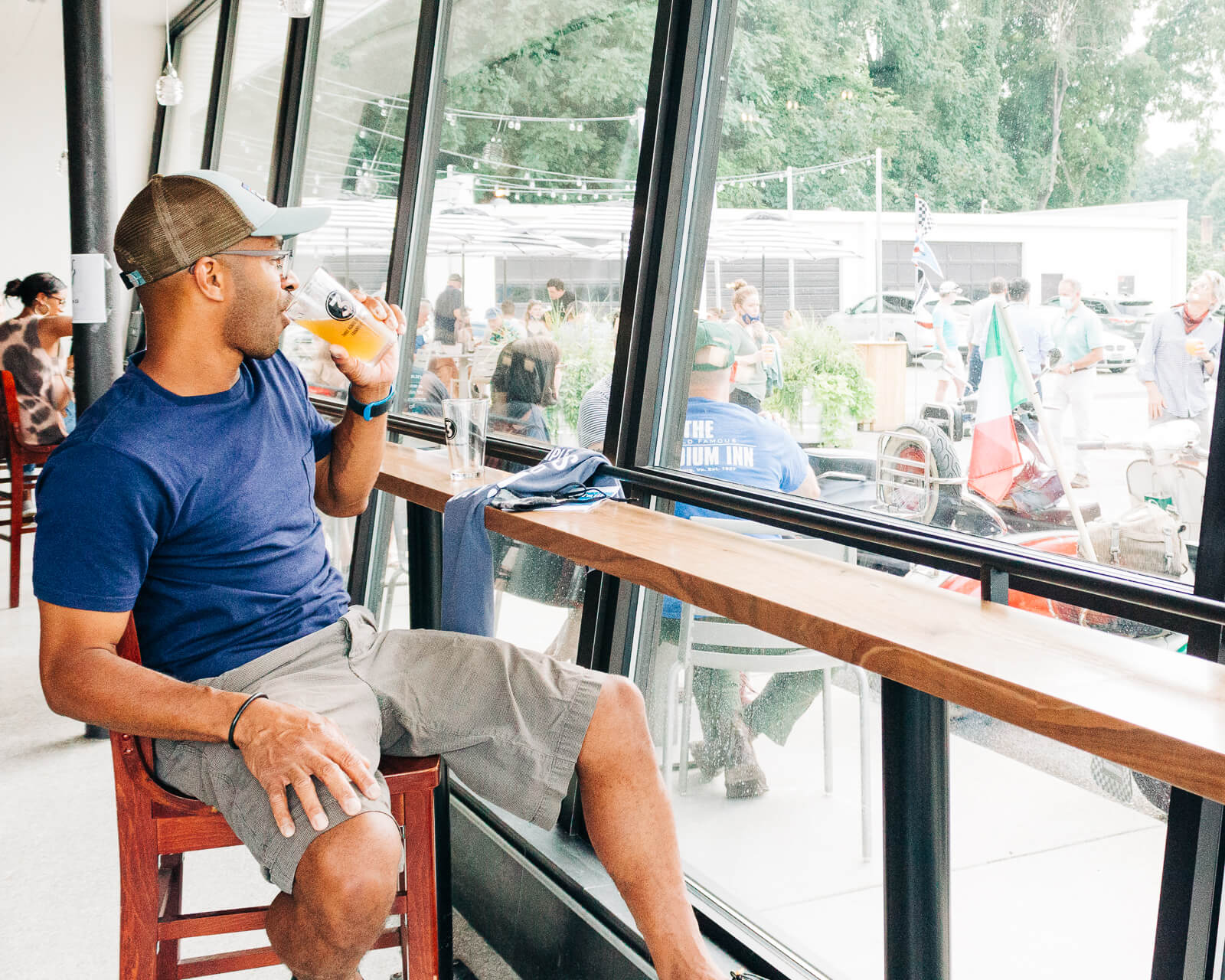 Try one of the seasonal beers at Three Roads Brewing. photograph by City of Lynchburg, VA

Spend the night in an historic hotel — or a cute Airbnb: When it’s time to turn down for the night, head back to an adorable Airbnb rental, from a historic downtown apartment with river views to a stunning house on an apple orchard to a cozy farmhouse with a hot tub.

Or stick around in downtown, which boasts two boutique hotels: The Craddock Terry Hotel , a former shoe factory turned boutique hotel that dates back to 1888 (look for the big red shoe on the side of the building) and preserves the area’s industrial heritage; and The Virginian, a 1913 Beaux Arts-style building that has been restored to its former grandeur. The Virginian is also home to Skyline Rooftop Bar and Grill, the only rooftop bar in Lynchburg and the perfect spot for a nightcap. 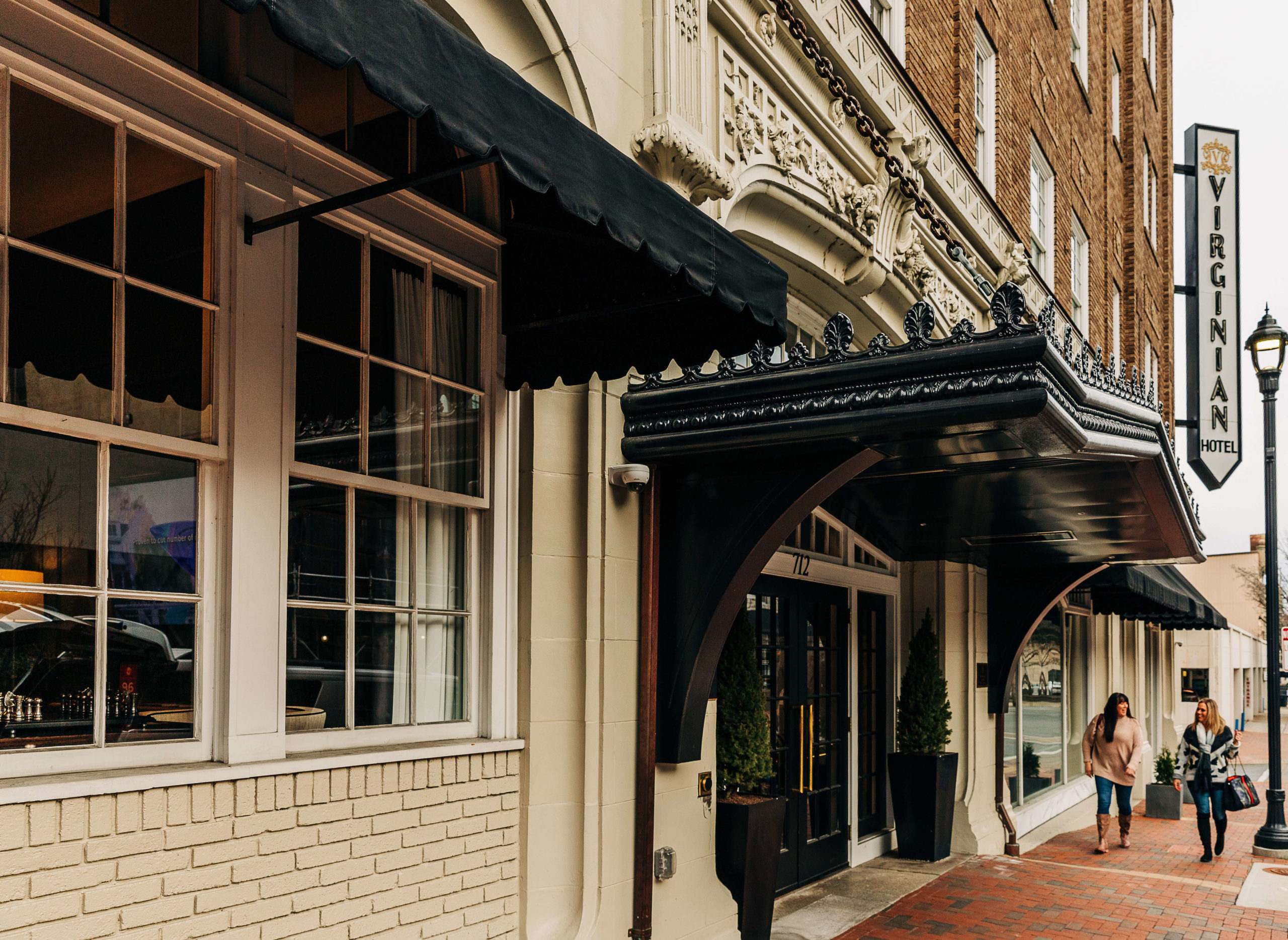 Wrap yourself in luxury at The Virginian, which is housed in a restored 1913 Beaux Arts-style building. photograph by City of Lynchburg, VA