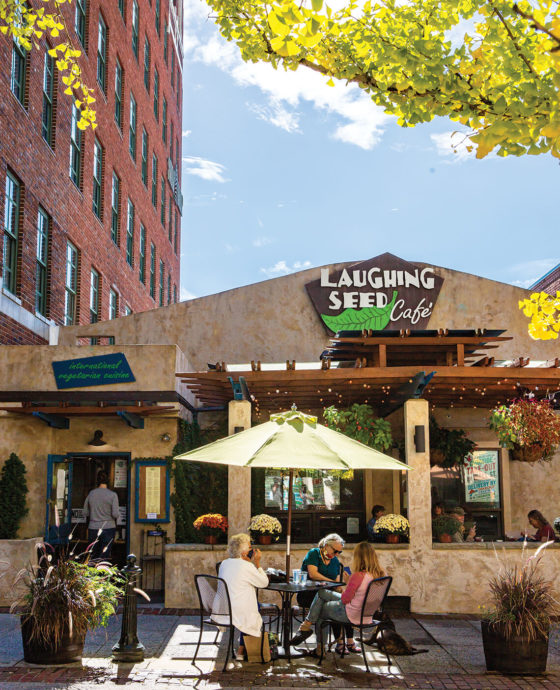 Related Story: A New Spin on the Veggie Plate

In a city known for its alternative dining options, Laughing Seed Café stands out as a vegetarian staple. One of the area’s oldest vegetarian restaurants — it began in 1991 as a lunch counter at the YMCA before moving to its current location on Wall Street in 1993 — the globally inspired menu includes fan favorites like the spinach pesto manicotti and jalapeño onion fries.
40 Wall Street
(828) 252-3445
laughingseed.com

The complex dishes at Plant in Asheville have earned the nine-year-old vegan restaurant attention from Zagat and Food & Wine magazines. Vegan cheese is made in-house and appears in such dishes as ravioli stuffed with almond ricotta and cremini mushrooms. And that bacon on the Caesar salad? It’s actually smoked trumpet mushrooms.
165 Merrimon Avenue
(828) 258-7500
plantisfood.com

Just off King Street, tucked away on the top floor of a historic brick building, Kindly Kitchen is one of downtown Boone’s hidden culinary treasures. With a new menu every day and locally sourced produce from more than 70 Appalachian and Piedmont farmers, Kindly offers a unique dining experience. Its choose-your-own-vegan-adventure setup allows customers to pick from a variety of specialties — like cucumber-tomato pesto and chili apples — to top their meals.
659 West King Street, No. 2
(828) 386-6005
eatkindlyboone.com

Chef Yah-I Ausar aims to serve any and all customers, no matter their dietary restrictions or preferences. Everything on the menu, from the crowd-favorite curry lentils with barbecued jackfruit to the chickpea “tuna” and almond “seafood” wrap, is vegan, soy-free, gluten-free, and, according to Ausar, filled with a whole lot of energy and love.
306 West Franklin Street, Suite G
(919) 960-1832
veganflavacafe.com

At Bean Vegan, patrons peruse a menu full of mouthwatering dishes, like chocolate chip-pecan waffles, a jalapeño Cheddar “burger,” and a Kit Kat-inspired cake, all made from plant-based products. With options similar to those you’d find at a regular burger joint, it’s the perfect place for novices to give vegan dining a try. As co-owner Charlie Foesch says, “Vegan or not, a good burger is a good burger.”
3001 East Independence Boulevard
(980) 939-1234
eatatbean.com

Charlotte – Fern, Flavors From the Garden

One of the first vegetarian restaurants on the Charlotte food scene, Fern has been serving plant-based masterpieces since 2011. From the fresh ingredients to the repurposed shutters adorning the ceiling, the agricultural influence is everywhere. Treat yourself to some plant-based “chicken” and waffles or a delectable piece of carrot cake topped with chai frosting and spiced walnuts.
1419 East Boulevard, Suite A
(704) 377-1825
fernflavors.com

Velvet Jacobs, who opened Veltree in Charlotte in 2018, grew up on traditional Southern food in New Hanover County, and she wanted to offer the flavors of her grandmother’s cooking, but from Jacobs’s own vegan perspective. Her menu of classic soul food, including fried “chicken” and mac ’n’ cheese made from soy-based cheese, is all vegan.
7945 North Tryon Street, No. 110
(980) 355-0075
veltree.com

The name says it all, with a menu that bursts with traditional soul flavors along with a Caribbean twist. There are plenty of the usual suspects: jerk “chicken” and “barbecue” platters, both served with cornbread, and spicy buffalo bites — all made with soy protein and plant-based substitutes.
4125 Durham-Chapel Hill Boulevard, Suite 1
(984) 219-6050
facebook.com/soulgoodvegancafe

Just outside of downtown Pittsboro, there’s a green escape in a town well-known for its barbecue. Copeland Springs Farm & Kitchen serves ever-changing seasonal bowls and savory quiches with cheese from a local cheesemaker. “Our produce is the freshest you can get,” says owner and longtime farmer Kristin Bulpitt. “It literally comes from 300 feet away.”
193B Lorax Lane
(919) 261-7211
copelandspringsfarm.com

Behind its lime green facade, The Fiction Kitchen serves specialties like eastern-style pulled “pork” barbecue and seitan “brisket.” As for the name, owner and chef Caroline Morrison explains, “We wanted to provide our guests with a surreal, unbelievable dining experience that would leave them wondering if the meal they just had was actually vegetarian/vegan.”
428 South Dawson Street
(919) 831-4177
thefictionkitchen.com

This Raleigh vegetarian favorite has been serving coveted farm-to-table veggie dishes since 1975. With a focus on hospitality and an unconventional dining experience, Irregardless has been proudly defying the mainstream restaurant scene for years.
901 West Morgan Street
(919) 833-8898
irregardless.com 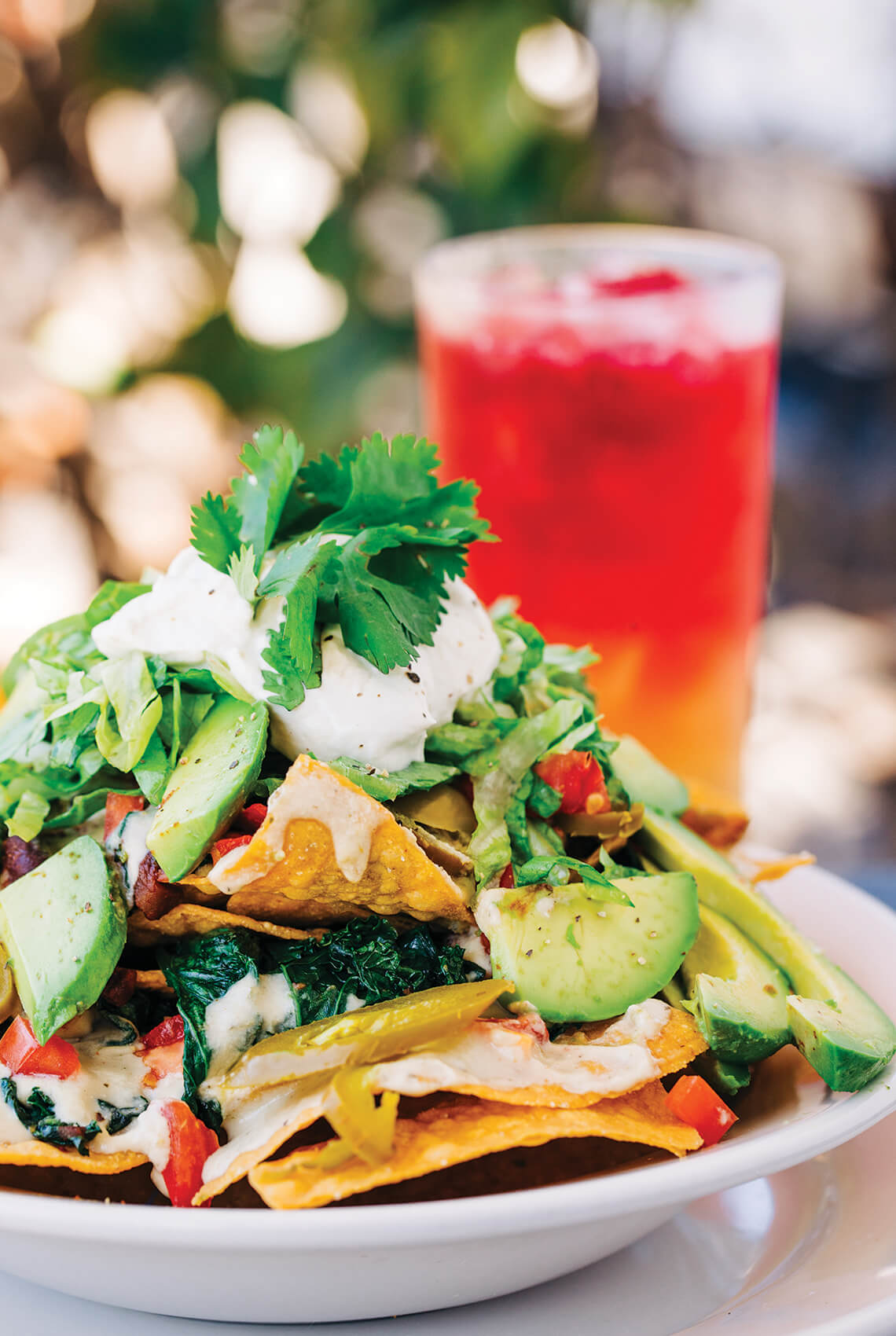 When Kelsey Gibbs saw that her favorite restaurant in Wilmington was for sale in 2019, she knew she had to save it. Now, co-owner Gibbs has kept Sealevel City Vegan Diner running with new items and old favorites, including a flavor-packed lentil “burger,” kale nachos, and barbecue tempeh cheesesteak.
1015 South Kerr Avenue
(910) 833-7196
instagram.com/sealevelcitydiner

Growing up in an Italian American family, Brian Ricciardi was surrounded by incredible food, so it came as no surprise when he chose a career in the food industry. His restaurant initially offered meat items, but in June 2020, Ricciardi, a vegan, decided to go with an entirely plant-based menu, offering dishes like “sausage” and mushroom stromboli and buffalo “chicken” pizza.
336 Summit Square Boulevard
(336) 377-7179
mozzarellafellas.com 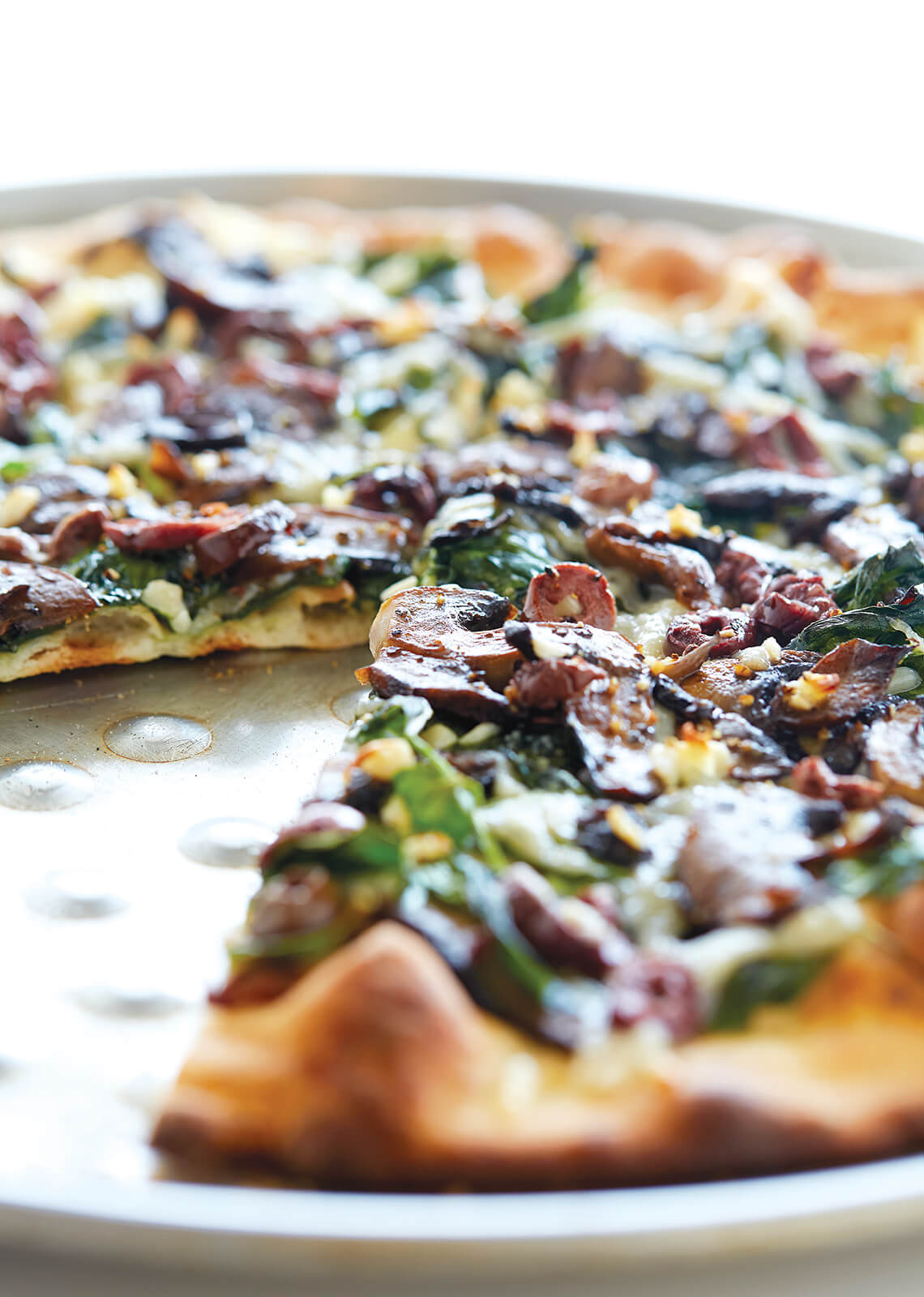 A vegan cookout? Yes, it’s possible. Just ask Mike Roach, owner and chef of Mike’s Vegan Cookout. The bright green and black food truck travels all around Winston-Salem and the rest of the Triad, serving classic cookout dishes like “hot dogs” with chili and slaw and “burgers” with “bacon” bits or pepper jack cheese, all made from plant-based ingredients.
See Facebook or Instagram for locations.
(980) 287-1356,
facebook.com/mikesvegancookout