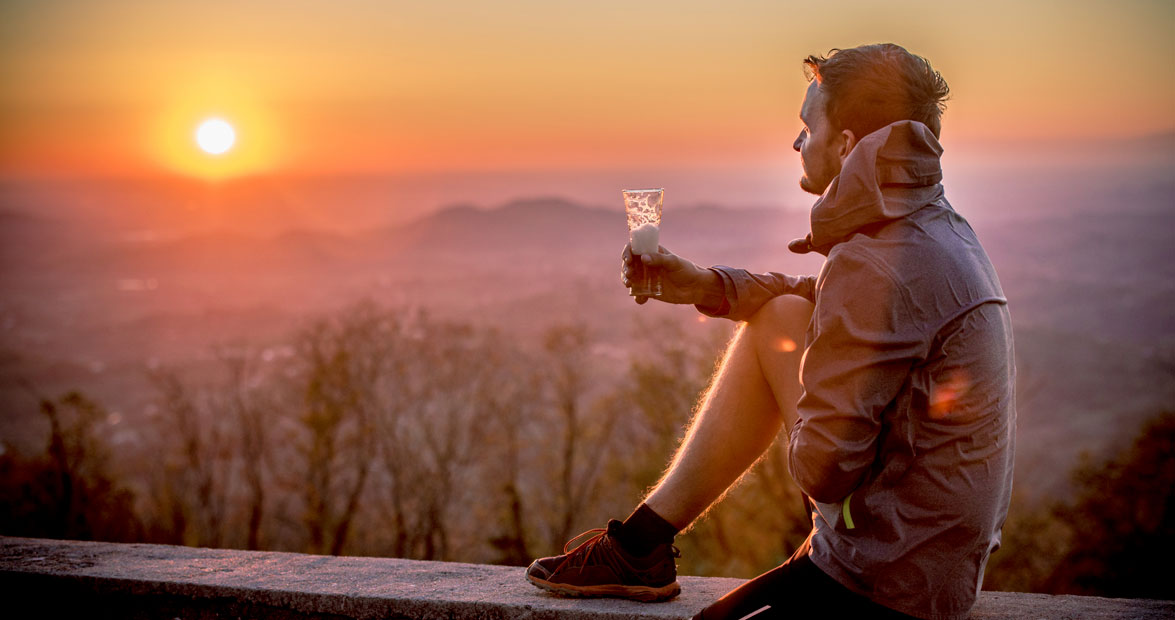 Highland Brewing Company
Highland Brewing Company’s run club meets at the taproom on Wednesday nights at 6:15 p.m. And you don’t need to be an expert runner: There are multiple turnaround points along the route, which means that no matter what your skill level is, you can take part. As you cool off, sip Daycation, a hoppy floral session IPA. The run club’s motto? “Run. Drink Highland beer. Have fun.”

Fonta Flora Brewery
Don’t mind running up hills? Fonta Flora Run Club is “excuse-proof.” It meets at the Morganton tasting room on Mondays at 6 p.m. and features loops of varying lengths, perfect for runners (and joggers and walkers and stroller pushers) of all skill levels. Back at the taproom, try the Alpha vs. Beta Carotene IPA, which is brewed with local carrots, or the Float the Stars, a sour red ale.

Big Boss Brewing Company
Members of the Big Boss Run Club are dedicated to meeting every Sunday at noon in the winter, and every Tuesday evening in the spring and summer. Each run begins and ends at Big Boss Brewing Company, where, after pounding the pavement, runners bond over a brew. At 11 a.m. on Sundays, you can also do pre-run yoga, where $10 covers class and a beer of your choice.

Crystal Coast Brewing Company
Bend and Brew at Crystal Coast Brewing Company is the perfect way to start a Saturday, whether you’re an accomplished yogi or a beginner who can’t yet reach your toes. Head to the taproom at 10:30 a.m. for a restorative, engaging yoga session followed by a beer, a glass of wine, or a mimosa. We like the Breakwater Coffee Brown Ale — you can call it breakfast.