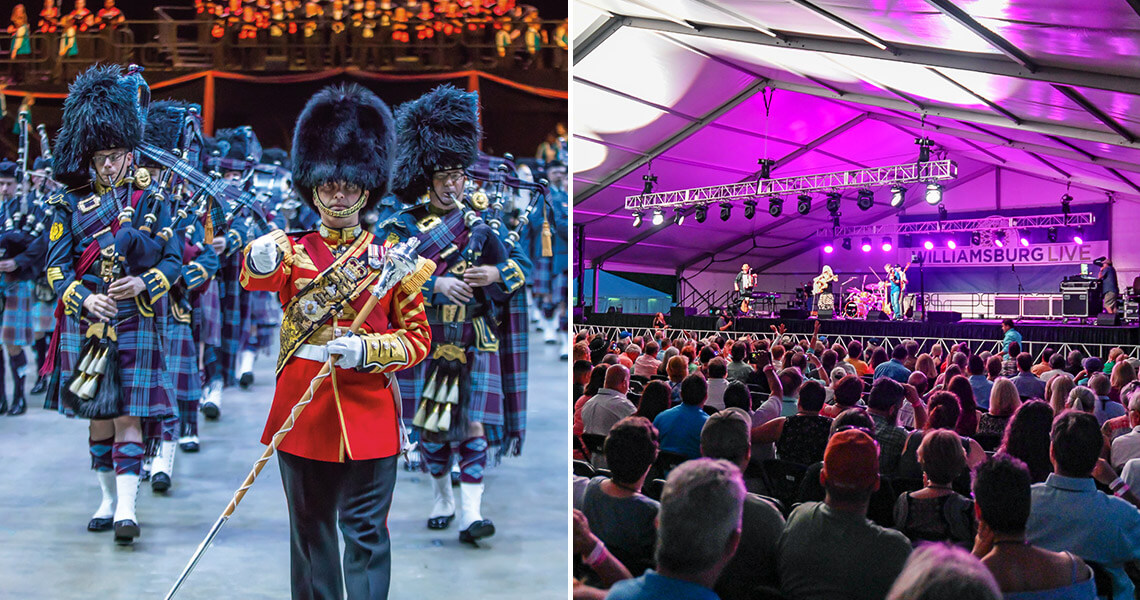 Ready to march to a different beat? The tradition of using pipes and drums to signal that local regiments had returned to quarters dates back to the 1600s. The Virginia International Tattoo — the largest in the United States and one of the signature events of the Virginia Arts Festival — takes that tradition to the next level. “It’s a spectacle of music and might,” says Dianna Starkey, director of marketing and communications for the Virginia Arts Festival.

Performances, which will take place in downtown Norfolk at Scope Arena April 28 through May 1, feature an international cast of hundreds of performers, colorful costumes, drill team maneuvers, and complex step sequences while patriotic pipers and drummers perform inspirational military music. The 2022 performance celebrates the resilience of the human spirit.

“It’s a wonderful production celebration of fellowship and music and dance with performers from five countries,” Starkey says.

The iconic event is just one example of the rich heritage, arts, and culture in Southeast Virginia. 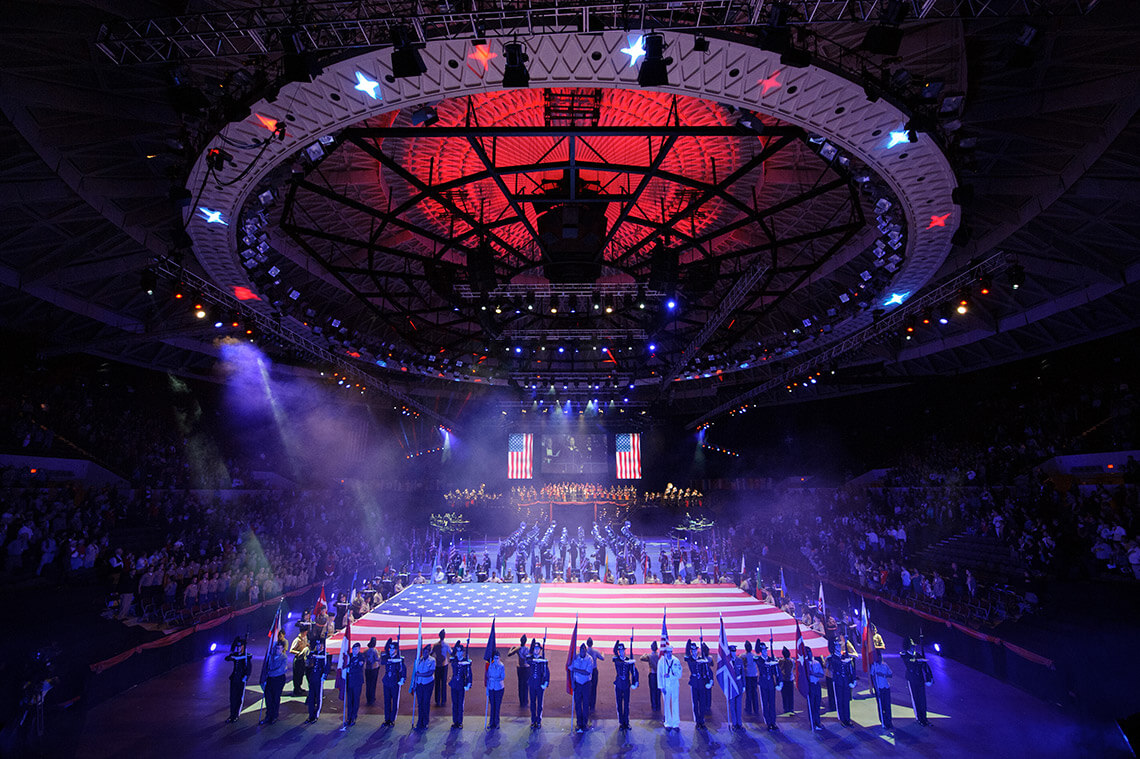 Delight in the arts

When it comes to performing artists, the Virginia Arts Festival — celebrating its 25th anniversary this year — has all of the bona fides: Since its inception in 1997, this festival has hosted thousands of performances, presented world premiers, and drawn visitors from across the United States and around the world.

“The festival features all performing arts genres, from classical and chamber music to Broadway, opera, Americana, and folk to jazz and world music,” Starkey says. “It makes the arts accessible to a lot of people.” 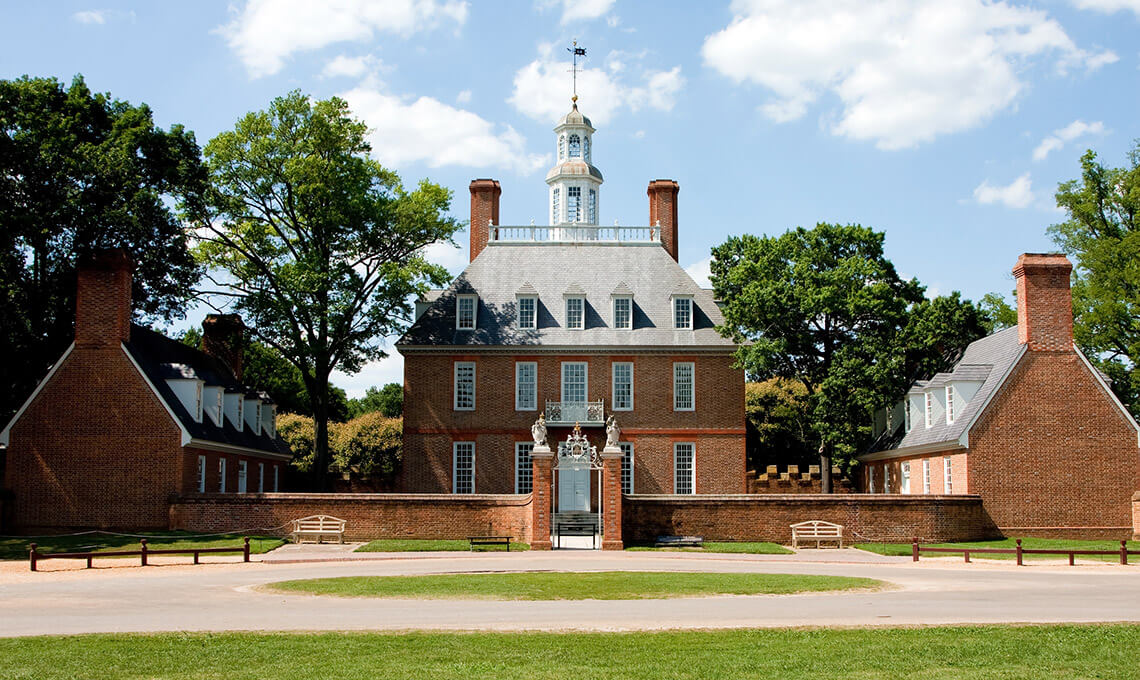 The Governor’s Palace in Colonial Williamsburg served as the home of two post-colonial governors, Patrick Henry and Thomas Jefferson, until the capital was moved to Richmond in 1780. photograph by phakimata/iStock/Getty Images Plus

There’s a reason Colonial Williamsburg has been described as one of the world’s premier living history museums. This 301-acre site is dedicated to telling the stories of 18th-century inhabitants. Spend the day exploring the tree-lined lanes and you’ll feel like you’ve genuinely stepped back in time.

Discover the grand governor’s palace, capitol building, and courthouse; watch costumed interpreters demonstrate trades like blacksmithing, brickmaking, and gunsmithing; browse the exhibits at the DeWitt Wallace Decorative Arts Museum; pick up treasures at unique shops while surrounded by 18th-century-inspired architecture; dine on colonial-inspired fare in taverns and pick up old-fashioned treats; and stroll through the arboretum and gardens.

Ellen Morgan Peltz, the public relations manager for The Colonial Williamsburg Foundation, also recommends stopping at one of the archaeological excavation sites like First Baptist Church or Custis Square to watch archaeologists digging for clues to the past. The “Nation Builders” are also worth visiting.

“Colonial Williamsburg’s Nation Builders, first introduced in 2005, are a group of actor interpreters who research and embody specific historical figures such as George Washington and Thomas Jefferson as well as less well-known Williamsburg residents,” Peltz explains. “[The program] gives visitors a chance to interact with historic figures through stories, discussion, and questions.” 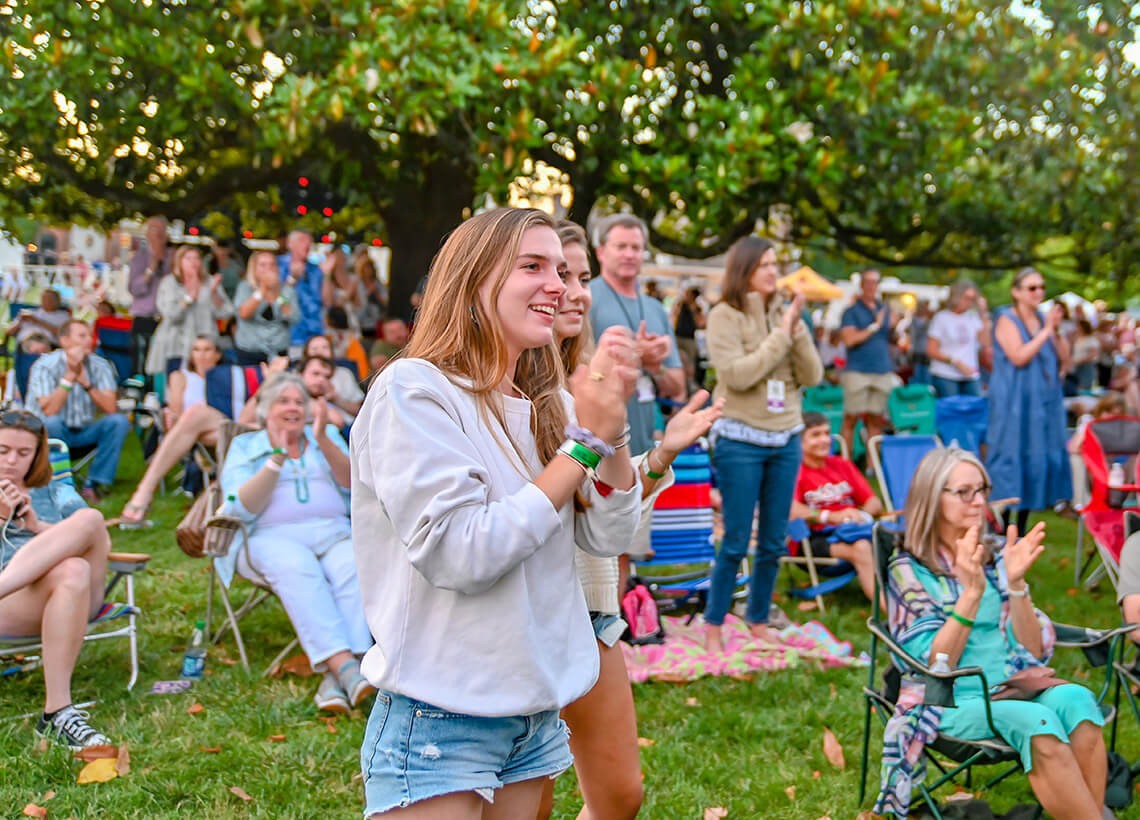 Bring a chair and a blanket to Colonial WIllismaburg to enjoy incredible live music during Williamsburg Live. Photography courtesy of Virginia Arts Festival

After a day spent exploring Colonial Williamsburg, take a seat under the stars in the summer evening breeze, and watch a star-studded lineup of Grammy Award-winning performers like Jason Isbell and the 400 Unit, country legend Martina McBride, and pop singer and actress Mandy Moore.

Williamsburg Live, part of the Virginia Arts Festival, is one of the premier live music events in the state. It’s held on the lawn of the Art Museums of Colonial Williamsburg from June 17 to 19 and includes live performances, local and regional foods, and craft beer and wine in an iconic atmosphere.

“It’s the best way to kick off your summer,” Starkey says.

Reserve a seat on the lawn or in the impressive tent just steps away from the historic grounds of Colonial Williamsburg.

Today, the Richardsonian Romanesque mansion built in 1894 still welcomes visitors, but instead of cordials and courting, the red-brick mansion in the Freemason District in downtown Norfolk offers a lesson in 19th-century life and decorative arts. 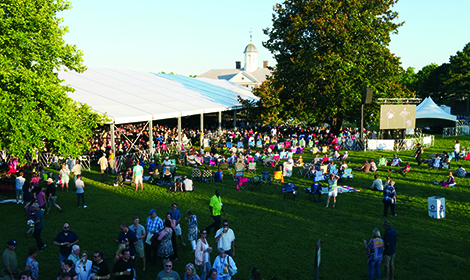 Freemason Street — named for the original Norfolk Masonic Lodge that occupied this street in the 1700s — is part of a 14-block historic neighborhood in downtown Norfolk filled with homes dating back centuries.

The Cannonball Trail, a self-guided tour of the neighborhood (which is listed on the National Register of Historic Places!) highlights the history of the Freemason District, including its beginnings as a summer retreat for the wealthy.

Stroll the cobblestone streets, taking in the historic homes; visit the Hunter House Victorian Museum and the Pagoda and Oriental Garden; and be sure to stop at Freemason Abbey for a bowl of she-crab soup for lunch.

Take a walk on the modern side

Southeast Virginia is often renowned for its history but the Virginia Museum of Contemporary Art offers a much more modern take on the arts. The ever-changing exhibits at this Virginia Beach museum feature the works of local, national, and international artists.

The museum adapts and reinvents the space with each exhibition, making it feel like a new experience each time, according to Kerry O’Donnell, the director of marketing and events.

After visiting Virginia MOCA, O’Donnell suggests exploring the ViBe Creative District, an arts and cultural hub near the beach. The vibrant, colorful district is home to art galleries and public art displays ranging from murals to sculptures that are worth checking out. 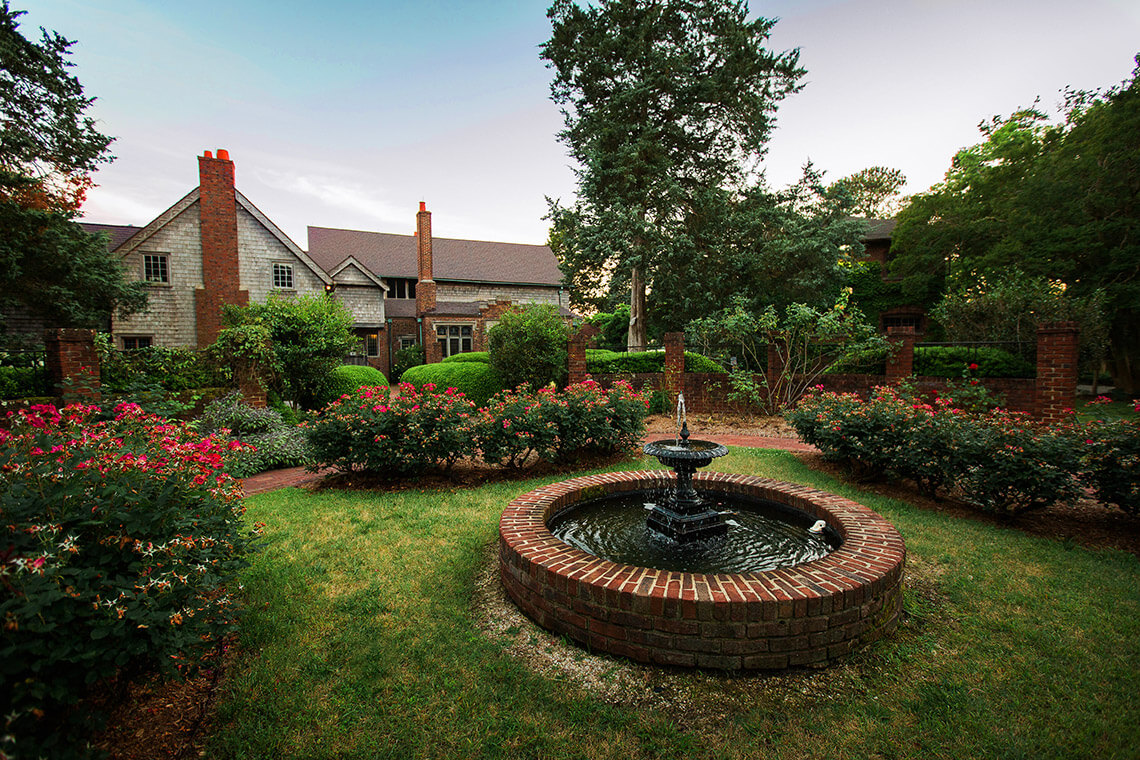 Explore the beautiful grounds of the Hermitage Museum & Gardens in Norfolk. photograph by Justin Hankins Photography

Stop and smell the roses (and gorgeous blooming lilacs, peonies, and hundreds of other varieties of plants) in the 12 acres of gardens and grounds at the Hermitage Museum & Gardens in Norfolk.

The stunning arts-and-crafts estate, built in 1908 as a summer retreat on the shores of the Layfayette River, is home to a nationally recognized art collection spanning 5,000 years, exhibition galleries and, of course, beautiful gardens.

“There are several cozy, quiet spots throughout the gardens to enjoy a book, picnic, or even meditation,” says Jennifer Lucy, the curator of community engagement at the estate.

The museum even curates a seasonal playlist to enjoy during your stroll. But — even better — check out the events calendar and plan a visit when the museum is hosting a summer concert or immersive theater performance.

Or, for more blooms, head to the Norfolk Botanical Garden, Virginia’s largest botanical garden. Bring a picnic or stop by on a Wednesday morning for a hot cup of joe from Bear House Coffee Roasters on-site. Then stroll through the grounds, which feature butterfly, hummingbird, and rose gardens, a wildflower meadow, shady woods, and much more. Art in the Garden, which includes sculptures, topiaries, and statues, highlights the perfect pairing of art and nature — a fitting end to an art-filled spring or summer weekend in Southeast Virginia.