Sure, as the leaves begin to change, the mountains might be on your mind. But picture this: swaying live oaks, dozens of historic antebellum homes, a charming waterfront filled with restaurants and shops, fresh seafood off the docks, and nearby beaches to explore. Think of Georgetown, founded in 1732, as South Carolina’s best-kept secret — a mini-Charleston away from the hustle and bustle of the city. Here are seven reasons why you should pay a visit to the Lowcountry this fall.

Georgetown, SC, made USA Today’s America’s Best Coastal Small Towns list two years in a row! Those who call Georgetown home — and those who have visited our historic city — aren’t surprised by the designation. Once you visit, you’ll understand why!

Better bring a cooler! One of the best things about visiting Georgetown in the fall is the abundance of fresh, locally caught seafood — especially in-season blue crabs, shrimp, oysters, and flounder. Enjoy fresh fish with a view of the water at the River Room Restaurant — the fried seafood platter loaded with shrimp, oysters, scallops, and deviled crab will not disappoint — or fill up on she-crab soup, crispy fried flounder, and tuna tartare tossed in a soy-lime dressing on the back deck of Big Tuna Raw Bar. But Independent Seafood Market is the best place to end your trip: The dockside market has been around for 75 years and receives daily boatloads of seafood from local fishermen. Buy a few pounds of fresh shrimp to take home with you for your own Lowcountry Boil. 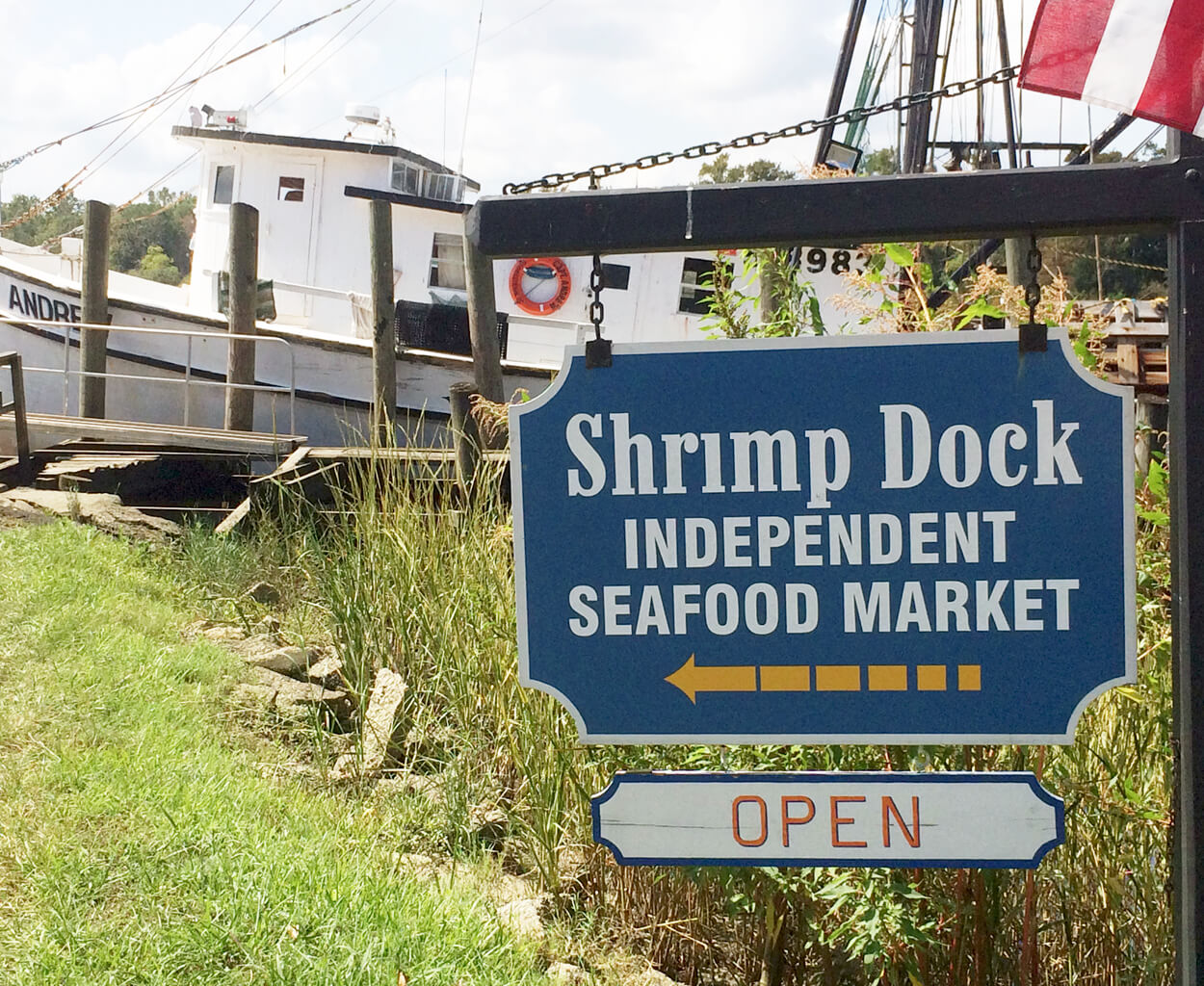 Stop by Independent Seafood Market for an assortment of locally caught seafood. photograph by Clayton Stairs

This beloved annual event is the perfect excuse to visit Georgetown in October. On October 19 and 20, see more than 140 classic wooden boats displayed on both land and water — one of the best exhibits of its kind in the nation. The downtown event will also feature maritime arts and crafts, food, music, a boatbuilding competition, kids’ model boatbuilding, and knot-tying. On Saturday, watch teams of two race to build a rowing skiff and then test their seaworthiness in a rowing relay on the Sampit River.

This pretty white-washed-brick lighthouse was built on North Island, near the entrance to Winyah Bay, in 1812. It replaced the original tower, built in 1790, that was destroyed by a hurricane in 1806. Today, the unsettled barrier island is accessible only by boat, so board Rover Boat Tour’s 40-foot pontoon for a tour. If you’re lucky, you’ll spot dolphins and sea turtles on the ride over. When you arrive, you’ll see the still-operational lighthouse and hunt for shells on the deserted beach — fewer summertime tourists means better fall finds. 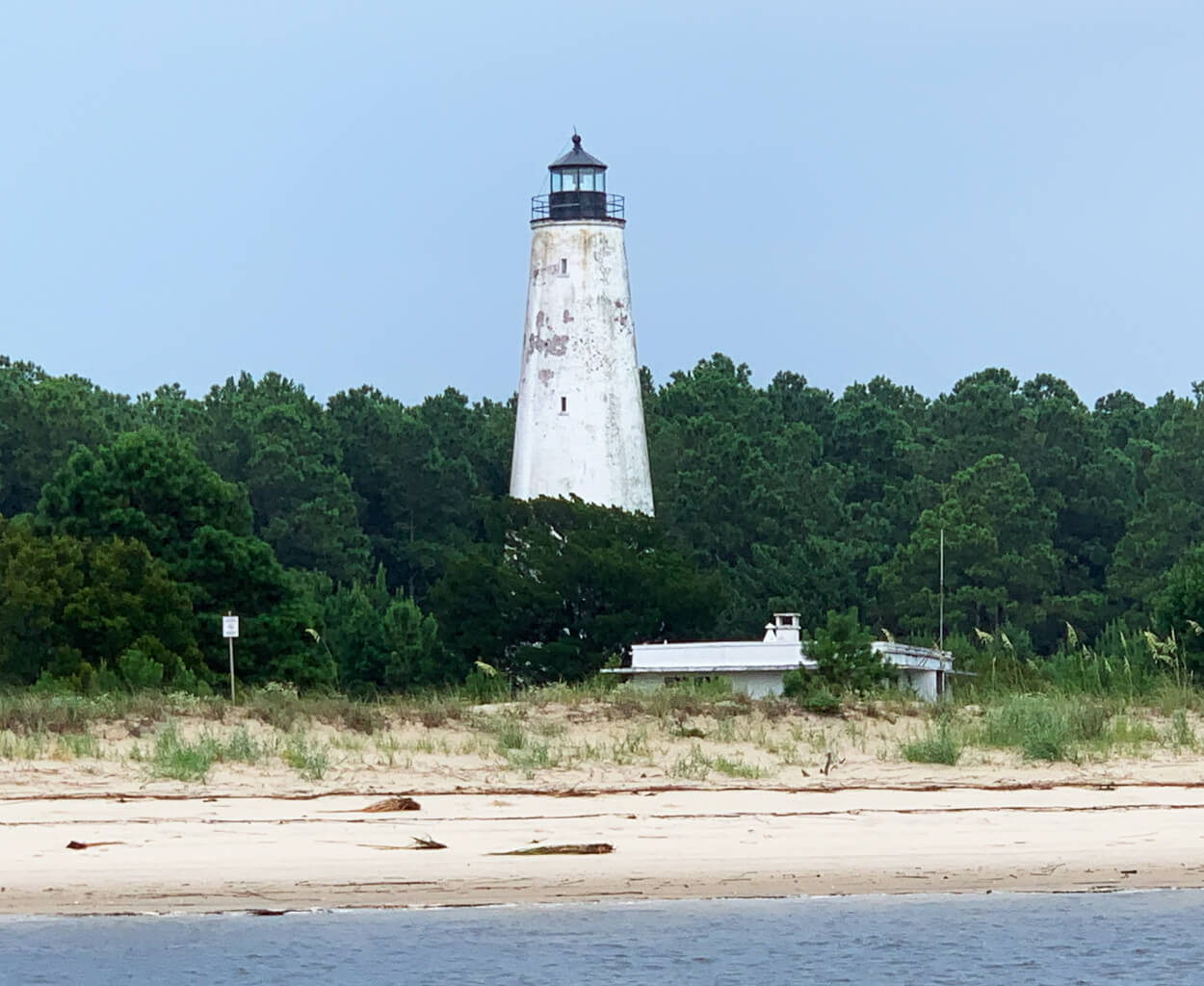 While heading out to see this Georgetown staple, keep your eyes peeled for marine wildlife. photograph by Mark A. Stevens

Just beyond Georgetown’s historic Front Street, a boardwalk follows the edge of the Sampit River. Keep an eye out for two Civil War cannons flanking an entrance to the Harborwalk, then take a stroll along the river, where you’ll spot fishing boats headed to and from Winyah Bay, wildlife like herons and egrets, beautiful sunsets, and tasty restaurants to grab a bite. Follow the walk to admire the circa-1769 Kaminski House, a beautiful waterfront antebellum house-turned-museum. 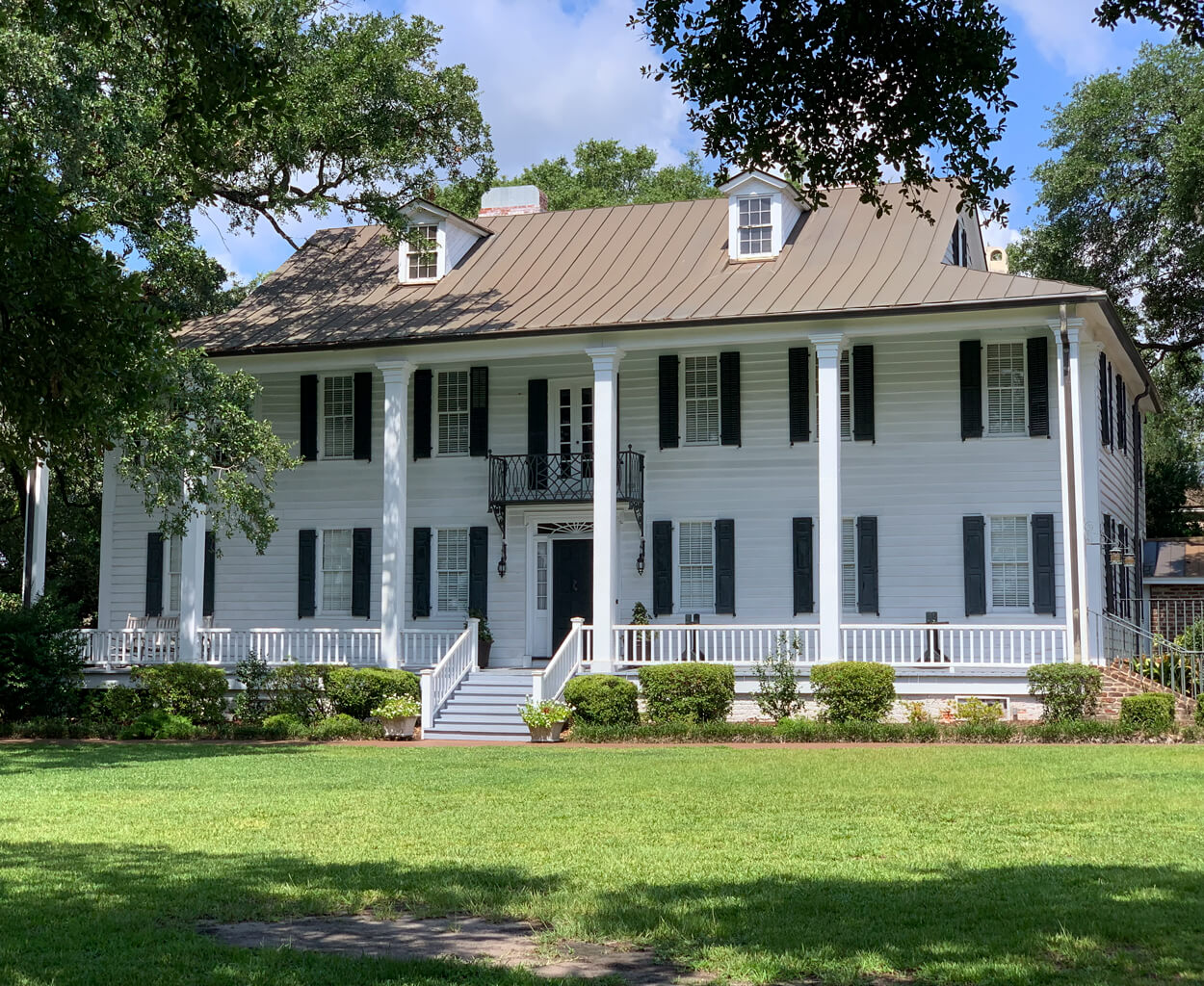 Strolling along the Harborwalk, you’ll find the Kaminski House, an antebellum home that’s now a museum. photograph by Mark A. Stevens

Celebrate the maritime history of South Carolina and Georgetown at this charming museum, located in a former five-and-dime on the waterfront. Check out the original brick walls and maple floors in the 1920s-era building, and spot birds and boats from the large deck overlooking the Sampit River. Inside, exhibits feature old photographs, documents, models of historic ships and boats, and nautical artifacts. Don’t miss the anchor of the collection: the original Fresnel lens — first used in the 1800s and originally lit by whale oil — from the old Georgetown Lighthouse.

There are no chain stores in downtown Georgetown. Instead, you’ll find dozens of local boutiques and shops, art galleries, and antiques shops. Browse Augustus & Carolina for indoor and outdoor furniture, home decor, and one of the largest Asian and European antiques collections in the South. Or check out Emma Marie’s Antique Shoppe for more general oddities. Just be sure to give yourself enough time to browse!

You begin exploring American history at The Rice Museum before you even step foot through the door. The stately Old Market Building, which features a clock tower and was built in the mid-1830s, is listed on the National Register of Historic Places, and throughout its history has served as a slave auction venue, a town hall, a local jail, and an open market. Georgetown formed around the trade of indigo, but by the mid-1800s, rice was its main export. Learn more about this time period through extensive artifacts, regional artwork, seasonal exhibits, and even an enormous restored 18th-century cargo ship, which was uncovered at the bottom of the Black River in 1976; maritime buffs will appreciate the coins, china, and belt buckles recovered from the boat. 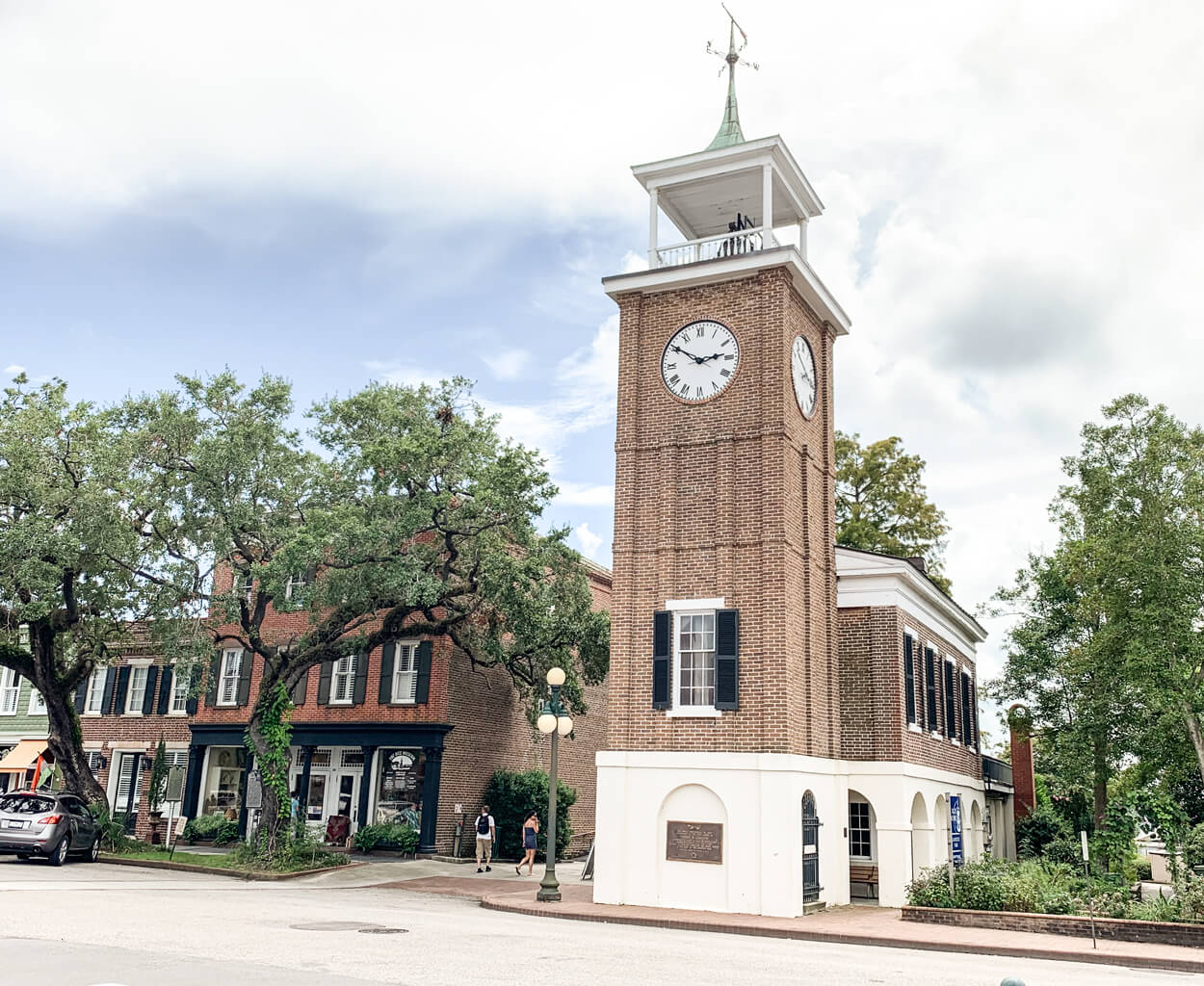 Learn more about the history of Georgetown at The Rice Museum. photograph by Mark A. Stevens

For more ideas on how to spend time in Georgetown, visit DiscoverGeorgetownSC.com.