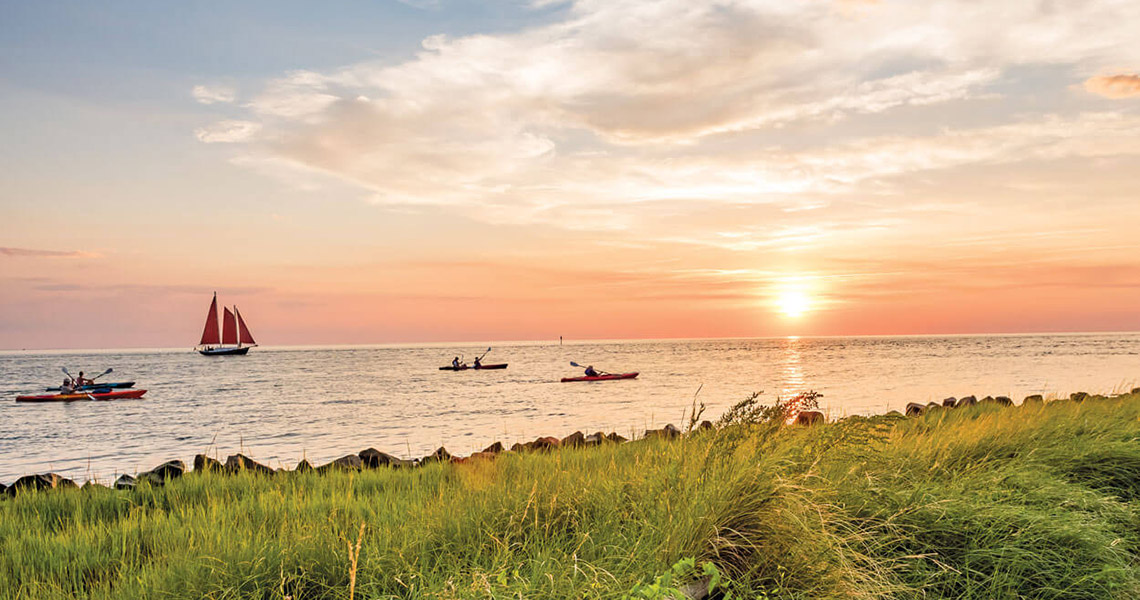 SPONSORED BY Our State Magazine

Kayaks and sailboats floating on Pamlico Sound echo seafaring vessels of the past: Centuries ago, Native Americans and colonial pilots found refuge on what is now the 122-acre Springer’s Point Nature Preserve. In the 1700s, the pirate Edward Teach (aka Blackbeard) often visited from his home across the sound in Bath — and fought his final battle on nearby waters, known to this day as Teach’s Hole.

Brand New From Our State 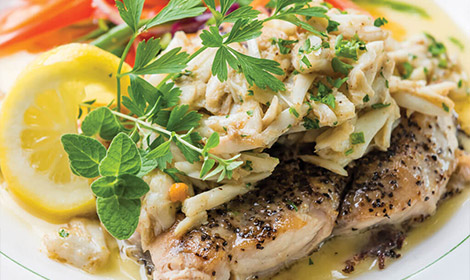 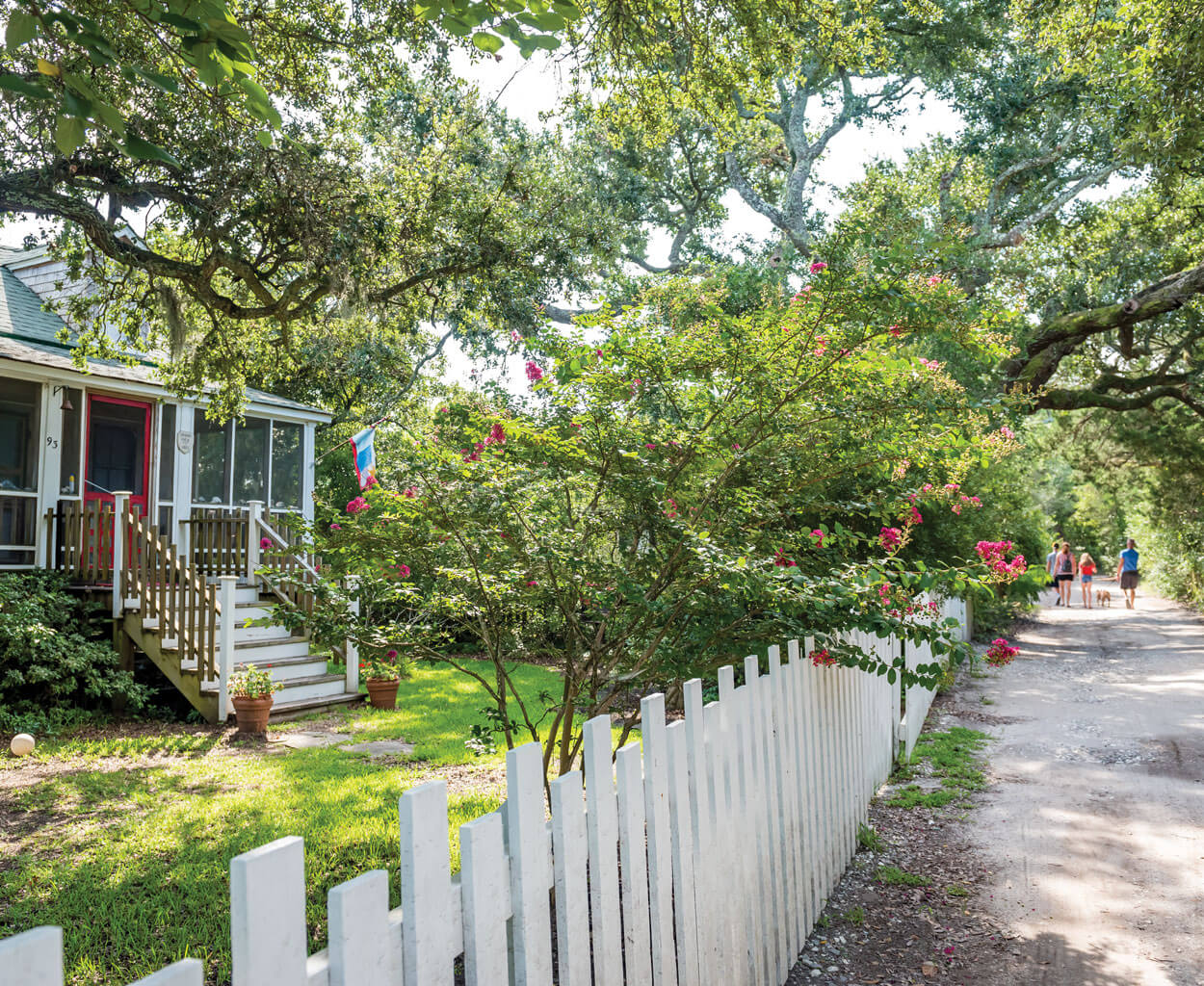 The island’s oldest and most famous street remains unpaved, its sandy ruts stabilized by shells and stones and centuries of foot traffic. Howard Street is still home to members of its namesake family, including Philip Howard and his daughter, Amy, and Philip’s store, Village Craftsmen. Philip started the business back in 1970, selling American-made crafts out of a tepee. He also runs a blog to preserve and share Ocracoke history, traditions, and culture. 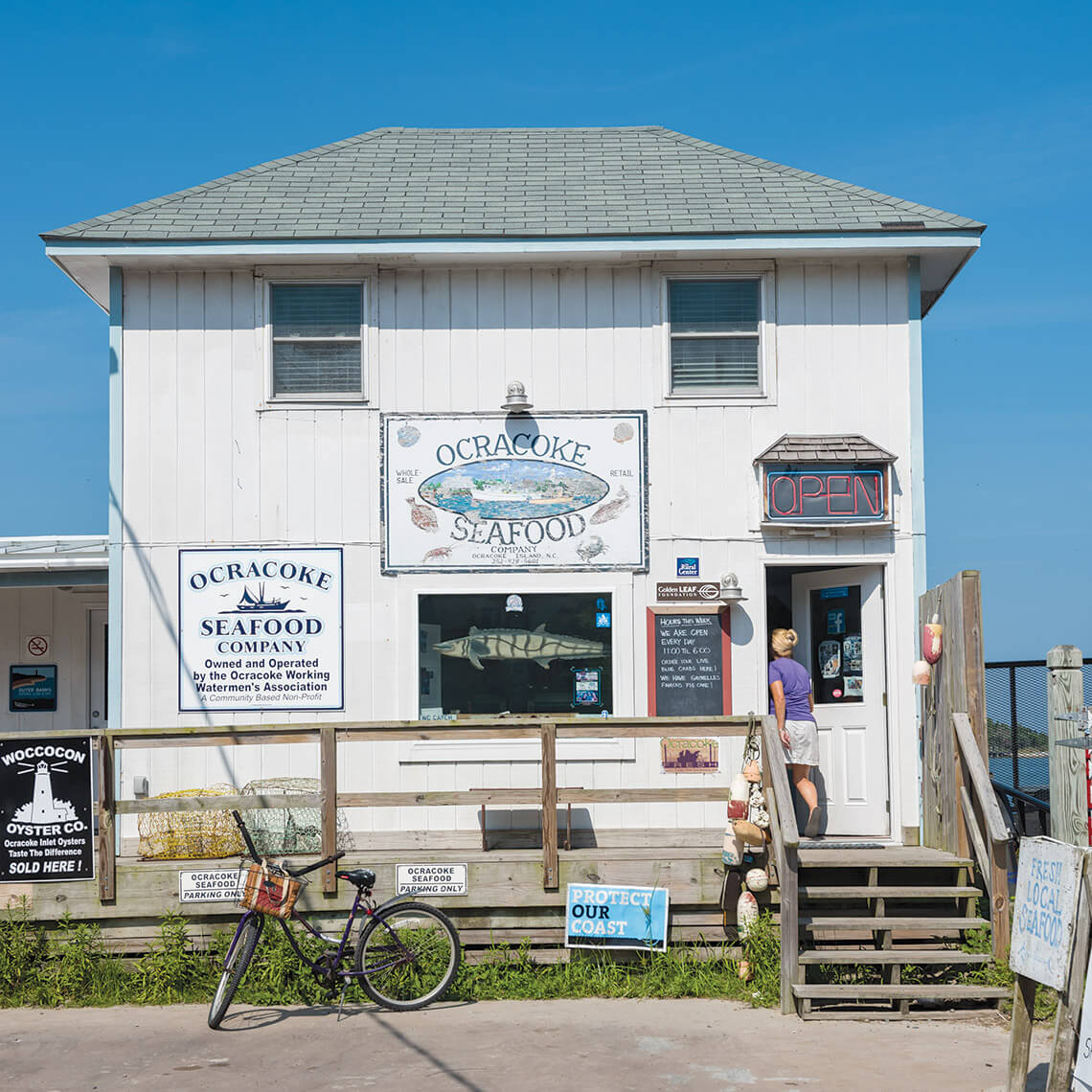 Pick up the catch of the day at Ocracoke Seafood Company. photograph by Emily Chaplin and Chris Council

Every morning around 7 a.m., boats start pulling up behind the village fish house, sending schools of Spanish mackerel, bluefish, and cobia sliding down a conveyor belt to be sorted. Ocracoke Seafood Company operates as a community-based nonprofit, managed by fisherman Hardy Plyler and his wife, Pattie. Customers can buy the day’s catch from Pattie in the retail shop up front, then wander to the back to watch the watermen and -women work. That connection is vital, the Plylers say. When customers can see the boats come in, smell the fish, and hear the stories of folks who work on the water, they understand where their food is coming from, and they know it’s real. 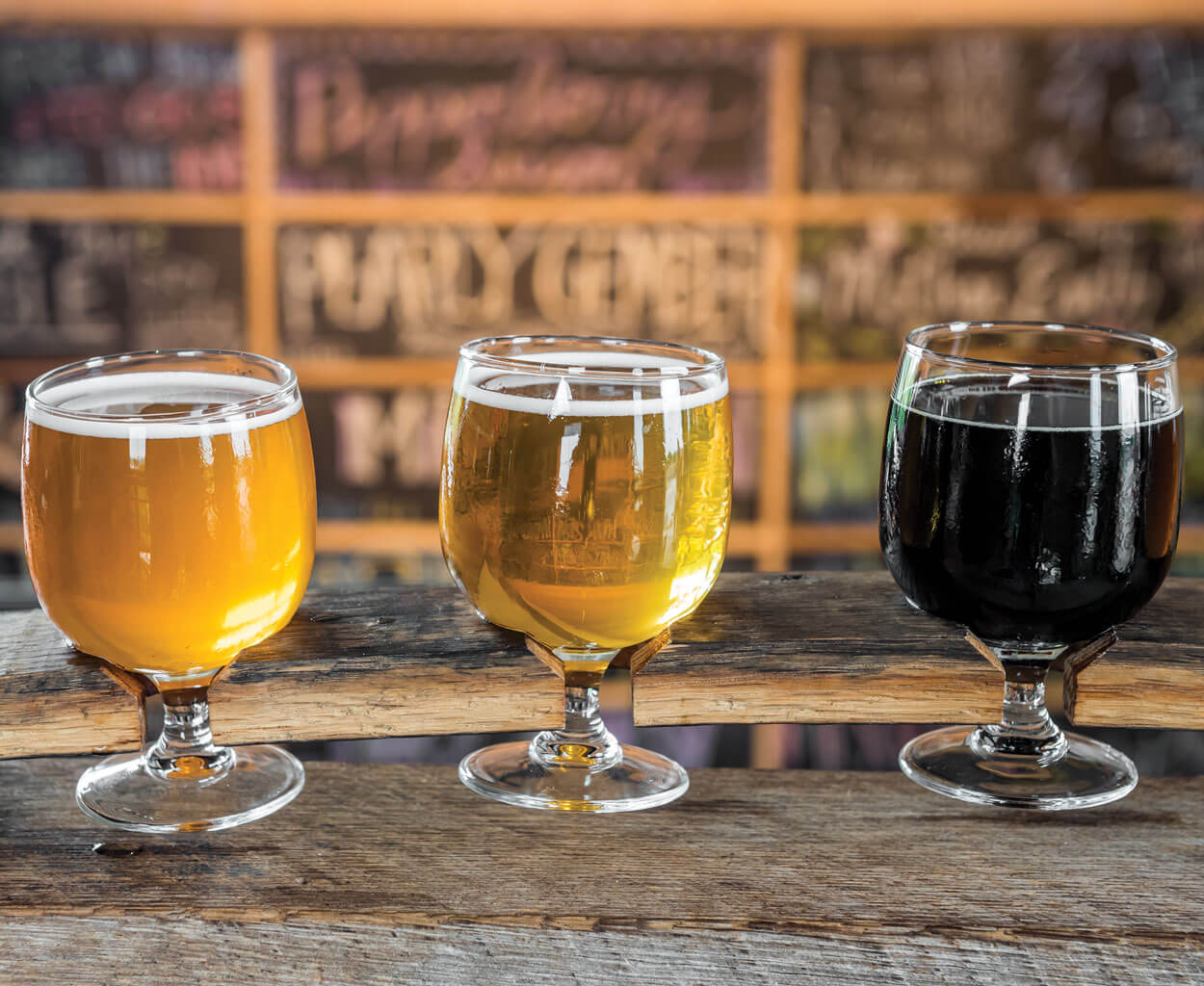 In 2017, nearly 300 years after Blackbeard was killed off the coast of Ocracoke, locals raised a toast to the island’s brand-new craft brewery — named for the year of the pirate’s demise. 1718 Brewing Company serves up popular brews like Pepperberry Saison; Brunch, a coffee kolsch; and Mexican Chocolate Stout alongside bites from the brewery’s in-house restaurant, Plum Pointe Kitchen. 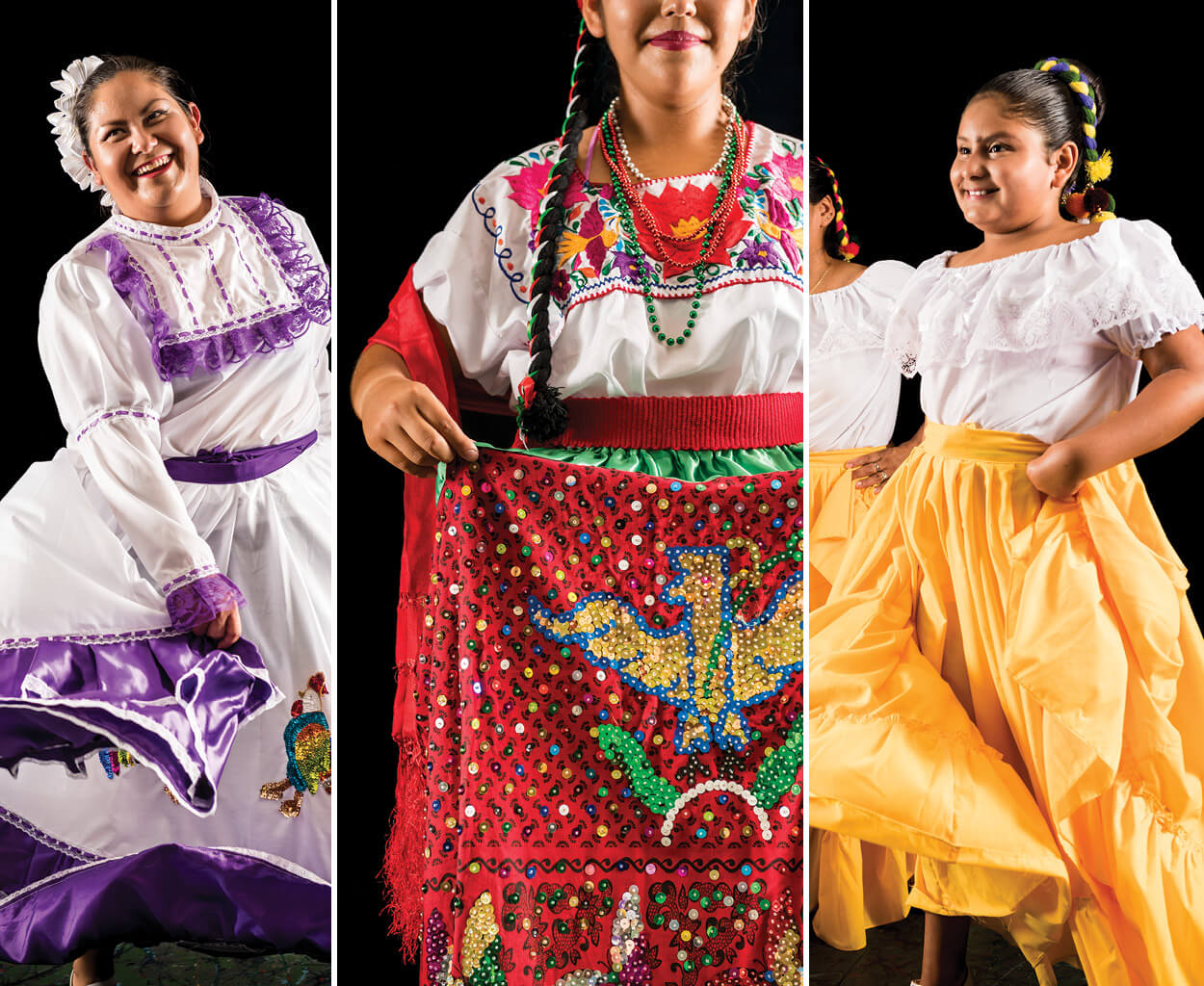 Over the past two decades, Ocracoke’s Hispanic community has grown to compose about 20 percent of the island’s full-time population. In 2016, the arts organization Ocracoke Alive helped start a new tradition: Each November, Festival Latino de Ocracoke celebrates the 31 states of Mexico with food, music, and performances by groups like Ballet Folklórico de Ocracoke. 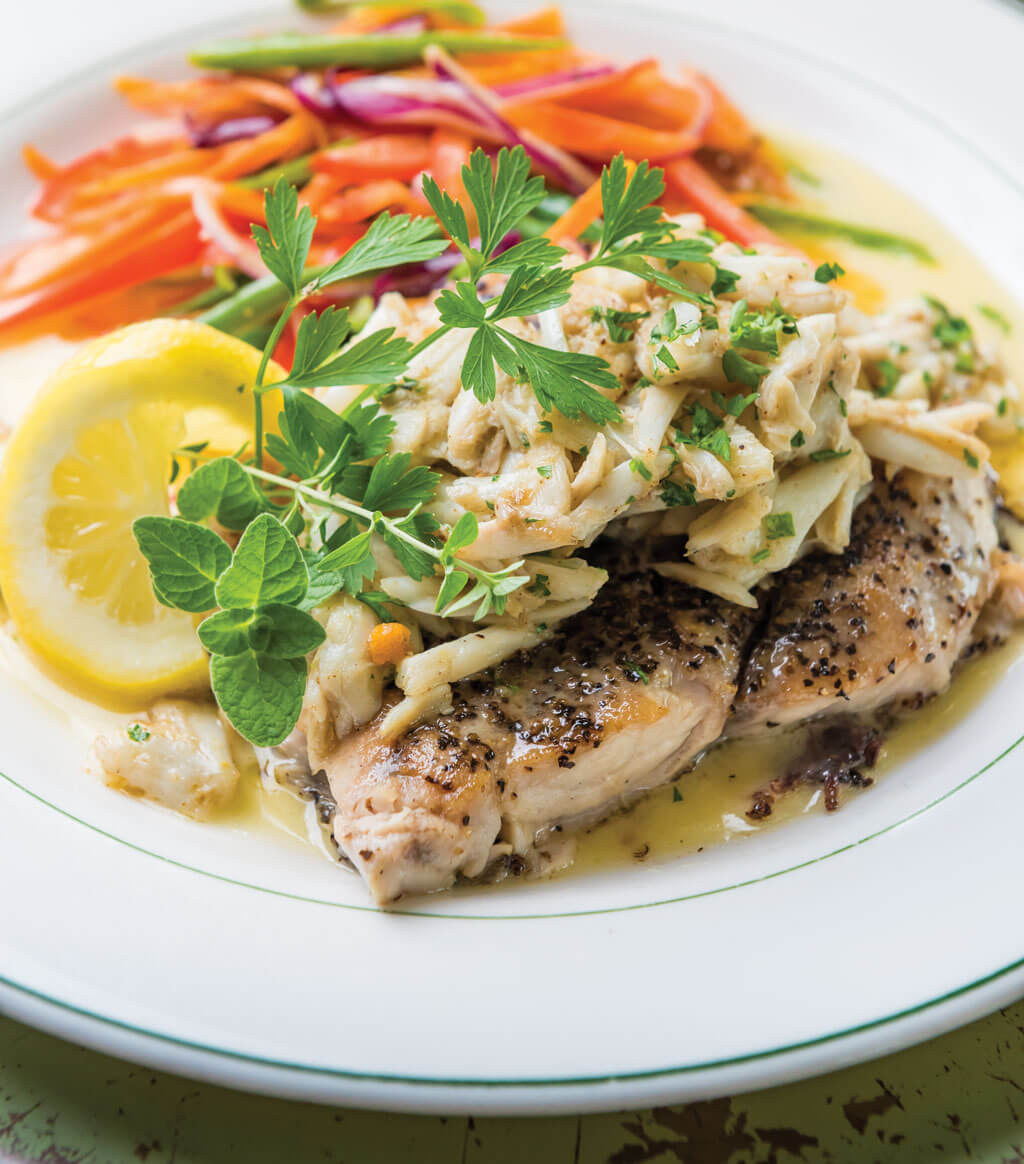 When the Flying Melon Café moved into a new building in 2013, Michael Schramel and his family wove together touches of Michael’s native New Orleans — the bar top, a slab of century-old “sinker” cypress, was pulled from Louisiana waters — with elements of coastal North Carolina, like a “tower” inspired by local lifesaving stations. The two locales are linked on the plate, too: Dishes like red drum topped with sautéed crabmeat and lemon beurre blanc, which combine the day’s catch with food traditions from Michael’s youth, make up the menu’s heart. 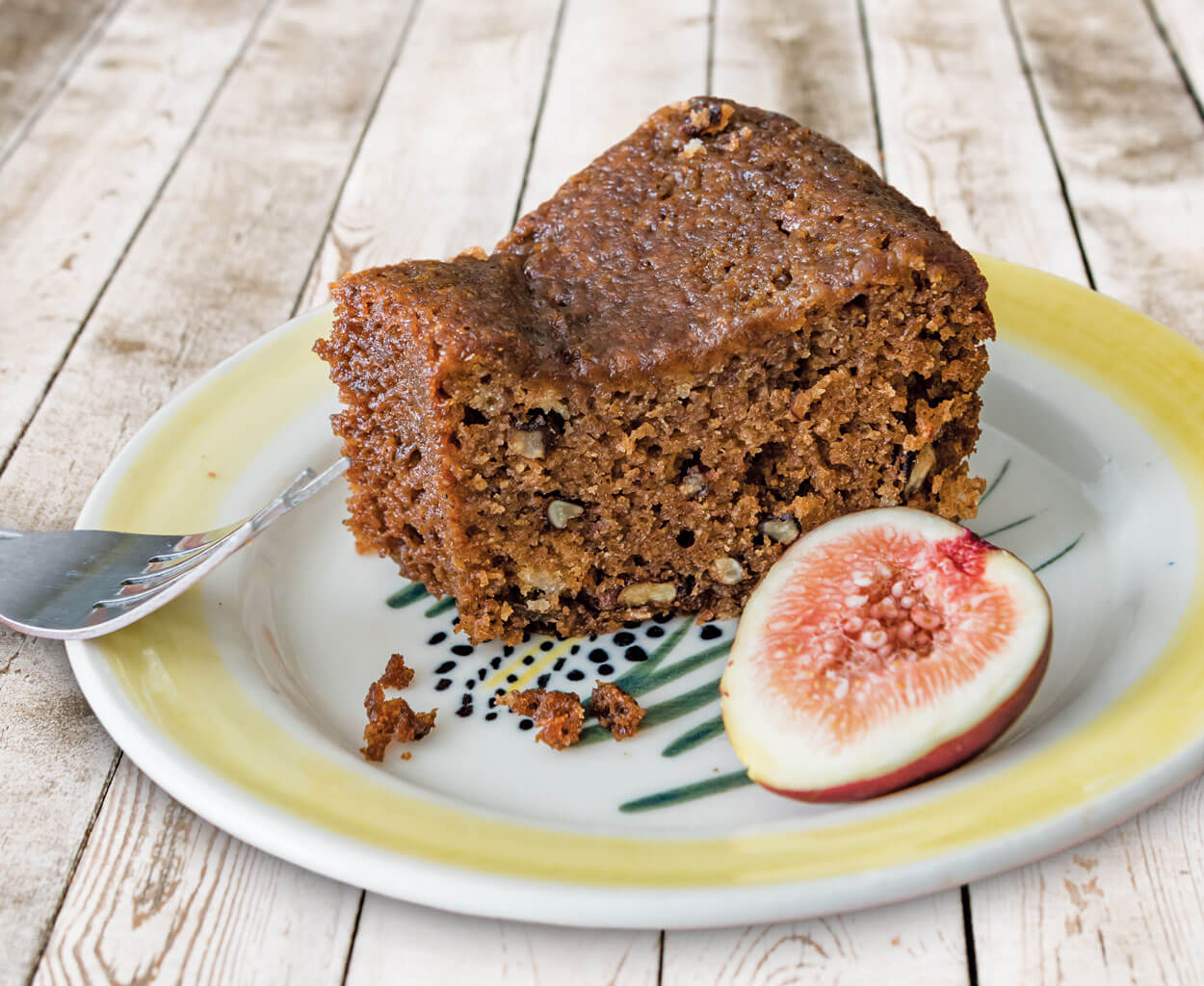 Ocracoke’s signature dessert: a cake made with island-grown figs. photograph by Emily Chaplin and Chris Council

A Taste of Ocracoke

Fig trees have grown here almost as long as there have been permanent residents, having likely arrived on the North Carolina coast with 18th-century settlers. Most Ocracokers credit the late Margaret Garrish with the creation of the island’s signature dessert: Apparently, while baking a date cake sometime in the 1960s, she used preserved figs that she had on hand instead — and the Ocracoke fig cake was born. Every August at the Ocracoke Fig Festival, bakers pay tribute to Garrish’s invention with a competition based on her recipe. What started as a simple improvisation in a home cook’s kitchen has endured as a symbol of islanders’ independence and ingenuity.