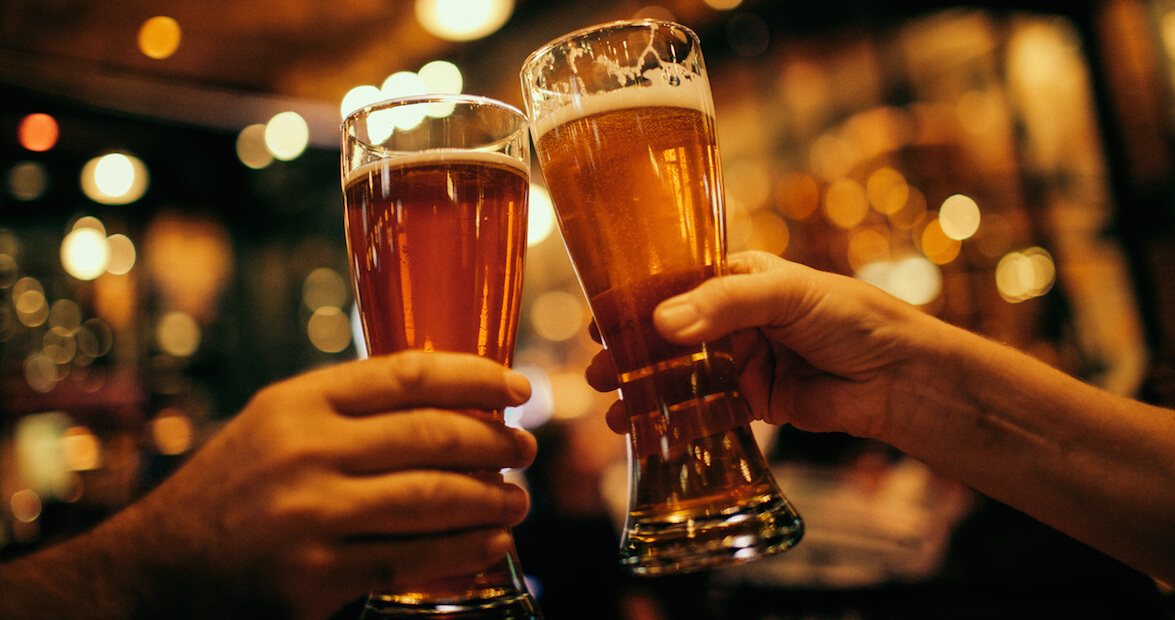 Now in its second year, the Homebrew Competition brings together a number of local, amateur beer makers to see who crafts the — you guessed it — best home brew. Participants must have never sold or distributed their creations to a brewery or pub, so the taste-testing public will try beers that few people have ever sampled. Admission is free.

Hop from one exciting venue to the next while exploring part of Jackson County’s Ale Trail. Participants take their souvenir glasses with them as they visit City Lights Café, Innovation Brewing, Balsam Falls Brewing, Mad Batter Food & Film, and The Cut Cocktail Lounge, tasting two local or regional beers at each stop. Purchase tickets here.

Take a narrated trolley ride and learn about the historic taverns, and other local highlights, of Edenton. The trolley makes a 15-minute sampling stop at Waterman’s Bar & Grill and another at Edenton Bay Trading Company before returning for a demonstration of colonial brewing techniques at the James Iredell House Kitchen. Email Natalie Harrison to purchase tickets.

Fearrington is celebrating North Carolina Beer Month with its first-ever Beer Festival. Attendees can try beers from a wide variety of the state’s craft breweries, participate in events happening throughout the shops, and feast on offerings from Tar Heel vendors — all while enjoying the camaraderie of their fellow beer lovers. Purchase tickets here.

Make your way between Hi-Wire’s two Asheville locales, beginning at its tasting room and finishing at the brewery itself. There will be music and beer from 10 a.m. till 2 p.m., with corn hole, life-size beer pong, and KanJam, as well. A food truck fest will begin at the finish line, and everyone who completes the event will receive a free pilsner glass and a custom metal coaster. Purchase tickets here.

The University Libraries at the University of North Carolina at Greensboro has created a new digital project celebrating the history, culture, and business of beer and brewing in Greensboro, and it has partnered with Little Brother Brewing to launch it. Come see historic photos, recipes, and other memorabilia; try for giveaway prizes such as custom pint glasses; and learn more about what makes Greensboro’s beer scene really hop. The Libraries and Little Brother will also be collaborating on a new, unique beer to further commemorate the partnership. Admission is free.

Sample beers from Wilmington’s soon to be 13-plus breweries, enjoy live music, and indulge in food truck offerings while helping a worthy cause. Proceeds from the showcase benefit The Carousel Center, a nonprofit organization assisting victims of child abuse throughout southeastern North Carolina. Purchase tickets here.

A day of fun on the farm. Bluegrass performances by Tommy Edwards Bluegrass Experience, Time Sawyer, Unspoken Tradition, and Songs from the Road Band. Beer, cider, and food available for purchase. Purchase tickets at the gate.

This 16th annual event features beers from more than 50 southeastern microbreweries. Combine the wide beverage selection with live music and you have a can’t-miss event.

Play in a bracketed, four-person-team bocce ball tournament before chowing down on barbecue pork and chicken. Cap off the day by enjoying craft beer from Ghost Harbor Brewing and listening to music provided by a live DJ. Proceeds benefit the Albemarle United Way. Purchase tickets here.

Craft beer and burgers — what could be better? How about more than 15 burger joints and some 200 beers from 75 local, regional, and national breweries, all available during live performances of the bands Shovels & Rope, Charley Crockett, and DJ Overcash. Proceeds benefit the Second Harvest Food Bank. Purchase tickets here.

Shop Local Raleigh presents the state’s largest craft beer festival — and the second largest in the U.S. — complete with 111 Tar Heel breweries. In addition, other North Carolina vendors will offer food and fun throughout. Enjoy beer samples by the glass or the pour while listening to live music. Purchase tickets here.