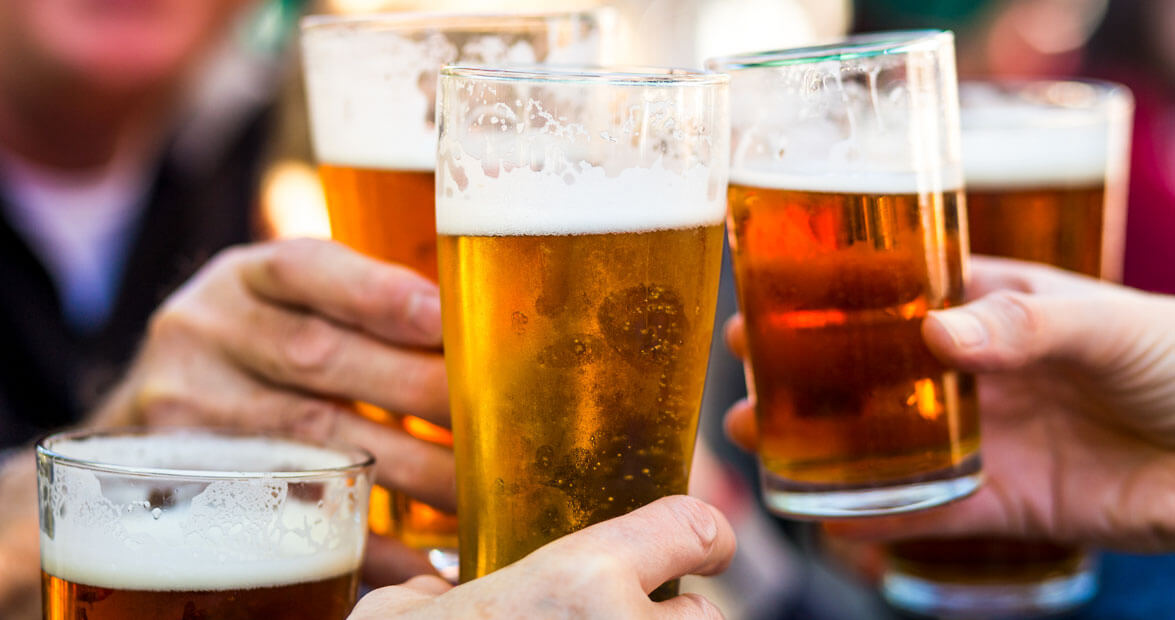 During this challenge, Charlotte breweries have five hours to sell as much beer as possible. The first brewery to kick the keg or sell the most beer wins the title of Grand Champion Brewery of Charlotte and a guaranteed tap at Carolina Beer Temple for one year. Support the brewery of your choice with your business and enjoy snacks from food trucks.

See how your brewing skills measure up at this competition sponsored by Mill Whistle Brewing and Crystal Coast Brewing Company. The winner will have the opportunity to brew with Crystal Coast. While homebrewers compete for awards, listen to live music, sip brews on tap, and taste food truck cuisine. Register for this event in person.

Taste bacon-inspired dishes from 12 restaurants and food trucks. Then take your pick of craft beer, wine, spirits, and ciders from more than 75 vendors. VIP ticket holders can also try a variety of macaroni and cheese. Purchase tickets here.

Tour the historic taverns and local highlights of Edenton before stopping for a beer at Waterman’s Bar and Grill, Edenton Bay Trading Co., and the Governor’s Pub. Participants will also watch a demonstration of colonial beer brewing at the James Iredell House Kitchen. Make reservations by calling (252) 482-2637.

Kick off North Carolina Beer Month with a race through downtown Winston-Salem. Live music, craft beer, and food will be available. Not running? Enjoy a beer as you cheer on friends from the sidelines. Purchase tickets here.

Enter a raffle for a chance to win limited-release beers from some of the highest-rated breweries in the world while raising money for the Make-A-Wish Foundation. Proceeds will go toward granting wishes for North Carolina kids facing life-threatening illnesses. This year, the foundation hopes to raise $50,000, which will allow them to grant the wishes of eight children. Purchase tickets here.

Delight your taste buds with a four-course dinner, which will include country-fried duck breast with goat cheese and a coffee stout ice cream sandwich. Ghost Harbor Brewery will provide five complementary beer selections with the meal. Make reservations by calling (252) 679-7716.

Sip beer, wine, and cider in a variety of funky styles from more than 25 beverage vendors while enjoying snacks and live music at Cedar Grove Blueberry Farm. This event helps raise money for the Orange County Chamber of Commerce, which supports local farmers and businesses. Purchase tickets here.

Take your furry friend to the park for a day filled with craft beer and other beverages, local food trucks, doggie wading pools, and live blues music from The Rusted Rails. Attendees can also meet adoptable dogs from the Animal Protection Society of Durham (APS). Proceeds from this event will help APS provide care for homeless animals. Purchase tickets here.

Chefs from restaurants in the Foothills and Piedmont will prepare seven courses, each of which will be paired with a Catawba Brewing beer. Proceeds from this event will benefit Foothills Conservancy, a nonprofit and nationally accredited regional land trust that protects the landscape of western North Carolina. Purchase tickets here.

Eat yummy treats from food trucks, sip Lonerider beer, and enter for a chance to win raffle prizes such as Disney World tickets, a private training session for your pup, and a Bissell Spot Bot. Some vendors at this event will donate a portion of their sales to Triangle Beagle, a nonprofit volunteer organization in the Triangle that fosters beagles.

Take a three-mile bike ride along Irwin and Stewart Creek Greenways and learn about the history of Charlotte’s West End and land conservation in Catawba County. After the ride, enjoy a beer from Blue Blaze Brewing. Register here.

Ever wondered how to make your own beer? Learn the science of brewing in the Catawba Science Center’s planetarium and enjoy some local craft beer in the process. To register, call (828) 322-8169.

Delight in a four-course dinner that includes dishes like beer mash-fed brisket and fried brussels sprouts with candied walnuts. Each course will be paired with a Ridge Railway brew. To register, call (704) 267-7621.

Celebrate NC Beer Month and Earth Day with a bee fest! There will be honey beer, live bees, bee-related vendors and products, and a spelling bee with a twist: Audience members can pay for their favorite spelling contestants to stay in the competition. Proceeds will benefit the pollinator project sponsored by Keep Durham Beautiful. Register for the spelling bee here.

Join other guests in an evening of plotting and planning to crack a murder mystery and stay alive. Then, take a break to enjoy a cold Skull Camp brew. Register here.

Take your pick of beer from more than 50 breweries at this event. Listen to live music and restaurants and shops in downtown Hickory. Winners from the Carolinas Championship of Beers will be announced at this festival. Purchase tickets here.

Enjoy a family outing filled with great food, kids’ activities, and craft beer, wine, and cider. Proceeds will benefit Ace & TJ’s Grin Kids, a nonprofit organization that provides a five-day, all-expenses-paid trip to Disney World for children ages 5-12 who are terminally ill or chronically disabled. This event is pet friendly and will take place rain or shine. Purchase tickets here.

Dance, enjoy a meal, listen to live music, and sip a brew from Check Six Brewing Company to help fight cancer. A portion of beverage sales and all additional donations will be given to Relay for Life, a nonprofit that aims to help find a cure.