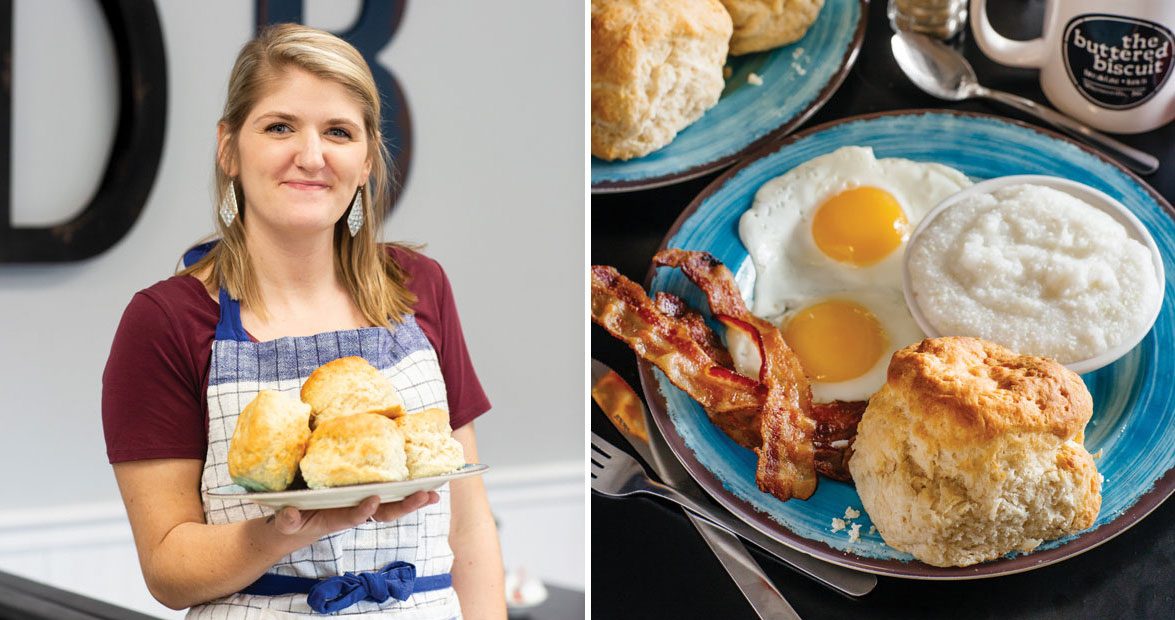 No skimping here. Vargo says that the biscuits are about five or six inches across and four inches high, weighing between six and seven ounces each. Which is a pretty darn big biscuit. Some might call it a cathead biscuit, except that, despite the common use of the term to describe size — as big as Fluffy’s head — there’s more to making them than that. Here, the dough is rolled out and cut. But traditionally, cathead biscuits are drop biscuits, which means that they’re made from a moist batter and dropped from a spoon, resulting in a biscuit that has small tufts that resemble a cat’s fur. Most of the time, though, if a menu says “cathead,” it’s referring to a smooth-topped biscuit behemoth.

There are plenty of places to get your big-biscuit fix, but The Biscuit Factory in nearby High Point offers softball-size biscuits. Over at Flo’s Kitchen in Wilson, the biscuits are almost as large as hamburger buns — the better to stuff them with savory favorites. So, who offers the state’s biggest biscuit? Well, that’s as hard to answer as which barbecue is best.