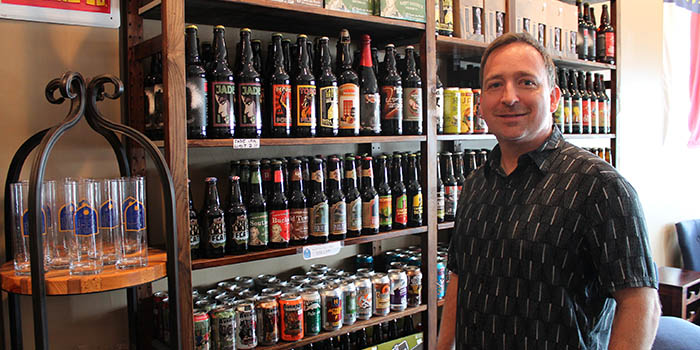 Rob Jacik recalls that he and his wife, Megan, were drinking beer at a wine store several years ago when they asked themselves why there weren’t more stores that focused just on craft beer.

It turned out that the solution for Jacik, who was ready to leave the corporate world after a nearly 20-year career, was to start his own business.

The couple began by learning all they could about the beer culture in Europe. “The first step we took actually was to go to Belgium, because the best beers in the world are made in Belgium,” Jacik says, noting that one discovery they made was that most of the beer consumed in Belgium is Belgian beer.

He wondered if North Carolinians would embrace the same concept, choosing beer made here.

Some of the breweries in Belgium are associated with monasteries, hence Jacik’s idea to include the word “temple” in the name. This temple even has its own throne, a tall red chair at the back of the store near the cooler. 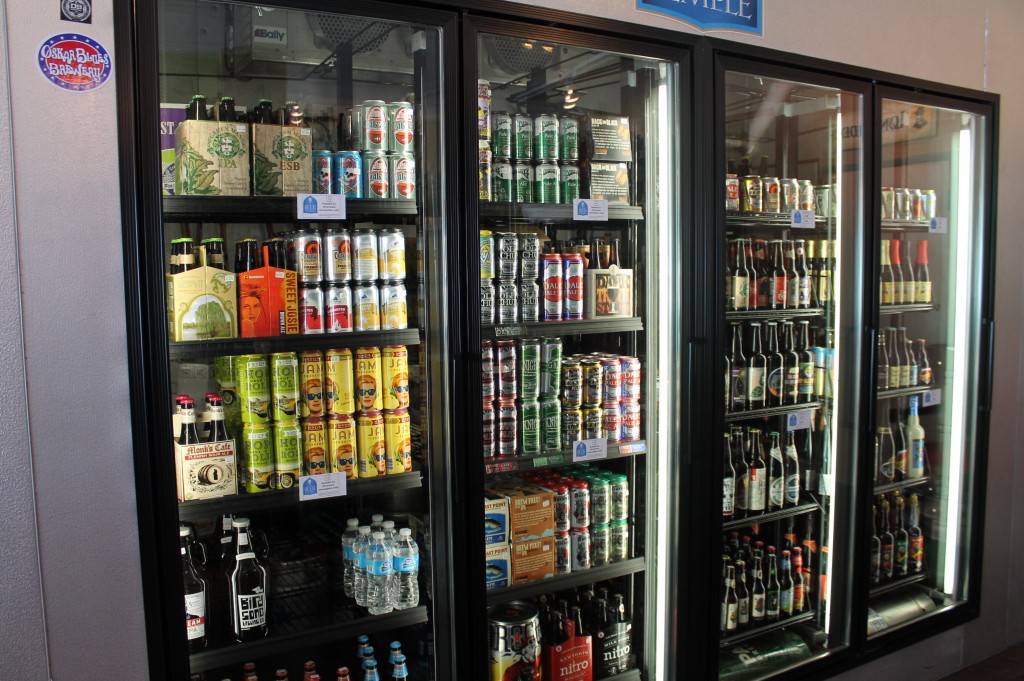 Carolina Beer Temple in Matthews offers a wide variety of craft beers for sale from North Carolina and around the United States, as well as beers from Belgium. photograph by Hope Yancey

Camaraderie and a collaborative atmosphere help to distinguish the craft beer community. “Craft brewers – there’s a passion for what they’re doing,” he says. “They’re not in it strictly for the money. They’re in it to make a good product, and they want to share that product.”

Carolina Beer Temple offers about 450 craft beers from North Carolina and across the United States for sale, as well as a selection of Belgian beers. Most any beer in stock is available as a single, and customers who build their own six-pack receive a discount of 10 percent.

The bar has 16 rotating taps with a new beer menu printed daily. At least eight of the taps are always beers brewed in the Carolinas, and there is usually something from the Charlotte area. Jacik says that all of the beers from Charlotte sell well.

Glassware is important: “You can’t taste the beer if you can’t smell it,” Jacik says. He explains that the rounded shape of Belgian-style beer glasses traps the aromatics to enhance the drinking experience. Different breweries in Belgium have their own types of glasses. 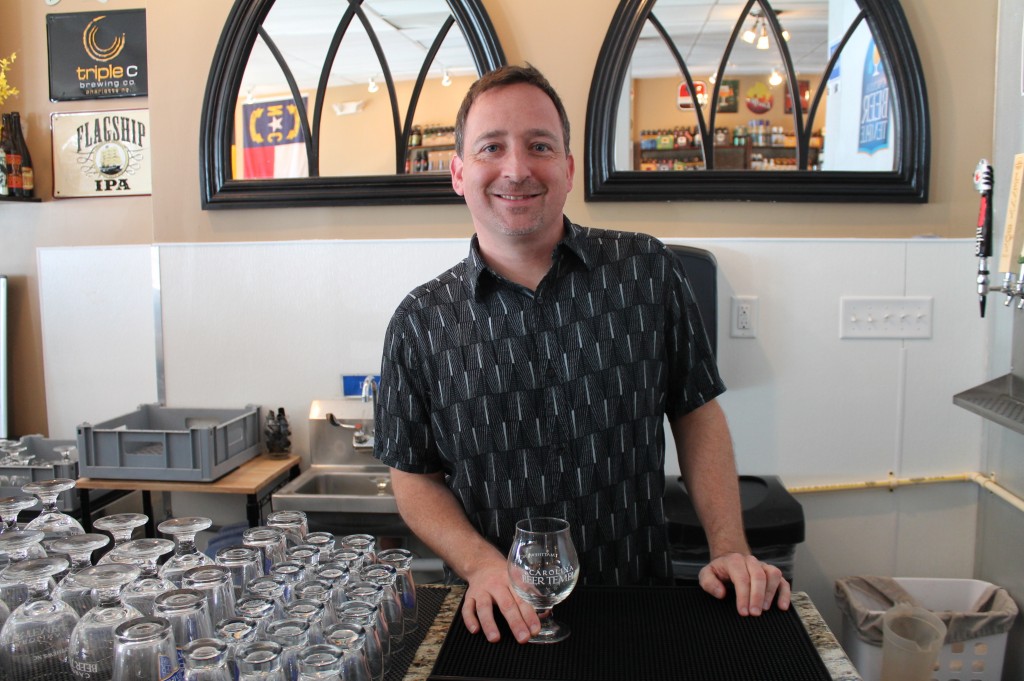 Rob Jacik stands behind the bar of the Carolina Beer Temple. photograph by Hope Yancey

Short draft lines at Carolina Beer Temple mean the beer stays cold, and the lines are easier to keep clean. Every line has its own regulator to adjust the carbon dioxide level.

There are many rewards in running a small business. From the support of neighboring establishments – such as Black Chicken Wine Cellar next door – to the enjoyment of seeing regular customers stop in, “There’s just never a bad day,” he says.

—
Hope Yancey is a freelance writer in Charlotte. She is a regular contributor to the community news editions of The Charlotte Observer. Click here to read more of her articles.