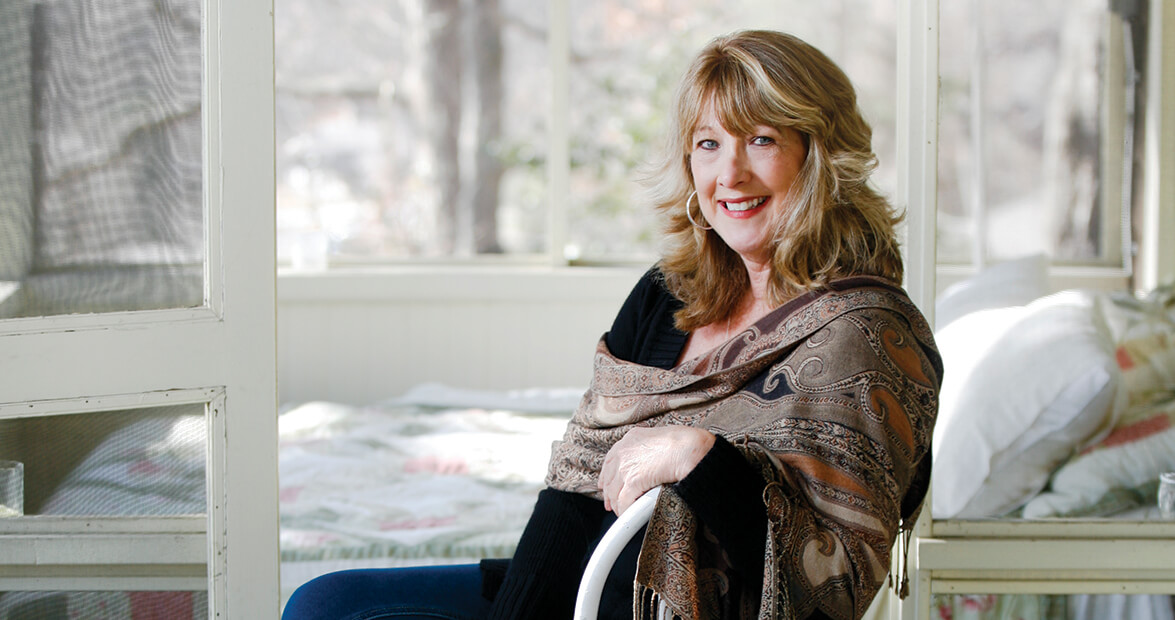 On a chilly winter evening in an auditorium at the University of North Carolina at Asheville, Cathy Smith Bowers stands at a podium in front of more than 100 people and recites her poetry. A prolific, award-winning writer and North Carolina’s poet laureate, Bowers, 61, exudes warmth and comfort. She draws the audience in with a Southern sensibility — easygoing and neighborly.

Between poems, Bowers recounts comical childhood stories, passes along lessons learned from mentors, and explains the sources of her imagery and motivation. Some writers keep secrets; they leave a little mystique for the audience to ponder. Not Bowers. She shares everything.

“I can’t remember not loving language,” Bowers says. “My parents were very poor and uneducated, but language was very important in our house.” She recalls her mother’s attraction to certain sounds when spoken and her recognition of beauty in turns of phrase. Bowers never had a close relationship with her father, but she remembers the day he brought home a copy of Robinson Crusoe for her to read in her tree house.

Bowers’s poems parallel her own experiences — from lessons learned growing up in Lancaster, a South Carolina cotton-mill town, to conversations she had with her terminally ill brother. She built her career on sharing her love of the written word with others. Bowers earned a Masters of Arts in Teaching English and spent almost 40 years teaching in public schools and universities.

“Going back to when I taught high school, I worked with students who will probably never write poetry again,” Bowers says. “But I’ve seen them have that one triumphant moment where they said something or wrote a line that captured the entire classroom.”

It’s “that moment of intensity” Bowers wants to see more people harness. While her poet laureate position makes her an ambassador for the creative arts, she wants to serve as a leveler — making the medium accessible to a wider audience and inspiring others to explore their creative voices. “It’s my job, as poet laureate, to shine a light on this state’s writers — and not just the accomplished ones,” she says. “I want to promote the democratization of literature.”

During Bowers’s first year as laureate, she’s made dozens of public appearances across the state. It’s hard to turn down an invitation, she says. At her readings, Bowers often invites audience members to share their own work, open-mic style. Bowers reminds her audiences and students that if they want to explore creative writing, they must work at it. During her early years as a teacher, Bowers devoted four hours every Saturday morning to practicing her poetry — a routine she still adheres to today.

Bowers feels most proud of the time she spends with new writers, developing and encouraging their talent — and bringing their voices to the podium with her in the process.