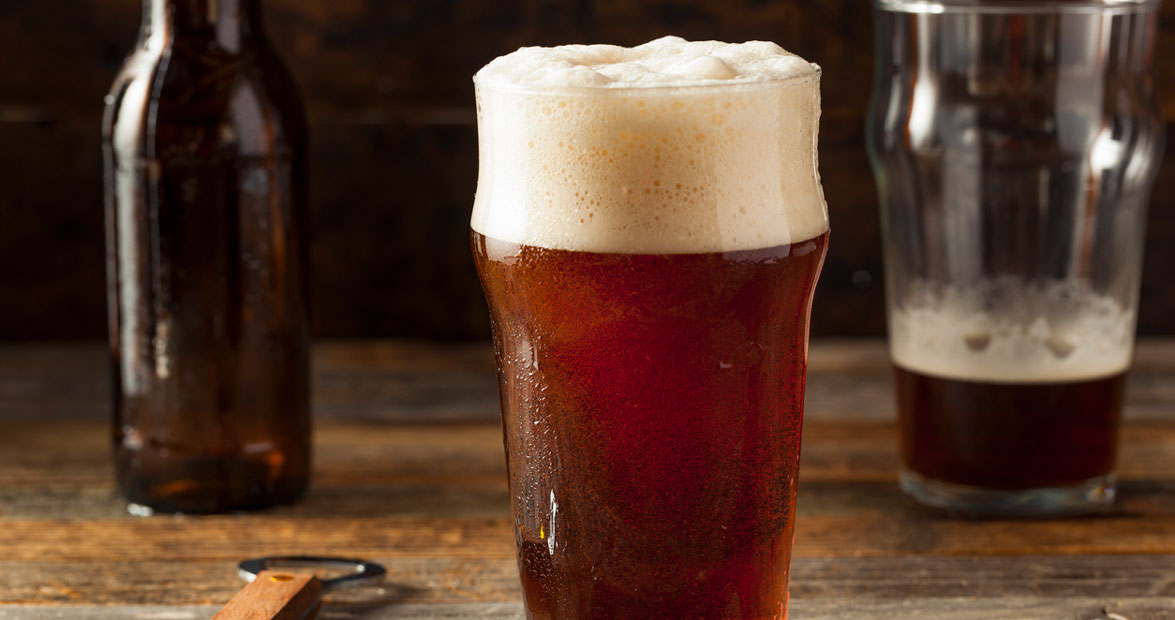 Indulge in a chocolate lover’s dream brew this holiday season. Highland Brewing Co.’s Black Watch stout blends more than 100 pounds of cocoa nibs with various malts, roasted barley, and oats to create a decadent milk chocolate ale. Notes of brownie batter, roasted coffee, and marshmallow round out this smooth, rich brew that is perfect for sipping on a chilly winter day.

With their holiday ale, Olde Hickory Brewery has figured out how to bottle the magical aroma of fresh-baked cookies. Local honey, ginger, orange zest, and cinnamon add winter spice that spark sweet Christmas memories upon first sip, so gather ’round the fireplace with loved ones and raise a toast.

Pick them too early and persimmons are tart and astringent, but after the first frost, when the orange fruits fall to the ground, persimmons become soft and honey-sweet — part of their scientific name translates to “the fruit of the gods.” Fullsteam Brewery’s First Frost persimmon ale is a unique, fruit-forward winter brew. Its notes of apricot, cinnamon, and holiday spices come entirely from locally foraged persimmons, and sweet caramel malts will keep you feeling warm and cozy on the coldest winter days.

Foothills Brewing declares its black IPA to be the “official beer of Jack Frost” — and for good reason. Hints of pine and refreshing citrus from Pacific Northwest hops create a cool, crisp beer that you’ll want to sip in front of a fire. Roasted wheat malts and subtle notes of chocolate round out its flavors. On a cold winter weekend, enjoy a glass of Frostbite in Foothills’ tasting room, where you can play board games, snack on food truck offerings, and take a tour of the brewery.

Silent Night is so beloved that its release party constitutes Mother Earth Brewing’s biggest event of the year. Brewed with Durham’s Counter Culture coffee and aged in Woodford Reserve bourbon barrels, this stout lives up to its name. Notes of vanilla, molasses, chocolate, and oak create a bold yet well-balanced flavor profile that will leave you feeling merry and bright.