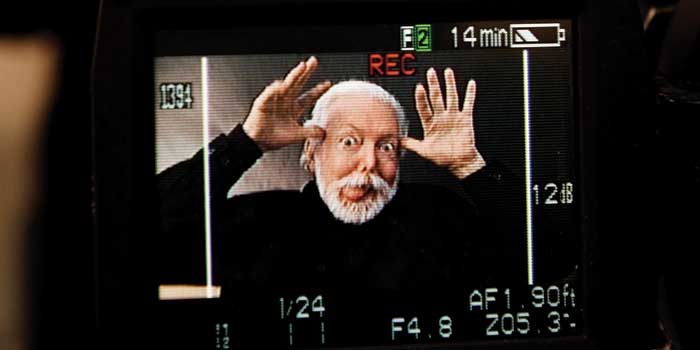 The sun just started peaking over the Duke Energy Building in Charlotte when Rohit Gupta, sleepy-eyed and fuzzy-headed, picked up his ringing cell phone. The voice on the other end spoke with a French accent.

“Your film has been selected for screening at the Cannes Film Festival.”

The festival, held annually in Cannes, France, is known among the world’s top filmmakers as a launching pad for new talent, a place where the best work in the world is recognized. It’s one of those events in the industry, like the Academy Awards, that you do not miss. Here, your film is screened, you are seen, you launch your career.

Gupta began his career at Central Piedmont Community College in Charlotte. In the past 10 years, the school has built a program that has helped people, such as Gupta, learn the basics of filmmaking.

Ten years ago, George Cochran persuaded Scott Bauer, the director of arts and communication at CPCC, to let him teach a photography class. After his students showed their work at the local library — the students’ work was more advanced than any other first-time photographers Bauer had ever seen — Cochran went to Bauer again. This time, why not let him teach a class on filmmaking?

“Why not?” Bauer said. “We knew he was something special. He stood out.”

Cochran has made commercials and created advertisements for Jell-O, Miller Brewing Company, PepsiCo, and Nabisco. After decades in the industry, he wanted to do something more when he moved from New York to Charlotte with his wife. He decided to teach and looked around for schools that would allow him to build something from scratch.

Together, Bauer and Cochran grew the film program. Before Cochran came to CPCC, there were no film courses. Bauer bought cameras and built a state-of-the-art film studio. Cochran created an annual event, called Film People, that discusses the industry and how to break in. He brings in people who’ve worked on films such as Forrest Gump to speak to his students and the public. And the event is free.

This year, Cochran invited Gupta to speak at Film People.

Gupta is going to tell the public how Cochran and CPCC inspired him to be a filmmaker and move to New York; how he made a five-minute film for $100 called Another Day, Another Life that a little festival called Cannes chose as an official selection; and how his other film, Life! Camera Action…, has toured the world and won top awards at renowned festivals.

And how it all began with one class in Charlotte.

Sarah Perry is an associate editor at Our State. Her most recent stories for Our State were “Carolina Camera” and “Biscuits and Burgers” (May 2012).