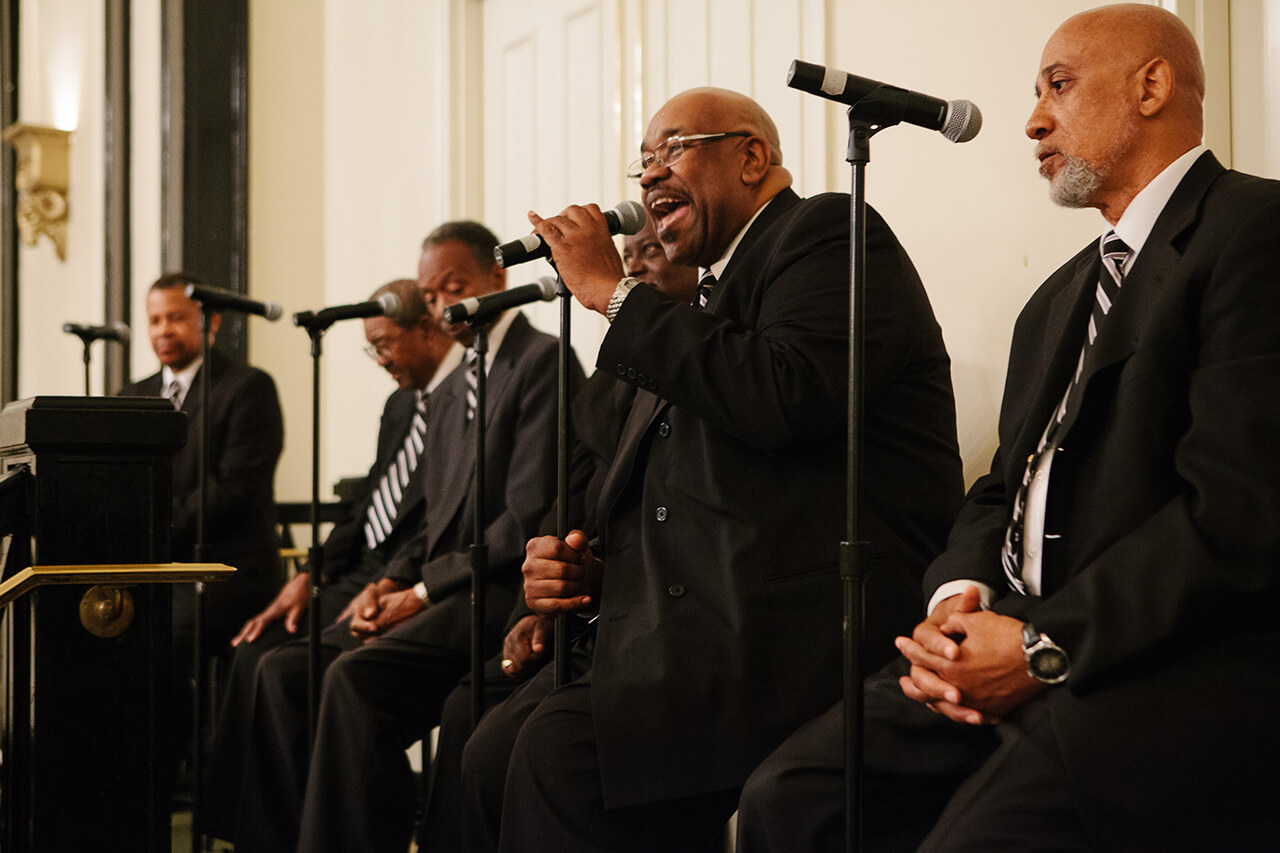 Twirl the radio dial on a Sunday morning in North Carolina; if you’re lucky, you’ll land on the Gospel Jubilators, a Durham ensemble founded more than 40 years ago. What you won’t hear is instrumentation — the Jubilators’ style is known as jubilee singing, a form of a cappella. Jubilee singing, which reached peak popularity in the 1930s and ’40s, has its roots in the Fisk Jubilee Singers of Nashville, Tennessee, who began singing formal arrangements of traditional African-American spirituals in the late 19th century. With no instrumentation, just harmonizing voices, member Harry Leak  says, “You can understand better what the song is about and be moved by the lyrics, not get distracted by the music.” That’s what William P. Conner had in mind when he formed the Jubilators in 1972: a return to the spirituality at the heart of gospel music.

“‘Amazing Grace’ is beautiful on a piano or saxophone, but when you actually sing the words to the song,” Leak says, there’s no comparison.

You won’t find sheet music in the group’s hands, either. The five members, Leak says, can harmonize any melody. They’ve toured with the North Carolina Symphony, performing fishermen’s chanties. “I’ll Fly Away” and “Little David, Play on Your Harp” are their most frequently performed songs.

And how do the Jubilators keep their voices honeyed? Conner sang until he was 94. Gospel music, Leak says, “is like medicine to the soul.”