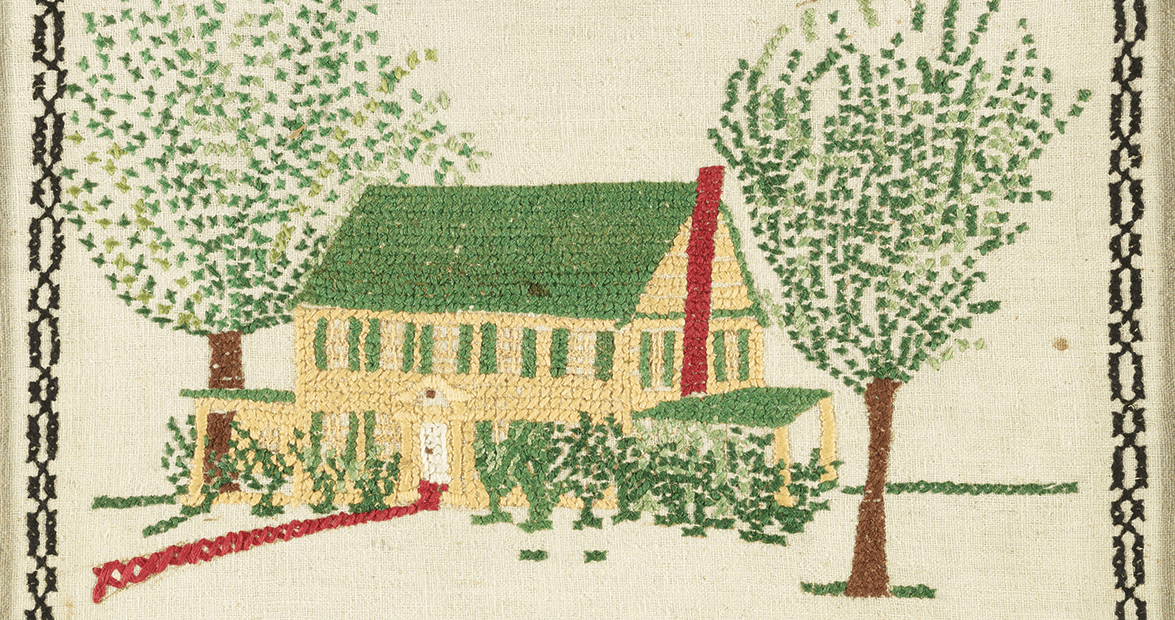 Many dictionaries don’t officially recognize homeplace as a single word. We know better, though: Homeplace is absolutely one word. What isn’t so definite is the, well, definition. “It all depends on what you mean by home,” wrote Robert Frost.

The enduring image of a homeplace is likely a white clapboard farmhouse, whether nestled in a rocky Appalachian vale, planted stolidly amid a green sea of tobacco plants, or perched near the banks of a river meandering toward the Atlantic. A stitched sampler hangs on the wall. A pair of rocking chairs claims the porch. Stones or bricks or cinder blocks support the corners.

Although that depiction is iconic, and useful for movies, it’s too limiting. A homeplace is less a physical place than what the word mentally, figuratively, and, most importantly, individually represents. The homeplace is where you grew up, sure, or where you went on holidays to visit grandparents or kin you were barely kin to. But a homeplace is also the newlywed garage apartment. That cramped dump of a duplex — you were so broke! — that you wouldn’t fail to drive by and peer at if you found yourself on that street. A homeplace is the cottage at the beach, or lake, or mountains, that your family rented or shared year after year. One week out of 52, it was your homeplace, and the photographs prove so: grills and inner tubes and card games and roll-the-bat, filled with the people who tagged you “it,” made you happy, made your day.

But. But. Homeplaces so often vanish. They’re sold, demolished. “Never put your heart into bricks and mortar,” a friend once said, and I wish I’d heard that advice before the first Christmas after my parents’ move to a house I’d never seen, much less lived in. Driving down this new street, searching for the house number through the windshield in the cold December darkness, I began to cry. Having grown up in the country, I’d never had a house number, never lived in a neighborhood, and I wanted no part of it.

But. But. A homeplace becomes where you are. Whom you’re with. What you’re doing. It can’t be defined by square footage, or locale, or duration of residency. A homeplace is anywhere one has known contentment. Based on that assumption, a homeplace can be the hammock in your backyard. And why not? A homeplace can simultaneously be a state of mind, and a literal state. I repeatedly promised my husband during our stint in Atlanta that if he’d just take me back to North Carolina, I’d never, ever, complain about anything again. (Robert Frost also had something to say about “promises to keep”; I failed to keep that one.) At Warren Wilson College, I found myself one of 90-plus creative writing strivers, only two — two! In Swannanoa! — of them North Carolinians, the rest devoted to making me feel weird about the description of a blood-filled tick in one of my stories, and the fact that I carried an umbrella when it snowed. I’d get in my car, drive those familiar roads, gaze at the mountains, and tell myself, This is my state. My home.

Later in that same poem, Frost famously wrote, “Home is the place where, when you have to go there, / They have to take you in.” Which is why, for most of us — even the determined leavers, roamers, those motivated by anger or grief or sheer wanderlust — we return. Speak of “homeplace,” and it isn’t much of a leap to “coming home.” When the money runs out, the anger subsides, the grief abates, we return — chastened, sated, or exultant — to that place of contentment, be it shack, castle, or hammock. North has a synonym, if not a definition, in the compass of our souls: The needle always points toward a homeplace.