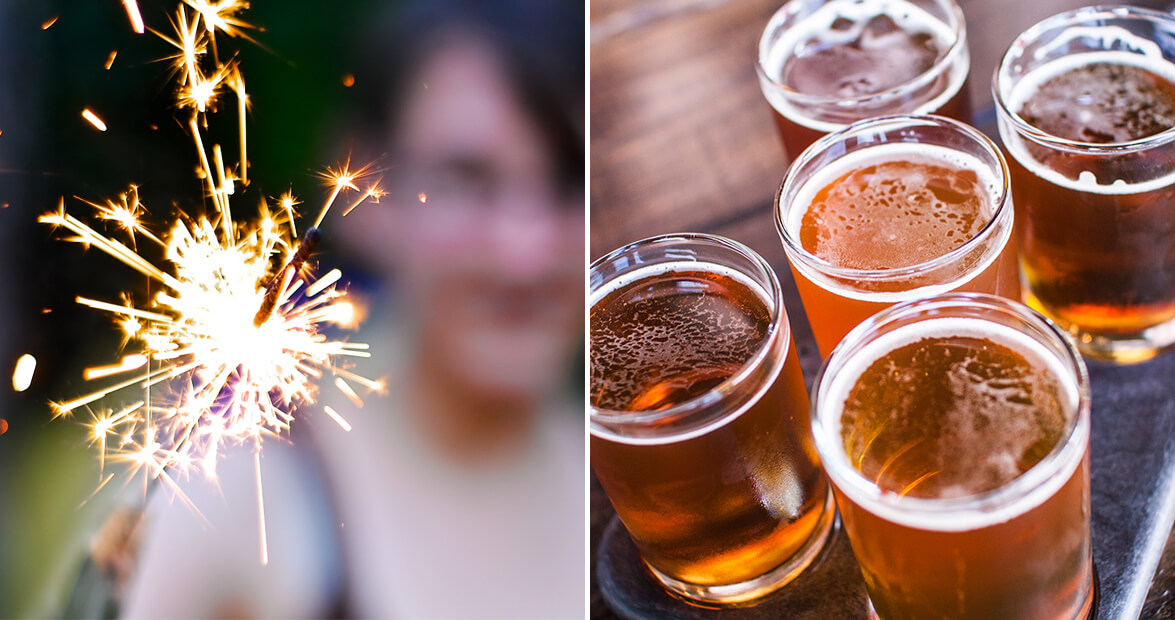 America Beer Release Weekend • Mystery Brewing Public House, Hillsborough • July 1-2
America is a “ridiculously patriotic extra pale ale” with a fierce looking eagle on the label. Mystery Brewing is releasing the beer just in time for the Fourth of July, and it sells out fast, so get to the pub, which is kid and dog friendly, for the release party.

Eastbound and Downtown Brewery Tour • Wilmington • July 1
Hop on the Port City Brewbus for a three-brewery tour that begins in downtown Wilmington at Bomber’s Beverage Co., then hits New Anthem Beer Project, Wrightsville Beach Brewery and Waterline Brewing. You’ll get samples and beer education at each stop. The tours run every Saturday.

Fontana Trestle • Bryson City • July 1
The Great Smoky Mountains Railroad is hosting a beer-soaked train that cruises to the Fontana Trestle and features samples of Lazy Hiker’s beer and Hoppy Trout Brewing’s root beer. A barbecue dinner and live bluegrass round out the event on this historic steam engine with open-aired cars.

Tap the Triangle, Baseball and Brews • Durham • July 6
During every Thursday night home game of the season, you can get VIP transportation from Beer Study/Starpoint Brewing to the Durham Bulls game, hitting Durty Bull Brewing along the way. Samples of beers at both breweries, then more beer at the game, then a ride back to your car. The price even includes a ticket to the game.

Cantopia • Charlotte • July 7
Sycamore Brewing is throwing a music festival to celebrate the launch of their newly redesigned line up of cans. A handful of food trucks will be on site, bands will play two stages and Sycamore will be pouring special release beers.

Bash at the Bot • Charlotte • July 15
Wooden Robot Brewing is turning two and they’re having a birthday bash that includes a series of special beer releases. A DJ and an exclusive anniversary menu prepared by Twisted Eats round out the party. Look for sours, Belgian-inspired beers and Mark It Zero, an IPA with no traceable bitterness.

Summertime Brews Festival • Greensboro • July 15
Craft beer lovers will converge on the Greensboro Coliseum for an afternoon full of decisions to make: there will be more than 500 different beers on tap for sampling. Summertime Brews Fest has been an annual staple for 13 years, and the brewery line up is insane, with everyone from San Francisco’s 21st Amendment to hometown fav Natty Greene’s.

Oskar Blues Burning Can • Brevard • July 21-22
Oskar Blues throws this annual party to celebrate the beauty of canned craft beer, bringing fans and breweries together on their expansive REEB Ranch for camping, beer and live music. Look for North Carolina beers from Triple C, Pisgah and Fullsteam, just to name a few, and music from headliners JJ & Mofro. Even better, the weekend is full of group mountain bike rides, trail runs and paddle trips.

Beer Bourbon BBQ Festival • Cary • July 28-29
Mix the three greatest things in the world (barbecue, bourbon, and beer) in one weekend and you get this festival, held inside the town of Cary’s Booth Amphitheater. There’s a whole hog pig pickin’ and all you can handle bourbon and beer samples.