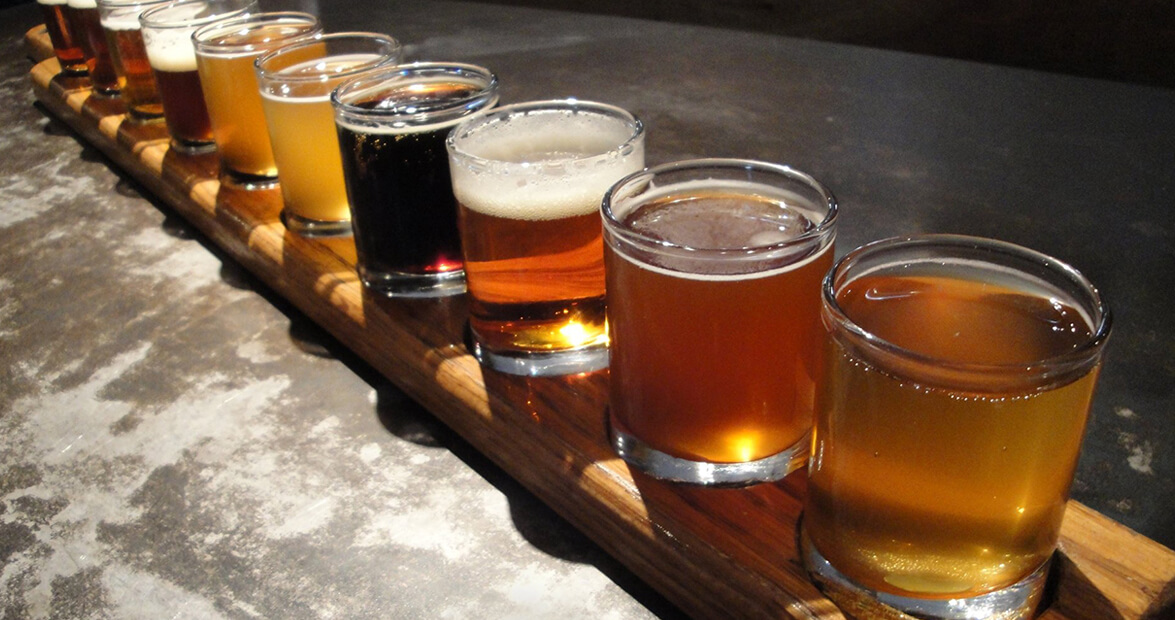 Asheville Beer Week is actually a nine-day celebration of North Carolina’s “Beer City,” with different events every night, from meet-the-brewer lectures to beer dinners. Look for special releases from the city’s breweries as well. Check out the homebrewer’s festival, Just Brew It, at the Wedge on Saturday, June 3.

Atlantic Brew Supply and Epiphany Craft Malt join forces to host a day of beer, food, and the final judging of the Carolina Quarterly Brew Off, where homebrewers compete for top honors. You’ll be able to buy Raleigh Brewing Company beer at the event and have the chance to tour the 7,500-square-foot Epiphany Malthouse.

Blind Squirrel Brewing, which has a spacious campground complete with a pond, is hosting an outdoor beer and wine festival. The price of admission gets you a flight from each brewery and winery. Some of the High Country’s finest will be pouring, including Beech Mountain Brewing, Booneshine Brewing, and Boondocks Brewing.

Unknown is celebrating its third (and a half) birthday with a music festival featuring a handful of bands, including Andy Frasco and Empire Strikes Brass. Expect plenty of food trucks, cigars infused with Unknown beer, and the release of a new beer, a geuze-inspired lambic ale called “3.5ish.”

This small-scale beer festival is organized by Fonta Flora Brewery and will be held at Courthouse Square in downtown Morganton and features only breweries that are “embracing their unique flora and fauna in the creation of craft beer.” In other words, every brewery must bring beer that was created using ingredients grown in their “state of origin.”

High Branch Brewing is teaming up with Charlotte’s Dessert Specialists to create a four-flight beer and cronut tasting. High Branch is known for their hazy IPAs, and really, any flavor cronut goes with a well made, unfiltered IPA.

The largest craft beer festival in the world is taking a tour, and it’s hitting Raleigh’s Plaza at Duke Energy Center for the Performing Arts. There will be food trucks, hundreds of beers to choose from, live music, and lawn games. Sierra Nevada invites every craft brewery in the country to this party, and a lot of them show up. You’ll also get to sample the new variety 12-pack that Sierra Nevada brews in collaboration with other breweries.

The U.S. National Whitewater Center is hosting a day of outdoor fun, music, and beer. Runners will race through the center’s singletrack for the Brew Dash 6K Trail Race, and bands will play on Belmont Abbey Island all afternoon. A $6 ticket will get you four samples from local breweries.

Mystery Brewing is throwing a party to celebrate the simultaneous release of its four summer beers, a Belgian blonde, rye saison, west coast IPA, and a tropical stout. It also happens to be Father’s Day, so you can buy a summer four pack and a tie for just $10.

The eighth annual Brew Bern beer fest will take over the Riverfront Convention Center in New Bern’s historic Trent River waterfront. More than 40 craft breweries from all over the country will be pouring samples. Grab a VIP ticket for $50, and you’ll get into the festival an hour early and beat the crowds.