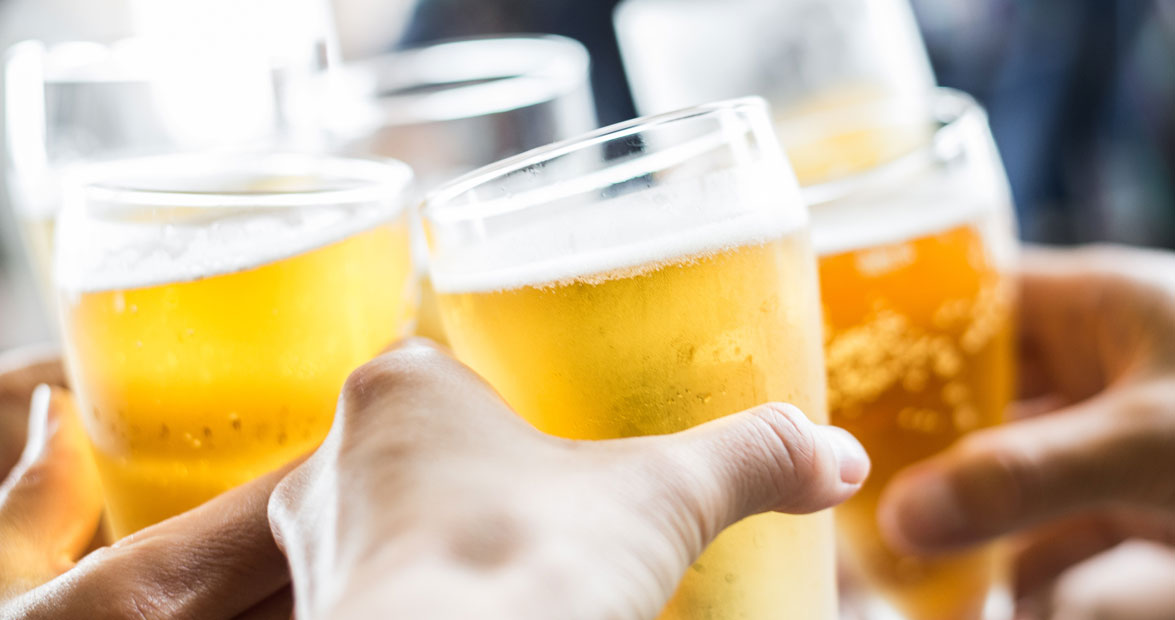 Celebrate Asheville Beer Week by running or walking a 5K starting at Catawba Brewing’s South Slope location. Dress up as a zombie — or your favorite Catawba beer — to add some fun to the festivities. Purchase tickets here.

Board a bus at Fyreside Bottles and Brews and enjoy drinks from wineries and breweries in Caldwell County. After the tour, enjoy live music from Darren Bryant. Call (828) 217-9466 to make a reservation.

Indulge in a Brown Mountain brew while listening to live music by Love Like This and The Bottle Openers. This sixth annual event will raise awareness and funds for the Foothills Conservancy of North Carolina. Attendees can enter a raffle drawing to win some Brown Mountain swag.

Try five limited-release beers and then watch four roller derby games at the U.S. Cellular Center in Asheville. Fans can vote for their favorite on-site brew for the Beverage of the Year. Purchase tickets here.

Take part in some grown-up summer camp fun with a cold Sierra Nevada brew. Play human Foosball, human Hungry Hungry Hippos, and keg bowling, and dance in a silent disco. Make sure you wear clothes you can get dirty — the games could get a little crazy. Purchase tickets here.

Sip beverages made with local ingredients from more than 30 breweries, distilleries, cideries, and kombucha makers. Fill up on Farmhouse BBQ and desserts from The Hop Ice Cream Café, and meet other vendors. End the evening with a glass of State of Origin Appalachian Ale, brewed by Fonta Flora Brewery with raspberries, kiwi, and chamomile flowers and created specifically for the festival. Purchase tickets here.

At this four-course dinner at Boondocks Brewing, each dish will be paired with a beer from The Unknown Brewing Company in Charlotte. Purchase tickets here.

This after-hours event at the WNC Nature Center will feature beer, cider, and food trucks. Children are welcome to attend, and you’ll have a front row seat to the antics of Uno and Ursa — the Nature Center’s resident black bears. Purchase tickets here.

Take a train ride from Bryson City around Fontana Trestle and enjoy a beautiful sunset view. During your ride, try a variety of barbecue fare, such as pulled-pork sliders, pork ribs, and chicken drumsticks, plus baked beans, house-made coleslaw, and apple cobbler. Six local breweries will be featured with dinner. Purchase tickets here.

Celebrate the dads in your life with a 5K run through Carolina Beach State Park. Participants will receive a T-shirt, a Good Hops tumbler, and one pint of Good Hops beer. Proceeds from the race will benefit the Friends of Pleasure Island State Park and Island Men. Purchase tickets here.

Experience a behind-the-scenes look at how beer is crafted at Bond Brothers Beer Company. This tour will walk you through the brewing process and includes three samples of beer. All participants will receive a 10-ounce beer glass.

Enjoy food, cigars, lagers, prizes, and funny competitions at The Mason Jar Lager Company in honor of Father’s Day. Take part in a Giant Jenga build-off, mini BMX race, and two-man wheelbarrow race, and then cool off at the Super Soaker shooting range.

Browse some of the rarest sour and wild ales from 20 national and local breweries at Hi-Wire Brewing in Durham. Enjoy live music by the CJ Baker Band and offerings from food trucks. Registration includes two beer tokens and commemorative glassware. Purchase tickets here.

If you’re a fan of barbecue, bands, and beer, this event is for you. Check in at Market Square at 2 p.m. for a group “lag” to Lucky City Brewery for beer and doughnuts. Later, enjoy barbecue, listen to live music, and enter raffles to win prizes. Purchase tickets here.

Taste beer and cider from more than 30 North Carolina breweries, listen to live music, and try food truck offerings at this event in downtown Carrboro. Proceeds will benefit Farmer Foodshare, an organization that helps feed the community and keep local farmers in business. Purchase tickets here.