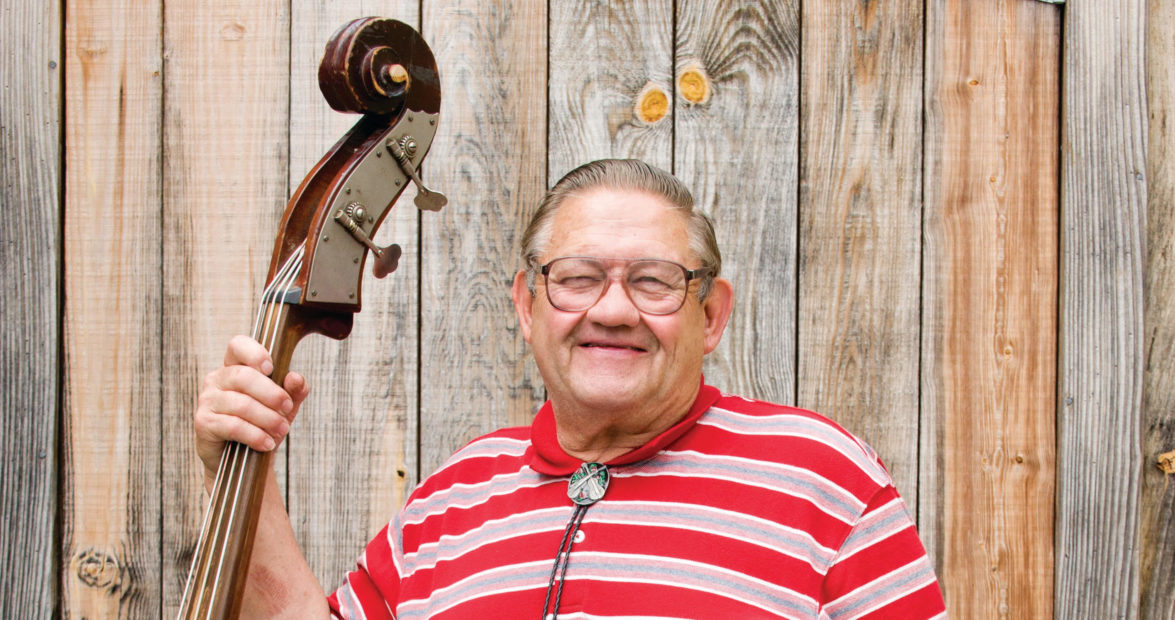 Everybody knows the place as Maness Pottery Barn. But these days, you have to look hard to find any pots; they’re lost behind banjoes, fiddles, and mandolins, and mounds of home cooking.

For nearly 40 years, Clyde Maness made his living in this barn just outside Carthage, selling lawn mowers and sharpening knives and chain saws for his neighbors. He switched to making and selling pottery for awhile. But through it all, he’s invited those same neighbors back every Tuesday night for community jam sessions that feel like a family reunion with music.

Music, friends, and a meal

Long before this night’s show starts, Maness is drafted for bass duty by Charlie Harris, former assistant chief of police in the nearby town of Norwood, who’s warming up in the front room. A little before 6 p.m., the first set of musicians begins to collect onstage. The first hour is usually devoted to gospel, while the rest of the evening is a mix of country, bluegrass, and gospel, all acoustic.

“I don’t allow electrical instruments in there because the people get in there and turn it up so high you can’t hear anybody but them,” Maness says.

These gatherings started out in 1974 as a group of friends playing music together in Maness’s home. But word spread, and before too long Maness had to move the jams into the barn, which he expanded — twice — to accommodate the crowds. Today, 250 people, mostly locals, show up on a regular basis.

And Maness feeds them all.

On a typical week, Maness, 68, cooks 12 pounds of pintos, makes 35 pounds of potato salad, puts 16 cases of drinks in his cooler, and makes 300 cups of coffee and about 10 gallons of lemonade. Local ladies pitch in with covered dishes of chicken and dumplings, ham biscuits, fried and barbecue chicken, and huge slabs of cornbread. Homemade pies and cakes and pans of persimmon pudding are piled high on another table.

For Maness, the meal and the music are a way of giving back to a community that has supported him all these years, both as a local business owner and as a musician. He always made music on the side, eventually turning it into his full-time occupation.
“I went to music, and that’s all I do,” Maness says. He plays bass in three bands six nights a week, performing at retirement homes, churches, weddings, and pig pickin’s. “Anywhere people want bluegrass music,” he says.

He’s made lots of friends through both pursuits and is happy to bring them all together on a regular basis. Although a donation of a dollar is suggested, everything — the music and the food — is free.

“There’s a lot of people who don’t have nothin’,” Maness says. “And they come, and I don’t charge ’em nothing.”

For that fair price, tonight they are treated to Teddy White and Fine Blue Line. They’re rocketing through A.P. Carter’s “Foggy Mountain Top,” and Reno and Smiley’s “I Know You’re Married (But I Love You Still),” before rousing the crowd with their version of Earl Scruggs’s banjo classic, “Foggy Mountain Breakdown.”

White, a labor supervisor for the Southern Pines water and sewer department, has been coming to the jams since they started in Maness’s house. “I’ve always liked Clyde,” White says. “He’s a good feller, and he’s got us bunches of jobs.”

Most of the musicians are homegrown, but the jam has attracted some notable players, including Carl Story, the father of bluegrass gospel music, and gospel legends The Sullivan Family.

Bill Tripp, who owns Main Tripp Records and a recording studio on his farm near Sanford, is another regular who’s been around since the beginning.

“Clyde’s got ahold of something he can’t turn loose of,” Tripp says.