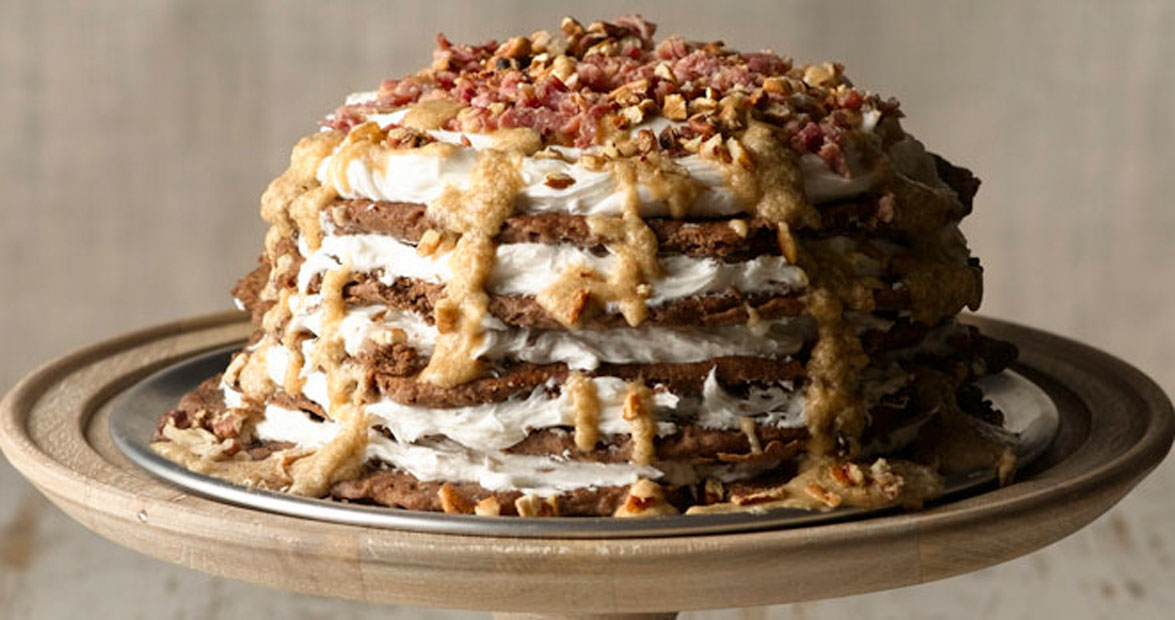 For the cake: In large bowl, stir together pancake mix, buttermilk and cocoa.

For the ham and redeye gravy: Heat skillet on medium-high heat. Add country ham pieces with about 1 cup water to hot pan, and cook until water evaporates.

Remove ham with slotted spoon, and set aside.

Add 1 cup strong coffee to ham drippings, and stir with whisk to scrape up any bits to make redeye gravy.

Bring to a boil, and cook several minutes to reduce by half.

Strain through coffee filter to remove dark bits, and cool.

For the frosting: In the bowl of a stand mixer on medium speed, cream shortening and butter. Add almond extract.

Gradually mix in sugar, 1 cup at a time, scraping sides and bottom of bowl several times.

Add milk and syrup, and continue to beat on medium speed until light and fluffy.

Spread between pancake layers and on top, letting some drip down sides of cake.

For the drizzle: Put all drizzle ingredients except pecans into a microwave-safe bowl.

Heat in 30-second intervals, stirring after each, until blended and pourable.

Try the other quintessential North Carolina cakes that appeared originally with this one: