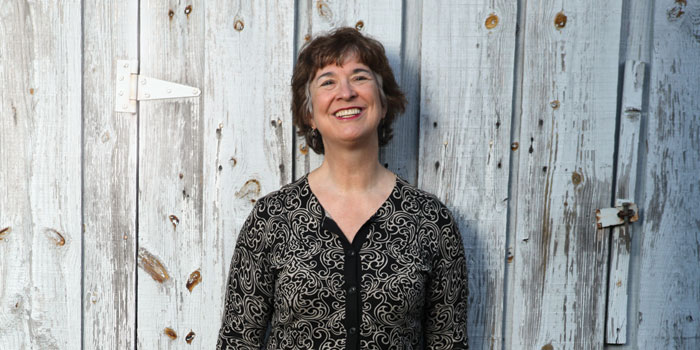 Marjorie Hudson keeps two rocking chairs on her Chatham County porch, surrounded by 40 acres of trees and farmland, ideal for swapping stories. That’s not how life was for her growing up in Illinois and Washington, D.C. But the author of Accidental Birds of the Carolinas, which received an honorable mention for the PEN/Hemingway Award for Distinguished First Fiction in 2012, has come to accept that.

“I realized at one point that I was not a Southern writer, but I had something to say about that anyway,” Hudson says. “I decided I’m just going to claim that and not try to be the person who sat on the front porch with grandma talking and telling family stories.”

The result is a collection of short fiction filled with Southern newcomers — people Hudson relates to accidental birds, which she defines as those “found outside their normal range, breeding area, or migration path, arrived through storm, wind, or unusual weather.”

For Hudson, that weather arrived as a rainbow. It appeared above a farmhouse near Pittsboro while she was visiting a friend. It was a sign, she felt, to leave her job in Washington. So Hudson returned to the city, gave notice, and 30 days later moved to her friend’s farmhouse.

“I just immediately felt at home here,” Hudson says, sounding much like Liz Enfield, the narrator in the opening story in Accidental Birds. As that character declares, “It takes no time at all to fall in love with such a place, if you are paying attention.”

On a fall afternoon, Hudson wanders among a row of flowers and herbs behind her own home. Hudson’s biscuit-brown terrier, D.J., stays close by her feet.

Hudson’s life is idyllic, and still not as isolated as Hudson first thought it might be. Less than a mile from the property where Hudson lives with her husband, Sam, the road leads to McIntyre’s Books at Fearrington Village, the venerable store that serves as a touchstone for legions of literary folks.

“There’s a very welcoming writers’ community here, which I was not expecting at all,” Hudson says. But it was just the support she needed. In the early 1990s, Hudson began experimenting with fiction. And a copyediting job at Algonquin Books in Chapel Hill pushed her to become more serious. Eventually, Hudson earned a Master of Fine Arts in Writing at Warren Wilson College.

While she commuted from Pittsboro to the Swannanoa Valley for classes, Hudson listened to Pulitzer Prize-winning author Richard Russo’s lectures. Two decades later at the PEN/Hemingway banquet, Russo was in the crowd, too. Hudson’s book chronicled people in transition as they struggle to settle in the South. But for Hudson, the recognition of what took her nearly 20 years to write signaled that she was home.

Emily Wallace is a freelance writer and illustrator based in Durham.