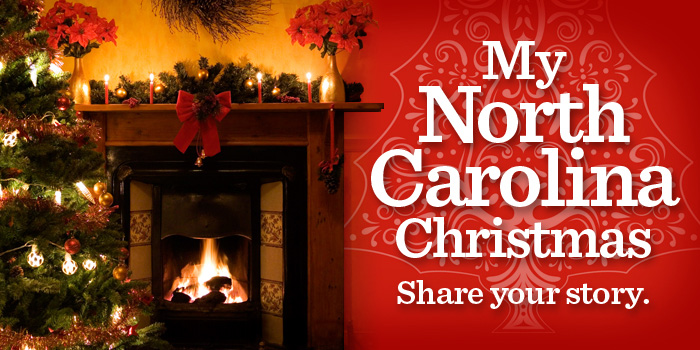 The December 2011 issue of Our State magazine is devoted to “The Perfect North Carolina Christmas.” Inspired by this theme, we’d like to hear your stories of your perfect North Carolina Christmas. Tell us about your family’s holiday traditions. Is there a particular ornament that is first on the tree each year? Do you gather at Grandma’s for a Christmas Eve feast? What’s on the menu for Christmas dinner? Do you get your tree from the same tree lot each year? Is there a gag gift that makes a regular appearance as presents are opened?

Every family has its holiday traditions and we’re excited to hear yours. Read these submissions and scroll down to submit your story (300 words or less) and a photo, if you like. We’ll add the stories to this page during December for everyone to share.

From Lisa Martinez in Asheboro

For as long as I can remember, at every Christmas dinner at my parents’, there is always a huge soup pot full of piping hot Russian Tea sitting on the stove with the big, sticky ladle laying beside it on the spoon rest. That’s my favorite Christmas smell, walking through the door, and smelling the fresh cloves. A mason jar is a staple to bring to Christmas dinner so that it can be filled up to take some home for later. No matter how hard I try, I can’t seem to ever get the ratio of tea, pineapple, and orange juices just right. 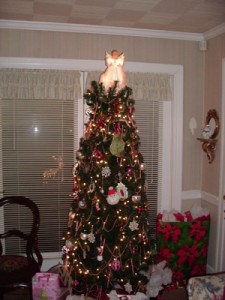 Danielle Beaman's granpdparents' tree, filled with decorations made by their grandkids and great-grandkids.

I spent 21 years of my life in Greenville, North Carolina, and Christmas was the best time of the year. Ever since I can remember, Christmas Eve has always been the busiest night of the holiday season. I spent dinner at Aunt Lou’s and Uncle Frank’s house in Winterville, “evening snack” alongside homemade Eggnog at my Nanny’s house in Winterville – she hosted a floating party every Christmas, unless it fell on a Sunday until she passed away. The next morning I would awake to presents on our couch and after I opened them, the first thing I had to do was to call my grandparents so that they could come and see what Santa had brought. Those years have longed passed and now that I am a military wife, we are not able to go home for Christmas as much as I like, but every Christmas there’s always a time when I sit and think about the memories that Christmas brings, and the new traditions I am starting for my own family.

From Ryland Harris in Raleigh

In the 1950s, Christmas was week long event. Christmas Eve was at the grandparents’ home (in the family since 1700). The fireplaces in each room would make it nice and warm. A meal for the children was served after the men had eaten. This continued at all the families so everyone would get to host. At all we celebrated the birth of Christ at each home. A tradition we try to keep with our children and grandchildren.

From Charles Bass in Louisburg

Chicken salad. Growing up my grandma (Harriet Edwards Bass) made the best chicken salad by far. My brothers and I would watch the chickens boiling in the pot in anticipation of chicken salad. Then standing at a predetermined distance so as not to crowd grandma, the chicken meat was carefully separated from the bones, and piled up in “the Bowl” that held the Christmas staple each year. After the pulling-all-the-meat-off-the-bone process was finished, she would then order the condiments – mayonnaise, pickles, celery to name a few – that my brothers and I would bring to her to add to the chicken meat. Then with her hands, very gently and grandma-like, she would fold all the add-ins together. With chicken salad hands, she would stop and ask us “what ya think?” and each of us would reach in that bowl with our fingers and pinch a little taste and add our opinion to the mix. Grandma is not here with us anymore and the “chicken salad” at Christmas is my undertaking now. Up until this year, it was served in that bowl for 42 years to my remembering and probably more. My son Matthew bought a “new chicken salad bowl” this year at the State Fair. My brother Randy has already given me that look when I told him it was the chicken salad bowl for 2011. 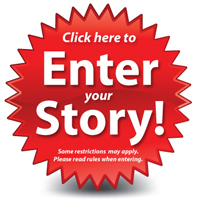