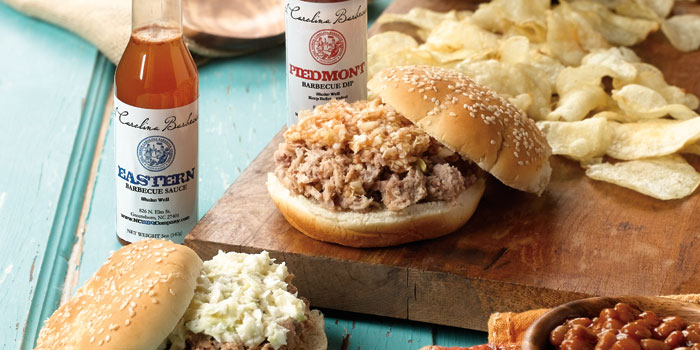 It’s rare that a writer finds himself in a position of great power. The most momentous decision I make all day, usually, is what kind of font might best express the emotional tenor of the piece I happen to be writing at the time, and in the end, nobody notices, nobody cares.

But this story is different; this story is about barbecue. As most of us know, as most of us are born knowing, barbecue is more important than almost anything else in the world. On a scale of Important Things, barbecue resides somewhere between a mother’s love and a good dog. Take a moment, and try to think of some other food that inspires such devotion. Baby corn? No. Peanut butter on celery? Not even a close second, although peanut butter on celery is very, very good.

Barbecue devotees are a subculture, if not the culture, of our state. And, as it is with devoted followers of all kinds of things, it is not enough simply to love the barbecue you love, to celebrate it for what it is, and be happy. No, your barbecue has to be the best barbecue there is. Your barbecue, like the basketball team you root for, cannot truly exist without a rival, and that rival must be trounced, decimated, and declaimed as second-rate on every possible occasion. In North Carolina, the rivalry is clear: Piedmont-style versus eastern-style. These are both kinds of barbecue, but that’s like saying the ostrich and the oriole are both kinds of birds. They’re different. And one is definitely better than the other.

Deciding which is and which isn’t just became a lot easier. A company called The North Carolina Barbecue Company has created a nifty product called the Battle Box. It comes to your door in a plastic-foam box. Inside it is one pound of Piedmont-style pulled-pork barbecue; one pound eastern-style pulled pork barbecue; Piedmont coleslaw, eastern coleslaw, and the appropriate dips for both styles. The only thing missing is the bun. Still, you have everything you need to compare and contrast and come up with a definitive answer to the question on all of our minds: Which barbecue is indisputably the best?

They are quite different, these two barbecues. Piedmont-style is pork shoulder cooked over hickory coals, then chopped or sliced. Eastern is the whole hog cooked over hickory or oak, then pulled and all mixed together. Eastern sauce is mostly vinegar, salt, and pepper, with a bunch of secret ingredients thrown in. Piedmont sauce is similar but with one big exception: Ketchup is involved. Each barbecue even has its own slaw. Piedmont: red, vinegary, peppery; eastern is sweeter. All in all, the two barbecues could not be more different, and it is exceptionally easy to crown one the victor and the other an also-ran.

Obviously, this wasn’t a decision I could make all on my own; after all, my opinion will change the course of barbecue history. So I got my wife to take part in the test. I could have done what my friend John Shelton Reed and his wife, Dale, did: travel the state doing loads of research and writing a whole wonderful book on the subject, called Holy Smoke. But why do that when I could stay at home, with my wife, watch the Tar Heels in the Sweet 16, a beer in hand — in other words, the perfect night — and make my considered judgment that way.

First, I should tell you something: While I love barbecue as much as the next guy, unless the next guy is a vegan, I am not an expert. Case in point: We were having a little party here once and we decided to have it catered. I called the best barbecue place in the area and ordered a few things. I finished. There was a long pause on the other end of the line. Finally he asked me, “How much coleslaw do you want?”

Well, I’ve never been a big fan of coleslaw, so I said, “Do you think it would be OK if I got the barbecue without it?” He said, “Sure you can. If you want everybody to laugh at you.” I got the slaw. Who’s laughing now?

Laura and I made two small sandwiches, one of each style of barbecue. We prepared them exactly the way the directions said to: meat first, sauce second, slaw on top. Then we pressed down on the buns to make “a compact sandwich.” There are two ways, of course, of pressing the bun: The eastern press is with the upper to middle part of the hand, and the Piedmont is always with the lower half. Get it right, or the sandwich is ruined and you might as well throw it away.

And the winner is …

The moment came at halftime. I could hear my heart beating, and little beads of sweat dripped from my forehead. “I don’t know if I can do this,” I told Laura. “What you and I are about to do, it’s … well, it’s humongous.”

So I did. We ate. And, surprisingly perhaps, it didn’t take very long for me to come to a decision. It was so clear to me which was the better, and which, although outstanding in its own way, simply didn’t measure up. I was shocked when Laura disagreed: She liked the other one better, which was odd, because usually we agree on everything.

It reminded me of when I was a kid, and my sister and I had long arguments about how to make the best peanut-butter-and-jelly sandwich. She insisted it was better with the peanut butter on top, while I was sure the superior sandwich was made with the peanut butter on the bottom. She’s never budged from her opinion, and I’ve never budged from mine.

The North Carolina Barbecue Company brings the battle of the barbecues to your doorstep. The company will ship its signature Battle Box — including a pound each of Piedmont and eastern pulled-pork barbecues, each style of coleslaw, and sauces for both — anywhere in the United States.

Rick Scott of High Point grew up on the Piedmont, or Lexington, style. When he went to college at East Carolina University, he discovered the eastern-style. A self-proclaimed barbecue junkie, he says he can’t choose between the two. Ryan Pitz, a Virginia native, moved to Greensboro in 2000 and began sampling the barbecue joints around the state after becoming friends with Scott.

Scott and Pitz decided that North Carolina barbecue was underrepresented outside of the state and came up with the idea of an online mail-order business. But to do it right, Pitz says, they had to represent both sides of the argument that has consumed the state for decades.

“This is something that our state hangs its hat on,” Scott says. “But around the country, we saw that North Carolina barbecue was being represented as only chopped eastern-style, when there are really two distinct styles here.”

So the two men came up with the Battle Box. “We are here to objectively present the argument,” Pitz says.

Both men are barbecue lovers, but neither will weigh in on one side or the other.

“We are objective,” Pitz says. “We have to let the feud continue.”

Daniel Wallace is a novelist and a professor of English at the University of North Carolina at Chapel Hill. He also writes the “Tar Heel Humor” column for Our State magazine. Follow him on Twitter, @DHWallace, or visit danielwallace.org.