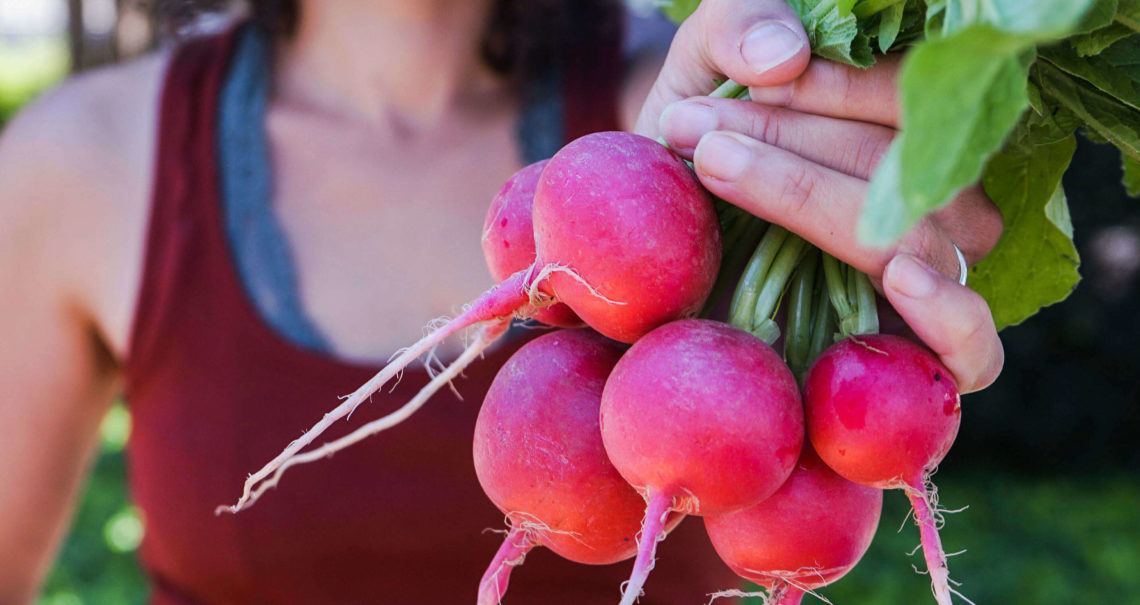 Paige Jackson is used to people telling her she doesn’t look like a farmer. There was a time in her life where she might’ve agreed. “As a child, I had this stereotypical vision of Old MacDonald,” she says. “I think he’s in all the children’s books wearing overalls with a piece of straw hanging out of his mouth.”

But Paige and her husband, Derrick, owners of Grass Grazed farm in northern Durham County, are part of a community of Black farmers that stretches back generations. And when they sell their regenerative, pasture-raised pigs and grass-fed cattle at the North Carolina Black Farmers Market alongside the 40-plus other Black vendors, they feel like they’re part of a family. 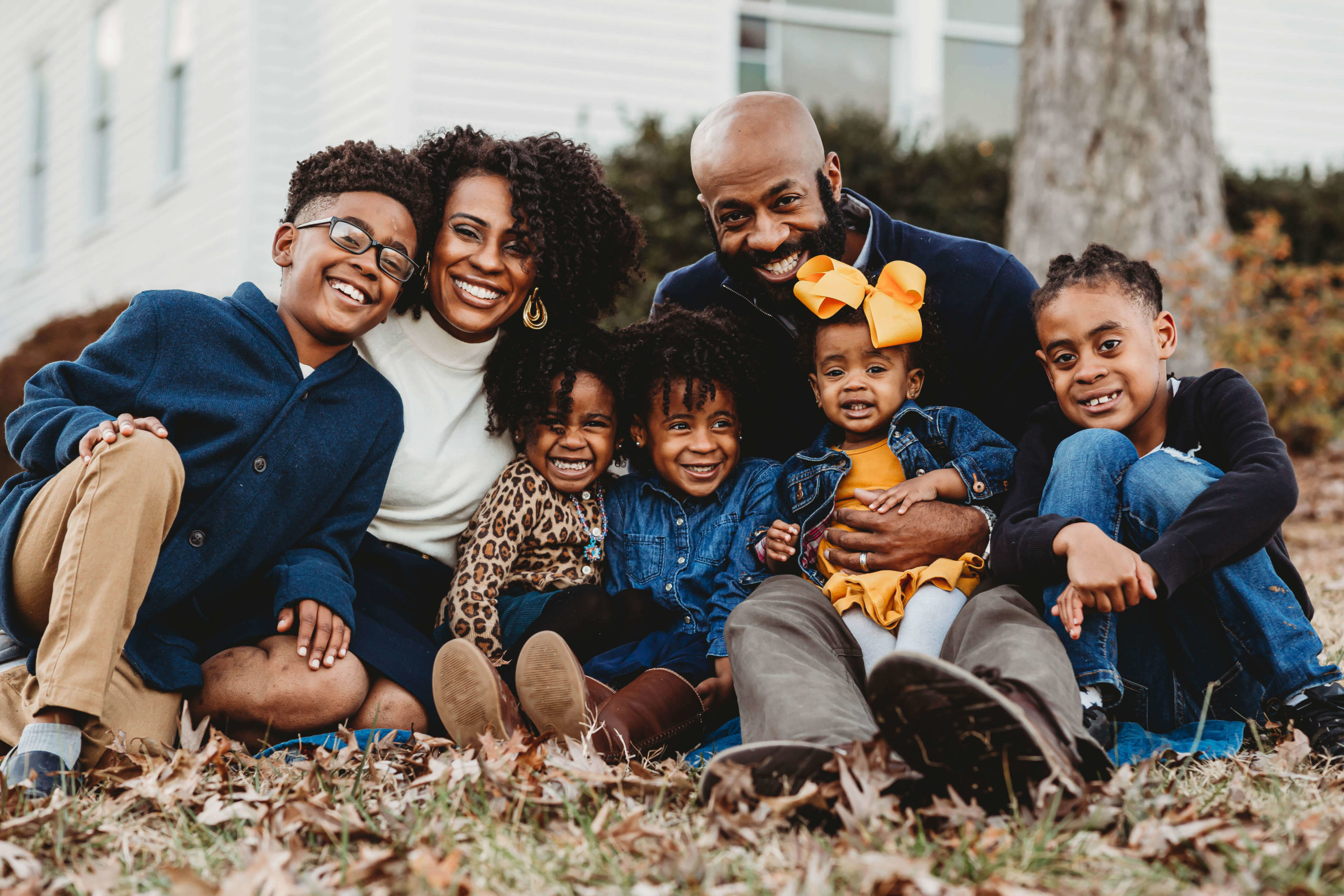 In fact, of the five markets where the Jacksons sell their product, this is the only one where their five small children tag along. “Because it’s on a Sunday afternoon, we can attend together as a family,” Paige says. A DJ serenades shoppers and vendors with tunes ranging from gospel to oldies — and there’s line dancing. “Our kids would say this is the fun market.”

Positive change comes from financial strength. Get digital access to your money, learn how to grow it, and make it work harder for you. As a credit union, we’re proud to serve those working to move North Carolina forward. 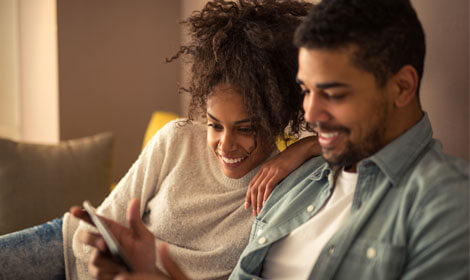 The market’s three cofounders, Moses Ochola, Ja’Nell Henry, and Crystal Taylor hosted the first Black Farmers Market in 2018 with about 20 farmers. It grew out of Durham’s Black Market on Black Friday event, an annual marketplace for local Black-owned businesses to gain exposure and network. “Some farmers approached us, interested in figuring out how to create a space for them,” Ochola says.

An immediate success, the Black Farmers Market expanded into a biannual occasion with spring and fall markets held at Durham’s North Carolina Mutual Building parking lot. Then the pandemic hit in March. “Farmers were really struggling,” Ochola remembers. “So we went to work figuring out how we could solve the problem.”

With public health measures in place like a one-way lane for shoppers and mask requirements, the market gave an outlet for many growers like the Jacksons who needed the market to bridge their farm to consumers. “Before COVID, we were selling at five markets, but after COVID, we were down to one,” Paige says.

After careers in the military and marketing, Derrick and Paige bought their 60-acre farm in Durham County because they were concerned about the quality of the food their family was consuming. Their desire for transparency is shared among vendors at the Black Farmers Market. “We didn’t want any mystery surrounding what was in our food or how it was raised,” Paige says. “Many of the vendors we’ve met have similar values; at the market, you can meet the farmers and learn their personal experience.” 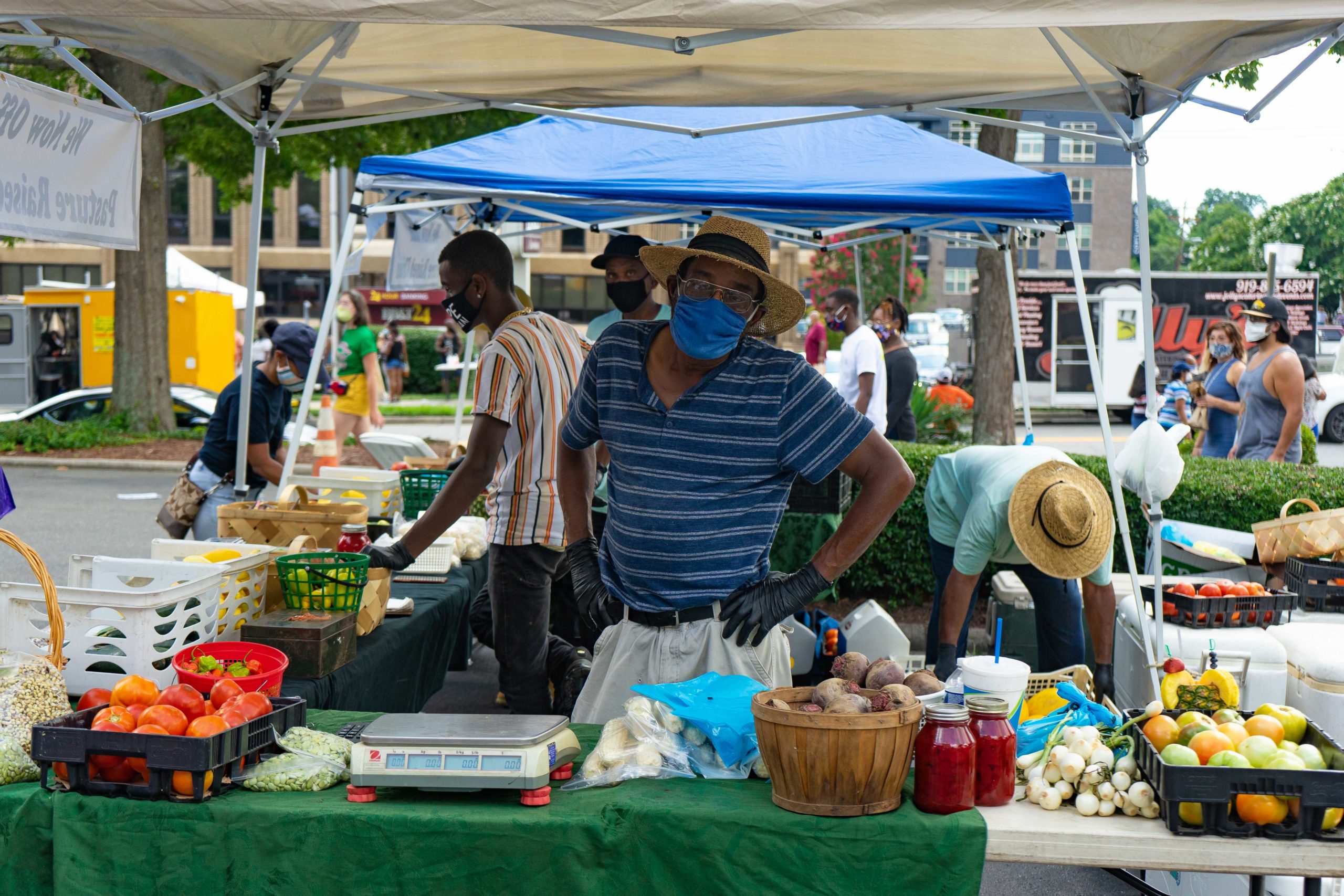 The vendors at the Black Farmers Market share similar values around their food and how it was grown and raised. photograph by Samantha Everette

The market is a passion project for its founders, including Ochola. Full-time, he runs the Durham-based Palace International restaurant. If the pandemic had a silver lining, Ochola believes it’s the opportunity it afforded him to focus on growing the market. “Being a businessperson who has struggled through the pandemic, I understand how difficult it is for farmers,” he says.

The cofounders quickly made plans to host the market monthly during the pandemic, then every other week, and then expanded with a second location at the Southeast Raleigh YMCA. Almost 2,000 people attended Raleigh’s opening day. “The markets are funded by donations, and with our capacity, we do what we can,” Ochola says. “The farmers have seen revenues increase 20 to 60 percent — and that was just last year during the pandemic.”

When it opens this April for the 2021 season, the Black Farmers Market will have more than 40 members. Most are farmers, joined by a few vendors who craft wares like skincare, carpentry, beverages, spices, and baked goods.

In October, Paige and Derrick partnered with the Black Farmers Market to host its first Farm-to-Table dinner. Illuminated by twinkling lights strung along the posts that line the driveway to Grass Grazed farm, small groups shared meals to celebrate community and local farmers. “We processed the chickens the day before and handed them off to the chef to prepare for dinner,” Paige says. “And the produce was produced by another Black Farmers Market member — a true farm-to-table experience!” 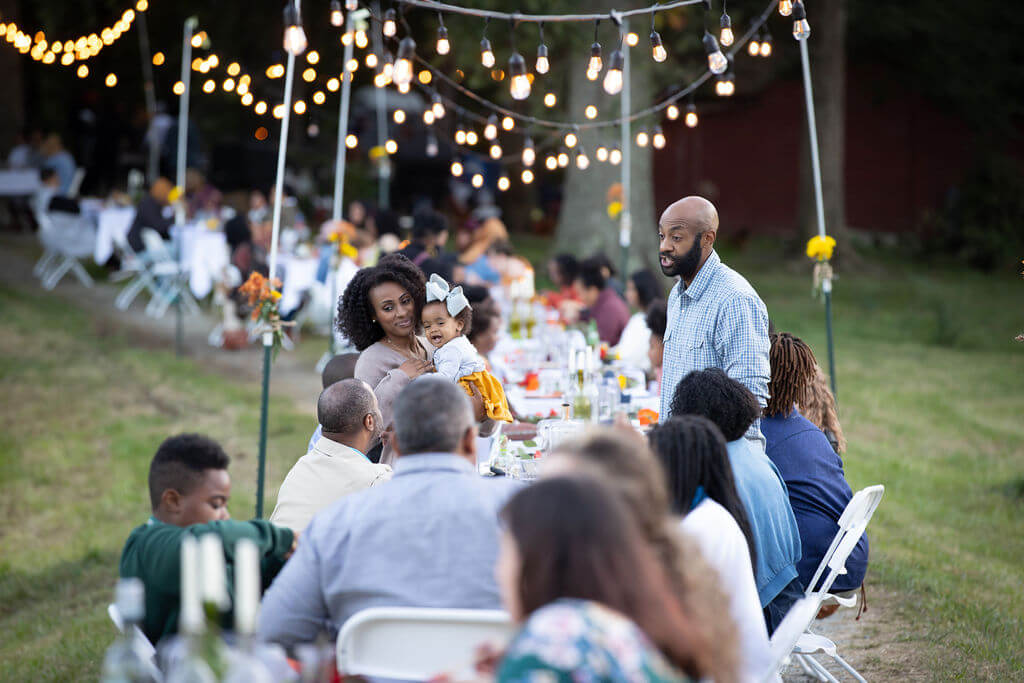 Paige and Derrick partnered with the Black Farmers Market to celebrate community and local farmers at the first Farm-to-Table dinner at Grass Grazed farm. photograph by Damon Butler

By participating in the meal, farmers and chefs hoped to give their growing network a way to connect outside the market. “We’re planning a similar concept in the spring and have already gotten inquiries from people in Charlotte and even Virginia who want to attend,” Paige says. “Events like this are needed now more than ever because people need to know their farmer and their food.”

Derrick explains why, even before the pandemic, Black farmers needed access to consumers that the Black Farmers Market provides. “A lot of traditional farmers markets were established and developed a long time ago. They have their vendors, and they want to remain loyal to them so they don’t allow too many new vendors,” he says.

In Derrick’s opinion, the more markets there are, the more diversity there is, which gives societies the opportunity to prevent food scarcity. “When we have multiple markets instead of one per city, consumers have choices,” he says. “If there are five Walmarts in a city, we need to have at least five farmers markets.”

“Too many communities have little access to healthy and affordable food options,” Ochola says. “We’re trying to inspire self-sufficient communities that support Black farmers, who make up just two percent of our country’s farmers.”

Derrick adds that because consumers shop multiple times a week, they need markets multiple days a week. “The Black Farmers Market did a good thing by hosting on Sundays,” Derrick says. “It gives consumers the freedom and flexibility to access fresh, local foods. The turnout is amazing.”

Ochola and the team created the Farmers’ Fund, a grant program with partner, Civic Federal Credit Union to meet the emergency needs of farmers. Beyond a shared mission, there is a strong link between Black farmers and credit unions in North Carolina that goes back nearly 100 years. North Carolina was the first to establish an African American credit union in 1918, founded by local Black farmers to address the specific needs of their community.