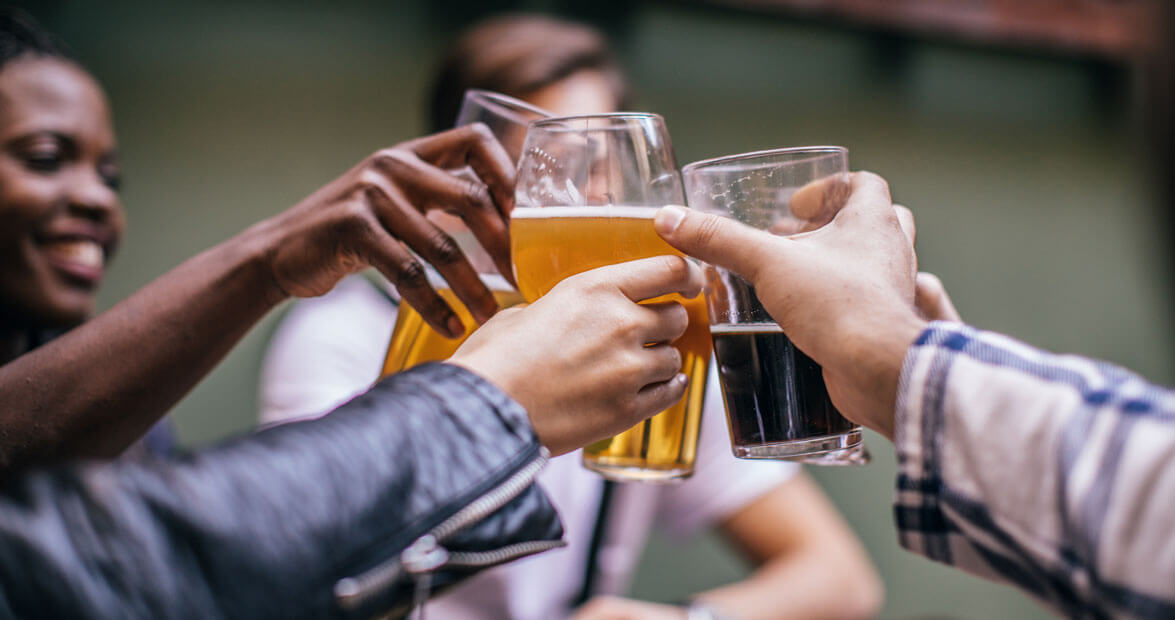 Listen to bluegrass performances from groups like the Sam Bush Band at Salvage Station. This year’s 23rd annual festival will put more emphasis on music than in years past but will still feature more than 100 beers and ciders. Purchase tickets here.

Try a newly released cider or two at Botanist & Barrel’s tasting room while indulging in all-you-can-eat pancakes. Local specialty producers and farmers will display a variety of items for purchase, including herbs, pottery, jewelry, honey, cheese, and more.

Enjoy performances from alternative rock bands like Puddle of Mudd, Fuel, and Tonic at Historic Rural Hill. Taste barbecue and beer from local vendors, compete in a sanctioned barbecue competition, or just watch from the sidelines. Purchase tickets here.

Sample craft beers and ciders from more than 20 local and regional breweries and jam out to live music downtown. Purchase tickets here.

Compete to win in a beard and mustache competition. Try your hand (literally) at Bavarian finger wrestling, enter a team relay race, and enjoy a beer during this event at Foothills Brewery and Tasting Room.

Listen to live music from artists Colin Allured and The B-Sides, enjoy a bite to eat from Wild Willie’s Wiener Wagon or Bandito Burrito, and, of course, enjoy a cold beer at Joymongers Barrel Hall.

Celebrate the last day of Munich’s Oktoberfest in Concord with a stein of Southern Strain Brewing’s Festbier Lager. Listen to live music from Route 161 Happy Wanderers and eat a German spread of brats, fresh pretzels, and apple strudel from Hot Box’s “Next Level Kitchen.”

Indulge in a culinary evening complete with a four-course meal prepared at The Esmeralda Inn Restaurant. Each course will be paired with a beer from Whistle Hop Brewing Company. Reserve a spot by calling (828) 625-2999.

Hop on the Charlotte trolleys for free transportation to seven local breweries throughout the Queen City. The trolleys will travel throughout the fall crawl circuit all day so attendees can go back and forth between their favorite breweries.

Think you have what it takes to win a brew duel? Beer brewers will compete in a brew-off, making beer with Epiphany Craft Malt. Blind judging will determine which beer takes home the top prize. Attendees can also play medieval games and enjoy delicious turkey legs. Purchase tickets here.

Sit back and relax with a beer, a plate of food, and live music at Sugg Farm Park. Three live bands, more than 70 breweries, and multiple food trucks await festivalgoers at this sixth annual event. Purchase tickets here.

Explore the making and history of ciders from around the world, and then try some ciders at Carolina Beer Temple. Purchase tickets here.

Learn about the how’s and why’s of beer making and drinking from scientists at the Museum of Life and Science. Explore the museum’s exhibits, listen to live music, and purchase a treat from a food truck. Proceeds will benefit the museum’s conservation and education initiatives. Purchase tickets here.

Breweries, cideries, and wineries east of I-95 will be exclusively featured during this event. Listen to live music and enjoy a variety of food from vendors.

Get a first look at Unknown’s Wood & Grain Distillery project, taste a new beer, “Squash Those Pumpkin Beers,” and participate in the flannel, apple bobbing, and pumpkin chunking contests, among other activities. Register here.

A variety of rare and exclusive beers will be served at this event. Sip beverages on the deck of the USS North Carolina while taking in a beautiful view of the Wilmington skyline. Guests can also look forward to great food and live music. Purchase tickets here.

Relax under the tent or around the fire at Casa de Montecristo’s for an evening filled with live music from the Ben Gatlin band, craft beer, and barbecue. You can even pair your brew with a hand rolled cigar – meet the makers of Southern Draw and Henry Clay War Hawk cigars. Purchase tickets here.

There will be more than 100 craft breweries and wineries at this festival at Marina Grill. This 19th annual festival will be broken into two sessions to help accommodate all interested attendees. Purchase tickets here.