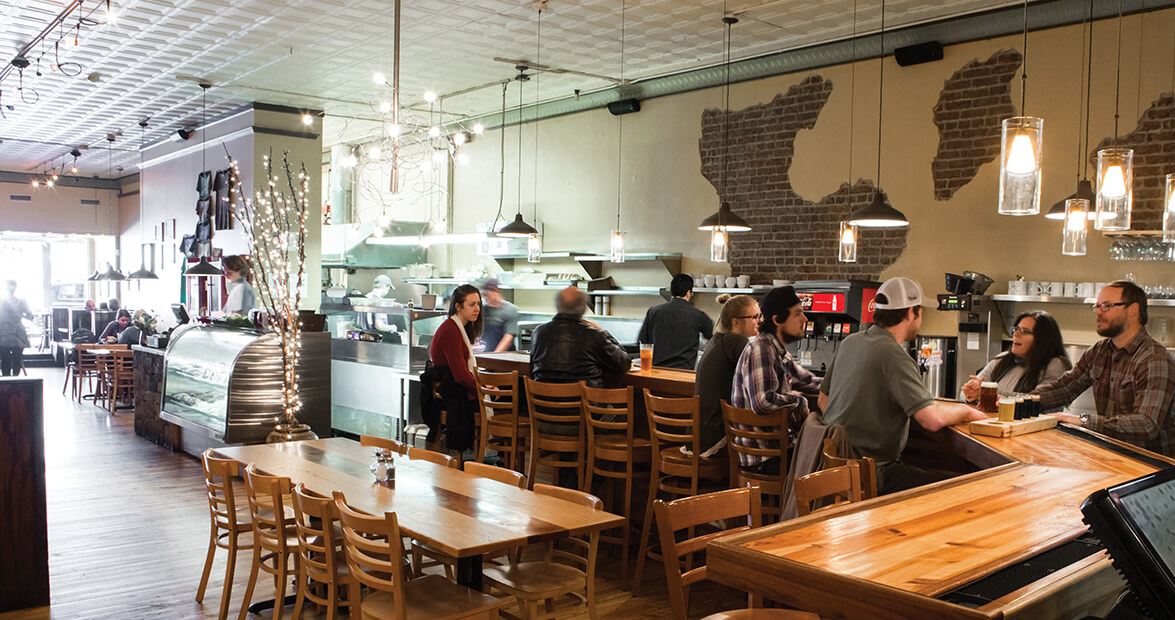 Sam and Jennifer Parker run Our Daily Bread as though it were their favorite place to eat in Boone — because it is. They work there each day and stick around to eat supper with their kids at least once a week between sports practice and homework. “We run our place as though we’re having family and friends over to the house, but with more places to sit,” Jennifer says.

The Parkers met while Jennifer was finishing her last year at the University of Georgia. Sam grew up in Athens and started working in the restaurant business at a young age. By the time he graduated, he knew three things: He wanted his own restaurant; he wanted it in a Southern college town; and he wanted to build it all with Jennifer.

During a trip to Boone in 1998 that was part vacation and part scouting expedition, the couple found themselves eating lunch at Our Daily Bread, opened by the Mowery family in 1984. ODB, as a popular bumper sticker calls it, sits on King Street in the heart of downtown and on the edge of the Appalachian State University campus. Across the street was an outpost of the legendary Mast General Store, and next door was the beloved Boone Drug, a gathering spot for locals. As the Parkers ate, they could see the street outside buzzing with life. Sam looked at Jennifer and said, “I sure hope this place is for sale.”

Soon as it was, and they bought it. Boone was their new college town, and they intended to make it their new hometown, too. 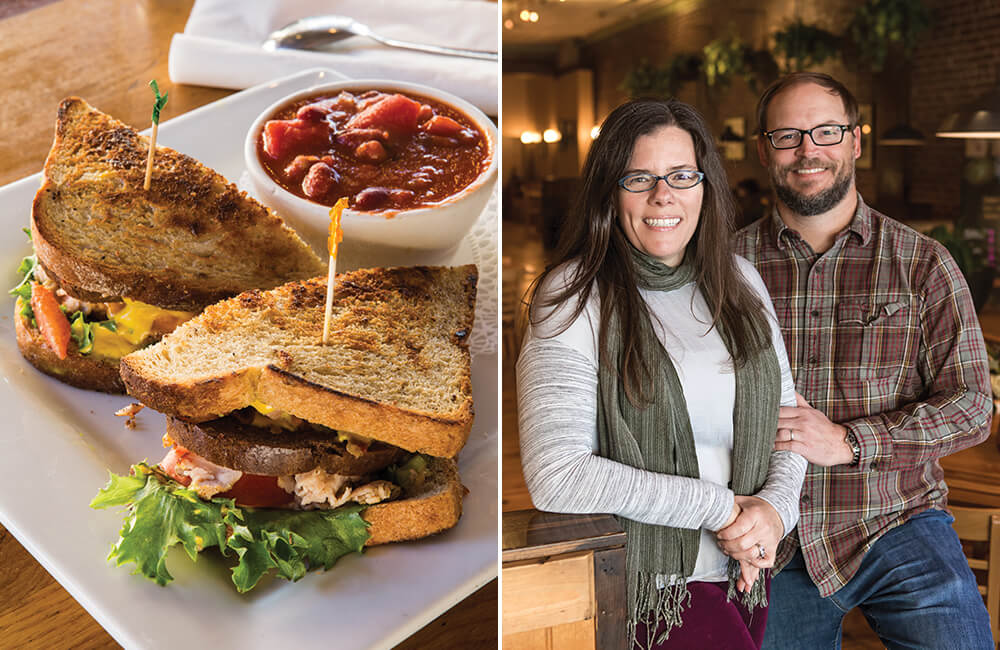 A classic King Street lunch: the Jamaican — the only sandwich the Parkers kept from the original ODB menu — and a cup of chili. | Jennifer and Sam Parker’s vision for Our Daily Bread has shaped both the menu and the interior. photograph by Jon Eckard

Once at the helm, Sam and Jennifer started putting their mark on the menu, revamping or replacing each item so that as much as possible could be made from scratch, and from local ingredients. The only sandwich carried over from the original menu was the ever-popular Jamaican, a turkey sub piqued with sweet-and-tangy pepper relish and a secret sauce. (The sauce is homemade nowadays.) The Parkers packed the menu with sandwiches, including plenty of vegan and vegetarian choices, plus soups, salads, sides, desserts, and a selection of some 50 to 60 beers, including local and regional varieties, that rotate through their taps.

Beyond the brimming base menu, ODB is renowned for its daily specials — like Jennifer’s favorite, a turkey and brie sandwich with apple chutney on a warm croissant — handwritten on a chalkboard that greets each person at the door. If a special develops enough of a loyal following, it might get promoted to the permanent menu, which was the case with the strawberry salad with goat cheese, candied walnuts, and honey-balsamic dressing.

A display case in the middle of the restaurant gives patrons a peek at the day’s desserts, always scratch-made from family recipes. Choices might include a generous wedge of carrot cake or “Death by Chocolate” layer cake, and one or more cheesecakes in tempting flavors like white chocolate-strawberry, lemon-honey-ginger, or peanut butter-apple.

Inside and out, ODB captures Boone and the Blue Ridge, both old and new. The storefront has been home to a number of businesses, including an A&P grocery and a clothing store. The second story, once home to a doctor’s office, has since been divided into five apartments.

When it came time for a big remodel in 2007, Sam and Jennifer wanted to make the most of what they could see in the old bones of the place, but they couldn’t have imagined the hidden relics that they couldn’t see. As the drop ceiling came down and the paneling came off, they discovered Italian ceiling tiles and brick walls.

Inside and out, Our Daily Bread captures Boone and the Blue Ridge, both old and new.

The more they removed, the more they revealed, including a trove of original building materials that had been stowed in the cellar. Through the years, the treasures had remained untouched, biding their time until they were needed, as though someone had pressed pause on history. There were stacks of chestnut boards, which the Parkers used around the bar to replace heart pine that had nearly eroded from decades of footsteps. There were even old horseshoes buried in the dirt floor of the cellar, a mystery until a local historian explained that Boone’s earliest citizens tied their horses in an alley that once ran alongside the building.

When remodeling required materials not found in the magic cellar, the Parkers tracked down local options whenever possible, such as 70-year-old boards reclaimed from an abandoned Watauga County homestead. The huge L-shaped counter and bar is made from four different types of local timber.

Guests occasionally ask why there is a swath of exposed brick on one wall, commenting that it looks a bit like a tortoise racing a hare. Sam admits with a chuckle that it’s not a deliberate design element or a subliminal message. They simply didn’t have a chance to get to it with fresh plaster. As the dawn’s early light began to shine on the day they were to reopen, it was time to stop plastering and start cooking.

Cook they did, and do. Sam and Jennifer still develop all of ODB’s recipes, yet they give creative leeway to their kitchen manager to make the most of the day’s ingredients. Sometimes, unexpected opportunities arise, like a bonus delivery of produce from their community-supported agriculture program (CSA) or local farmer friends.

Along with their staff, the Parkers strive to prepare and serve consistently delicious meals. They keep prices low so that Our Daily Bread can remain a smart choice for vacationers, locals, and students, both for lunch and, in recent years, for dinner. (“It’s a civic duty to have a light on after 6 p.m. in a college town,” Sam says.) It’s clear that their customers appreciate their efforts: On game days, holidays, and weekends in downtown Boone, the line of customers often stretches out the door and down the block.