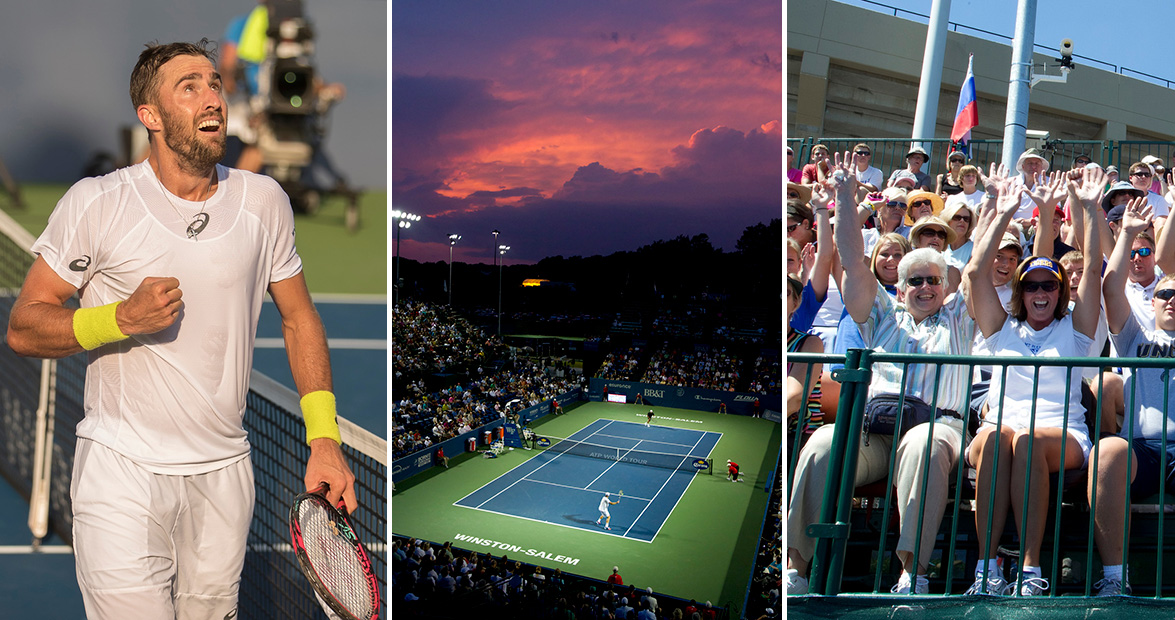 It’s not every day that some of the world’s most talented men’s tennis players visit the Twin City. This week, 48 singles players and 16 doubles teams will vie for the title of Winston-Salem Open champion at the city’s premier sporting event, held August 18-25 at the Wake Forest Tennis Complex. Tennis fans new to the sport will find that a trip to the Open can be a memorable experience — especially if they know how to make the most of their time there. So rally a group and set a date; then, check out our comprehensive guide on how to ace looking and acting the part of a seasoned tournament attendee.

Throw that antiquated all-white rule out the window: Wimbledon is the only tennis tournament that requires players to dress in white, so if you’re looking to pattern your attire after the players’ outfits at the Open, the entire color spectrum is fair game. Instead, the only rule we’re instituting is to wear something comfortable. Light, breathable fabrics such as linen and cotton are forgiving under the afternoon sun, and they’ll fit in with the more casual dress code this event follows.

For men, a white or light-colored polo paired with shorts and sneakers or loafers is a popular choice. Women should go for a country club-casual or sporty-chic look by throwing on a shirtdress, a summery top with shorts or capris, or a skirt and shirt. The best accessory you can add is a wide-brimmed hat — more than just a stylish finishing touch, the hat’s true, practical purpose will quickly come to light when seated courtside. Finally, no Open outfit is complete without a layer of sunscreen. The event’s no-umbrellas policy and lack of overhead covering mean that those who don’t lather up before a daytime match will find that memories won’t be the only things lasting post-tournament.

If you’d rather use the Open as an excuse to squeeze in some end-of-season shopping, support a small business by visiting one of Winston-Salem’s locally owned clothing stores. Mellie and Emilia, a boutique which supports hometown makers by carrying Triad-based brands, and Monkee’s of the Village, which carries a variety of upscale lines, both offer Open-appropriate apparel. When in doubt, Winston-Salem Open tournament director Bill Oakes’s rule of thumb is to “go with whatever you’d wear to a football game.” Except for the cowboy boots; it is August, after all.

Whether you’re in the know on spectator decorum or new to the tennis-watching world, brushing up on your tennis etiquette makes for a more enjoyable experience for everyone.

First and foremost, don’t make a racket while the players are swinging theirs; this means no talking or leaving your seat while the ball is in play. Being a good fan means making some small sacrifices, so hold your brag about the perfect mid-serve photo you snapped until after the end of the point. This also means resisting the urge to cheer every time David Goffin runs his hands through his hair — save the applause and cheering for the end of a long rally or well-played point. While you’re welcome to use your phone while courtside, be sure to set it to silent and turn off the flash if you’re taking photos.

Each match is played in best-of-three sets and can vary from as short as 45 minutes to as long as three hours, so rest breaks require some planning, as randomly getting up mid-game is frowned upon. Wait for the players to change ends either after the first three games or every other game after that to dash to the bathroom or grab a snack. If you’re unsure about when you can re-enter, do a quick scan for people in purple; they’re event volunteers and can lend a hand. 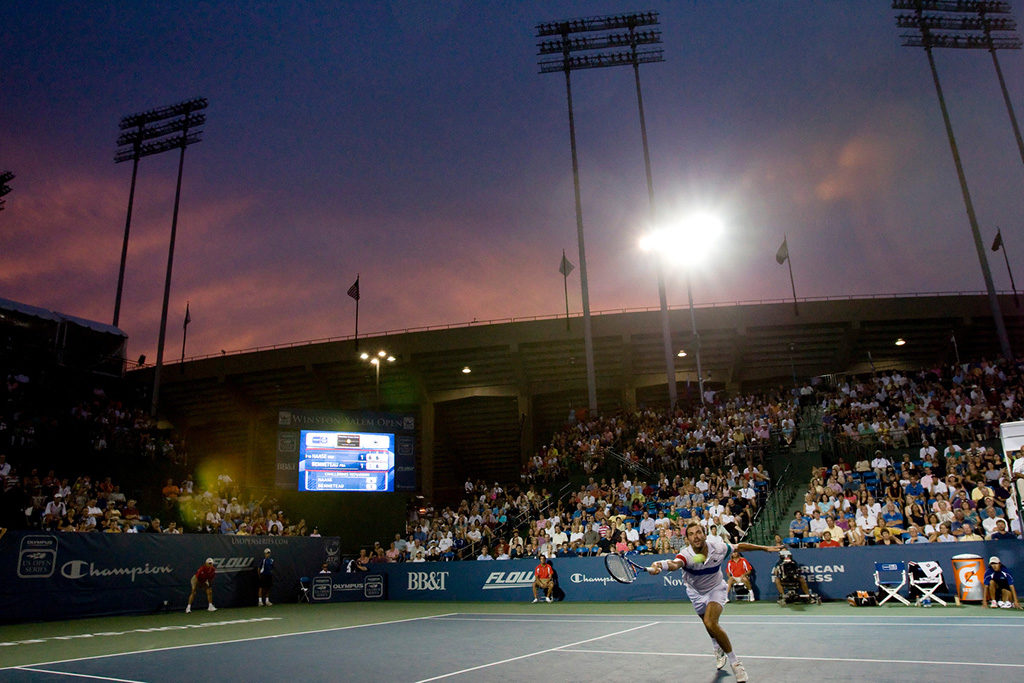 Nabbing an elusive autograph can seem like a daunting task, but if you know when and where to be, you’ll greatly improve your odds. Gates open 90 minutes prior to the start of a match, so show up early and head straight to the practice courts near the entrance. Not only are the courts great places to take photos and watch your favorite players up close, but the athletes will also be more likely to sign autographs as they’re exiting.

If you miss the players during practice, don’t despair. While it’s rare for players to sign anything prior to taking the court for a match, some proper positioning post-match can help you get a signature. After a session, Oakes recommends heading to the west side of the stadium (the side that the chair umpire sits on) to catch the athletes as they’re leaving the courts. Also, listen for announcements for periodic scheduled autograph sessions in different parts of the stadium. Once there, uncap your Sharpie, smile big, and be sure to say thank you if your favorite player — cough, cough, Sam Querrey — decides to stop and sign. 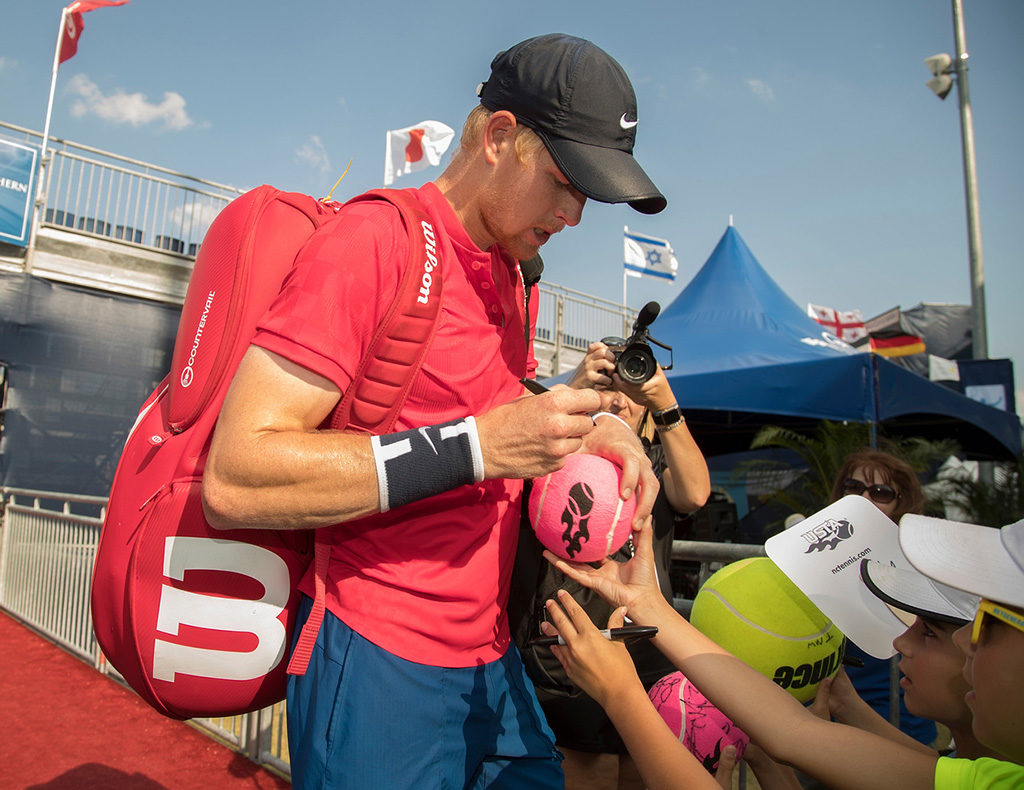 Satisfy your hunger by stopping for a snack, such as ice cream or a hot dog, at the concessions to eat in the stands, or visit the food truck alley between matches to find a little local flavor without leaving the stadium.

Off-site, the Twin City is full of good eats. For sit-down meals that pair Southern cooking with modern twists, try Willow’s Bistro or Sweet Potatoes. For a Southern spin on a simple sandwich and salad, pair Willow’s Bistro’s fried oyster salad with the fried green tomato BLT. Sweet potato lovers have to try the waffle fries or cornbreads from its namesake restaurant’s menu. Or, mark the occasion by splurging on an upscale meal at Ryan’s, a seafood, steak, and chops-focused dinner restaurant. Tip: Reserve a spot on its impressive outdoor patio.

Take Advantage of the Location

Winston-Salem is rich with entertainment, and to not explore while in town would be a missed opportunity. Bike the seven-mile Salem Lake Trail in the morning. Stop for a post-Open drink at a local brewery: Wise Man Brewing offers games like pinball and jumbo Jenga, while Foothills Brewing Company brews one of the most popular IPAs in the state, Jade IPA. Old Salem, with its period-themed shops and Moravian cookies, and Reynolda House, home to a renowned art museum and garden, are also just a few miles from the stadium.

When it’s time to lay your head down, few stays top the Kimpton Cardinal Hotel, housed in the former R.J. Reynolds Tobacco Company offices and known for its luxury amenities. Or, follow the players’ lead and stay at Twin City Quarter’s Marriott or Embassy Suites hotels — both featuring special Open rates. The possibility of an after-hours sighting of the players is gravy on the biscuit! 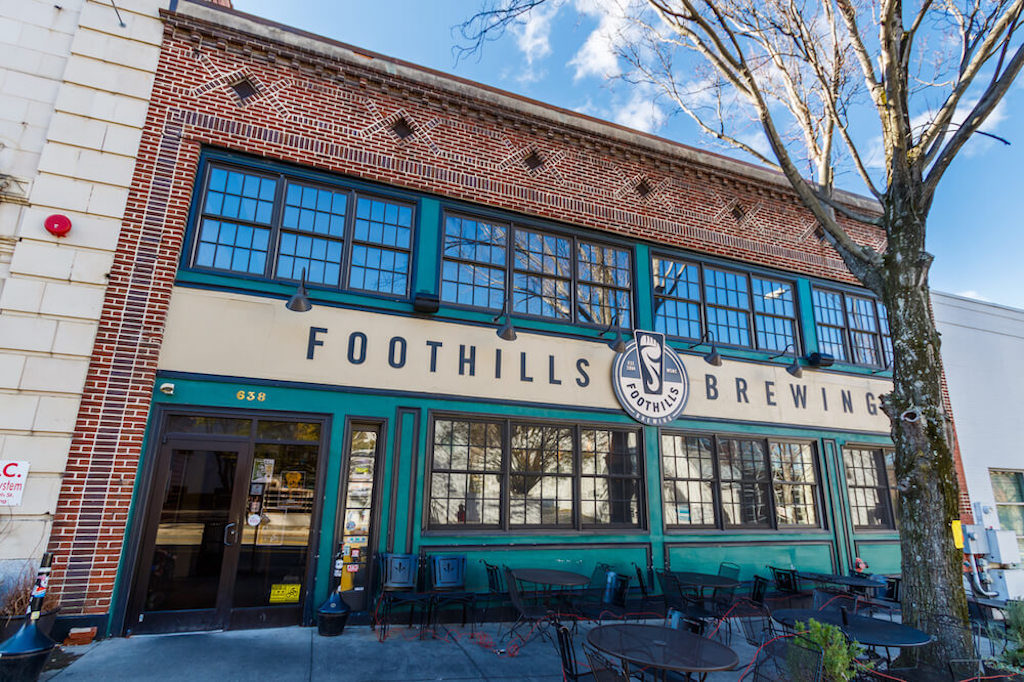 Keep these last pieces of information in mind when heading courtside: