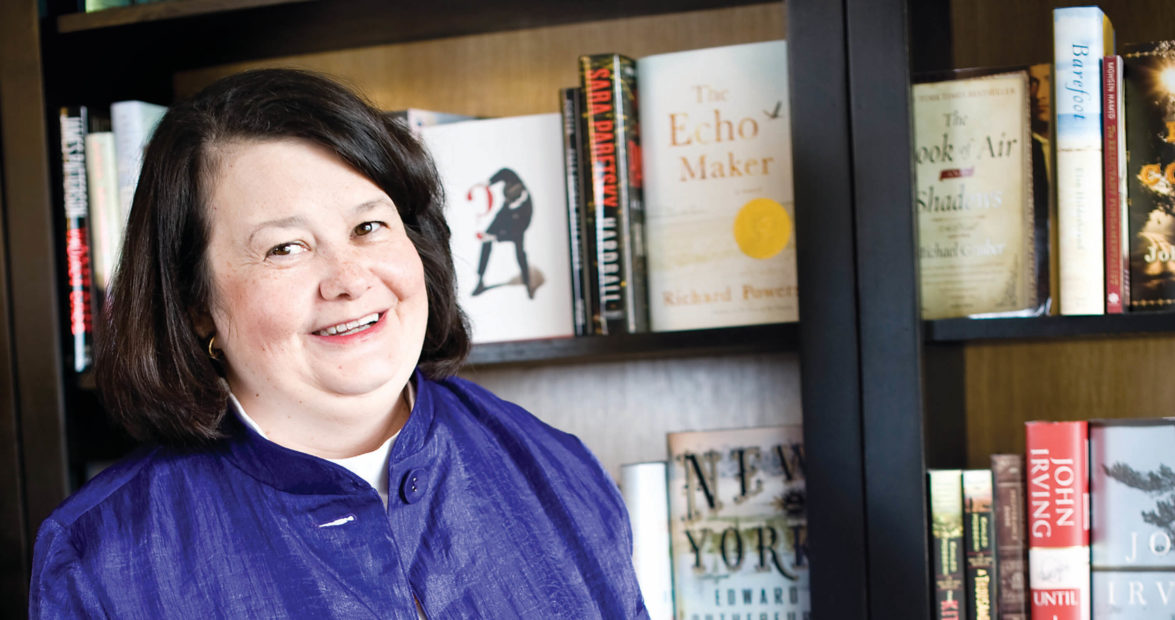 Most independent bookstore owners would be delighted to have one best-selling, prize-winning author turn out to celebrate their store’s debut. When Sharon Wheeler opened Purple Crow Books in downtown Hillsborough in 2009, she could count four: Frances Mayes, Michael Malone, Lee Smith, and Hal Crowther.

It helped that none of them had far to travel. They all live in Hillsborough, along with scores of other authors, poets, and intellectuals who help make the central Orange County town of about 5,600 one of the most literary communities in the state. That was one reason Wheeler felt emboldened to open an independent bookstore here in the midst of a once-in-a-generation recession, even as technological advances threaten the viability of books printed on paper. She believed in Hillsborough’s readers.

“I probably wouldn’t have tried it anywhere else,” Wheeler says. “I almost feel like this was a town that needed a bookstore. Hillsborough has, to me, such an endearing and strong sense of place.”

A love of reading

Wheeler’s gentle, measured voice recalls the 23 years she spent as an elementary school guidance counselor and social worker. A pair of square-framed, red glasses perch atop her freckled nose, and a soft crown of dark-brown hair frames her face. She’s the sort of person who makes even adults hope she might read them a story.

She tries to keep every Hillsborough author in stock. Local readers and writers have responded with love. They sign copies at Purple Crow’s readings. They order books for their classes from her. Maureen Quilligan, a Duke University English professor who is married to Malone, made fabric shades for the store’s overhead lights and painted the store’s wooden, purple-lettered “OPEN” sign. Wheeler refers to Quilligan and Malone as her guardian angels. Malone believes Wheeler is destined to become one of the state’s legendary independent bookstore owners.

That dream follows a nightmarish episode in Wheeler’s life. She became acquainted with Hillsborough while her husband, Joe, was battling renal cell carcinoma. The cancer took hold of his brain and kidneys. Fighting the cancer took over their lives.

Wheeler retired early from her job at Alexander Wilson Elementary in Graham and spent hours on Interstate 40, driving Joe from their home in Burlington to treatments at Wake Forest University Baptist Medical Center in Winston-Salem. As an escape, she would go shopping in Hillsborough. Those shopping trips led her to take a part-time job at a bookstore in town. It was a way to keep her mind off Joe’s illness, which took his life after two and a half years. She had always wanted to own her own bookstore. Losing Joe prompted her to do it.

Wheeler makes the most of Purple Crow’s small space by turning a curator’s eye on her inventory. Although she doesn’t have the room to replicate the selection of larger chains, she hopes she has something for everyone. A work’s enduring appeal carries as much weight with her as its release date.

She takes a similar approach to children’s literature. Her kids’ section is a magical nook with a whimsical couch, carved out of a claw-foot tub and fitted with a deep cushion, that offers a perfect reading spot. Purple bookshelves hold titles that reveal Wheeler’s years working with children.

Among them is Baseball Saved Us, which tells a tale of the Japanese internment camps, Patricia Polacco’s beautifully illustrated historical-fiction books, and current titles such as the Diary of a Wimpy Kid series and The 39 Clues books.

Wheeler loves reading to children as much as she loves reading herself. That she can incorporate those passions into making a living continues to be a blessing of happiness for her.“To sell things that you believe in is an incredible gift,” she says. “And I am grateful every day. … Sometimes I have to pinch myself that this is me.”