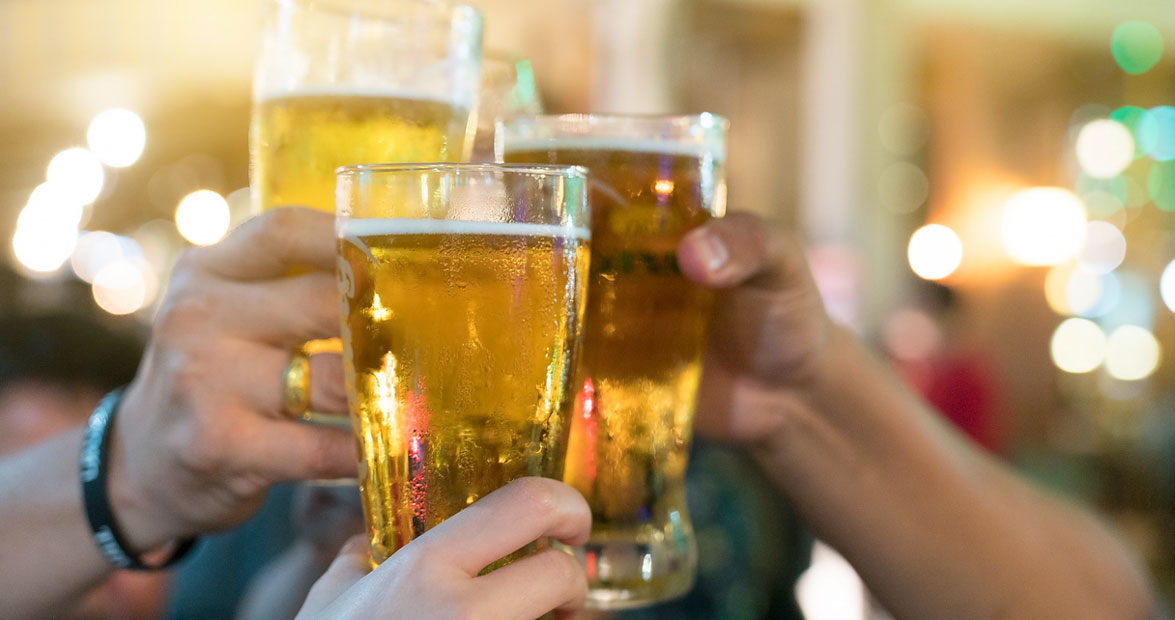 This Labor Day Weekend, make plans to attend the two-day “Resident Culture Turns One Music Festival.” Festival-goers can look forward to a three-hour tasting session of canned beers from breweries across the country, limited-edition brewery swag, and a to-go case of 24 assorted cans from participating breweries. Purchase tickets here.

The Sour Barn is celebrating its second anniversary with a Labor Day Weekend beer festival, complete with local and imported craft brews. Tickets are available for either the afternoon or evening session, both offering a variety of beers, music from a DJ and local band, games, vendors, and a food truck. Purchase tickets here.

Have a beer before the Hickory Crawdads vs. Greensboro Grasshoppers ball game starts at 7 p.m. during this popular event. Attendees will have access to unlimited samples from a collection of breweries spread across the state; seating is also included in the cost. Purchase tickets here.

The brewery tents extend nearly as far as the eye can see at this annual festival, which celebrates North Carolina-made beer with unlimited two-ounce samples and a variety of musical acts. More than 15 food trucks will also be on-site — serving everything from tacos to barbecue to steam buns — to satisfy your hunger as you quench your thirst. Purchase tickets here.

A night under the stars in Round Peak Vineyard is even more enjoyable when you’ve got a couple of cans of Skull Camp Brewery beer to crack open fireside. Purchase both a camping pass and an event ticket here to experience the full package: two meals, three drinks, live music … and s’mores, of course!

Spend an evening drinking and thinking about beer at this informative Museum of Life and Science event. Admission includes food and drink samples, as well as access to exhibits, such as Dinosaur Trail, and the butterfly house. Purchase tickets here.

Live music and cold beer will beckon festivalgoers to Memorial Stadium this month for the 22nd edition of this beloved Asheville festival. Follow the event’s Facebook page to stay up-to-date on when tickets will be available to purchase.

Rotate through a selection of newly released beers from the Port City’s breweries as you use your provided “passport” to hop around downtown Wilmington. The event, organized in conjunction with Cape Fear Craft Beer Week, offers prizes to those who return with a fully stamped passport at the end of the day. Purchase tickets here.

What better way to spend a Saturday afternoon than indulging in unlimited local cheese and beer samples in downtown Hillsborough? Sixteen cheesemakers and 12 breweries will be present, in addition to Triangle-area vendors and a local band. Purchase tickets here.

Show up in costume and participate in a dance contest, view the bike parade, and enjoy live music, all in one wacky afternoon. The festival, which is celebrating its 19th anniversary, will donate a portion of its proceeds to a western North Carolina bike nonprofit. Purchase tickets here.

Pair your beer with blues and barbecue for a good cause: supporting Fuquay-Varina’s Downtown Association. Each drink ticket for this fund-raising event, sold on-site the day of, includes 10 tastings.

Purchase your beer tickets on-site and grab a pour from one of the more than 15 regional breweries tapping kegs by Lake Norman at this free festival. Two Charlotte-area bands and food vendors will also be present.

Pick up a souvenir stein or wine glass at the entrance and fill your vessel with beverage offerings from three breweries and eight wineries. Hors d’oeuvres are included in the price of admission, as well as entry in door prize raffles.

Twenty-five breweries and corporate sponsors have partnered to create original beers in this brewing showdown — and you can help determine the winners! Enjoy unlimited tastings, vote in the People’s Choice Award, and support Children’s Flight of Hope. Purchase tickets here.

Put your cornhole skills to good use by helping raise money for St. Baldrick’s of Transylvania. The tournament is part of the organization’s larger Get Buzzed at the Brewery event, organized in support of Childhood Cancer Awareness Month.

Catch Americana band Leftover Salmon alongside several regional and national musical acts on the Pisgah Brewing Outdoor Stage. Be sure to take a break from the music to participate in a guided VIP brewery tour and tasting on Saturday afternoon.

The two day festival will feature a variety of events held in Beaufort from intimate beer dinners, luncheons and seminars to the 500 person Beer, Bubbles and BBQ tasting event at Front Street Village.

Make your next trip to Wrightsville Beach Brewery a family affair by bringing the kids to this second-annual children’s music festival. Live music, games, food and drinks, and vendors will be set up in the beer garden for the duration of the event.

Head to the square to sip on selections from 12 craft beer vendors as you browse through 40 vendor booths at this autumn festival. Pumpkin and other fall-flavored beer lovers will find an additional selection of seasonal craft beers inside Harvey’s and Cornelius Drafthouse and Bottle Shop for the event.