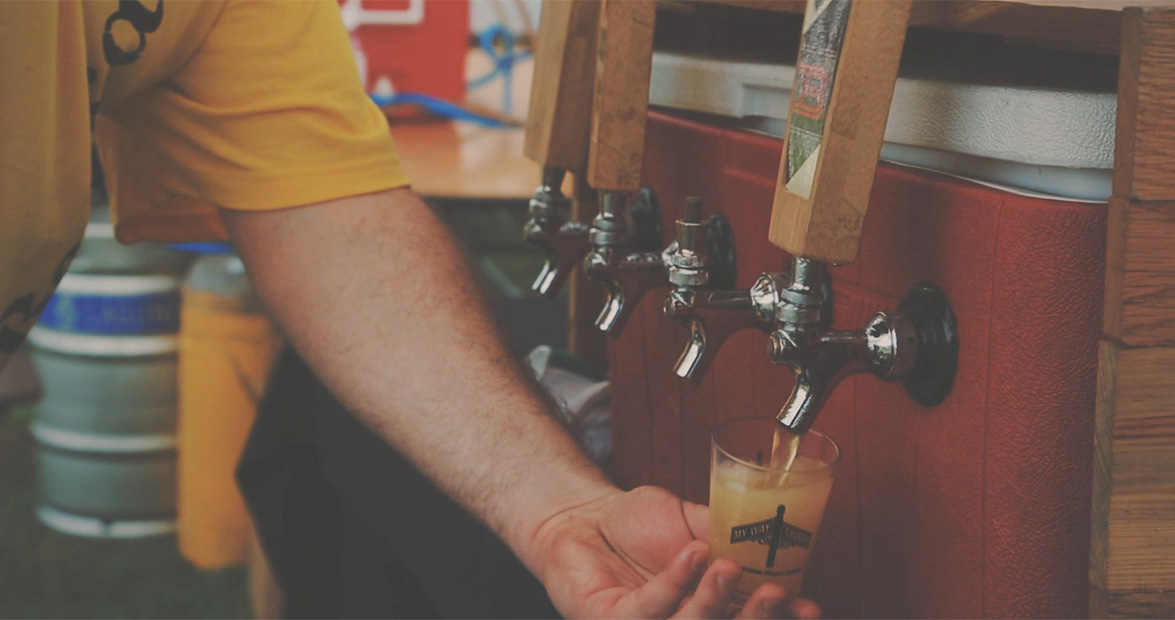 Join Asheville Brewing Company at the Salvage Station for the 4th annual release of i9PA, a double IPA brewed in collaboration with Industry Nine, an Asheville-based company producing bicycle wheels. Proceeds from the event will benefit Asheville on Bikes and Connect Buncombe.

Beericana is a craft beer and music festival featuring unlimited tastings from over 70 breweries, the majority of which are North Carolina-based. There will also be food trucks and live music. Tickets can be purchased here.

Salisbury Sip is an annual craft beer festival taking place throughout downtown Salisbury. There will be over 25 variety of local and regional craft beer. Tickets can be purchased here.

Join Catawba Brewing for an interactive journey through taste, featuring four Catawba beers each paired with a truffle and a chocolate bar. Tickets are $20 and can be purchased here.

Visit the Museum of Life and Science in Durham for Science of Beer. More than 25 breweries will be on hand serving samples as scientists teach you the science behind brewing. Guests will have the opportunity to explore the 65,000 square feet of hands-on exhibits. Tickets can be purchased here.

Come to the downtown Raleigh Carolina Ale House for a collaborative dinner with White Street Brewing Company, based in Wake Forest. The dinner will have four courses, each paired with one of White Street’s offerings. Tickets can be purchased here.

Asheboro’s Four Saints Brewing Company will be presenting an informative workshop on factors to know for anyone considering opening a brewery or taphouse, including current trends, regulations, and best practices for establishing business plans. The event is free but registration is strongly encouraged.

The 6th Annual Co-Hops Beer Festival will take place Saturday, September 23 at Company Shops Market in Burlington. Tickets can be purchased here – they include unlimited tastings of over 40 local craft beers, a commemorative tasting glass, and six beers to take home.

The 2nd Annual Big Elkin BrewFest will be held Saturday, September 23 in Elkin. The event will feature live music, food trucks, and beer from over 14 North Carolina Breweries. Tickets can be purchased here.

NoDa is kicking off Breast Cancer Awareness month Thursday, September 28 with a collaborative event with Charlotte Radiology. The event (featuring a special pink beer brewed for the occasion) is open to the public and will benefit Carolinas Breast Cancer Fund.

Put on your favorite lederhosen or dirndl say “prost!” with thousands of other beer lovers at Sierra Nevada’s Oktoberfest celebration. This year, the brewery teamed up with Germany’s Brauhaus Miltenberger to brew an authentic festival beer. Tickets – including a commemorative beer stein, entertainment, and a contemporary German meal – can be purchased here.