Our seventh Summer Reading List of the year comes from Highland Books in Brevard. See what the staff recommends for your next read. Scroll down to see their picks. 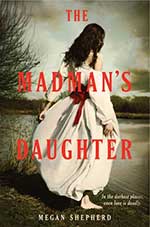 The Madman’s Daughter by Megan Shepherd
A retelling of The Island of Doctor Moreau for the Young Adult/Adult audience, this dark, historical thriller grabs the reader from the first page and never lets go. Moving from London in the 1890s to a remote tropical island, Juliet Moreau searches for her father to find if he is really the monster he’s known as in London. (Full disclosure: Megan Shepherd is the daughter of bookstore owners Tim and Peggy Hansen!) 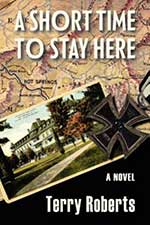 A Short Time to Stay Here by Terry Roberts
One of my favorite books of last year, this novel is set in Hot Springs in 1917 as the U.S. enters WWI and the luxurious Mountain Park Hotel is pressed into service as an internment camp for over 2,000 German nationals. A little-known but true historical event is brilliantly brought to life through excellent writing, memorable characters, and a plot invented to tell that little piece of western N.C. history. 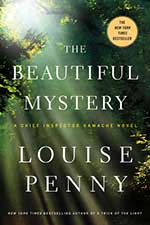 The Beautiful Mystery by Louise Penny
In a remote monastery near Quebec, a murder draws Inspector Gamache into the life of the monks, who have taken a vow of silence except during the singing of the Gregorian chants. The beautiful imagery of her writing allows the reader to hear the chanting, and this is one of the rare books in which I found myself re-reading passages due to the splendid writing. I miss the monks! I’ve shared this book with many friends, and all have loved it! 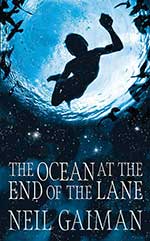 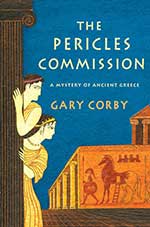 The Pericles Commission by Gary Corby
First of a series of historical mysteries set in ancient Greece. Pericles, just starting his career, hires a young man, Nicolaos, to solve a murder with the future of Athenian democracy at stake. Nice feel for ancient Athens, well-paced plot, a good dose of humor, and Nicolaos’s pesky younger brother, Socrates, to boot! 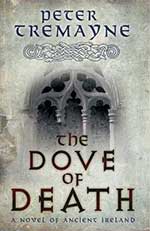 The Dove of Death by Peter Tremayne
Seventh century Ireland comes to life as Sister Fidelma, a woman detective and lawyer, has a difficult crime to crack. After her ship is boarded by pirates and the captain killed, Fidelma and her companion escape by jumping overboard. Rescued and brought to the local baron’s castle, she sets about investigating the crime. Good whodunit, all within the context of the religion and politics of the time. One of an intelligent and highly acclaimed series. 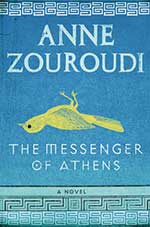 The Messenger of Athens by Anne Zouroudi
A woman’s body is found at the foot of a cliff on a beautiful Greek island in the first of a series based on the seven deadly sins. A detective from the mainland, known as The Fat Man, must contend with myths and local customs more powerful than the law, and he is convinced this is no accident. A compelling mystery and fascinating travelogue all in one. 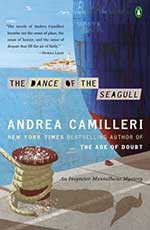 The Dance of the Seagull by Andrea Camilleri
Now Italy’s most popular author, Camilleri gives us another in his series featuring Sicilian detective Montalbano, a clever and humane man. In search of his missing second in command, he discovers a dark world of murder and corruption. And yet the everyday comedy of human nature comes through, too. By the way, the food in Sicily sounded so good, I had to look up the recipes! 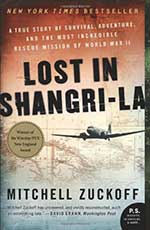 Lost in Shangri-La by Mitchell Zuckoff
A true account of a truly harrowing war-time episode in 1945, when several servicemen and women took a “just for fun” tour in a small plane over the jungle-covered mountains of New Guinea. The plane crashes and is unable to be located by rescuers; the survivors are injured and in the midst of man-eating tribesmen and all manner of jungle dangers. A riveting and thrilling reading experience!

Highland Books is a complete independent bookstore nestled in the charming town of Brevard in the mountains of western North Carolina. The spacious shop has been owned by Tim and Peggy Hansen for 36 years, and they feature an excellent selection of regional books including hiking guides and maps, fair trade crafts from Ten Thousand Villages, and a sizeable Children’s and Teen Book Department.

Read an Our State story about Highland Books.