Our third Summer Reading List of the year comes from Park Road Books in Charlotte. See what the staff, as well as Yola, the Bookstore Dog, recommend. Scroll down to see their picks. 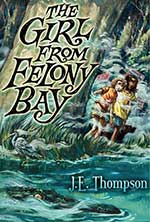 The Girl from Felony Bay by J.E. Thompson
Nothing is going right for twelve-year-old Abbey Force. Her father has been framed from a crime he didn’t commit, but it’s up Abbey to defend him while he is in a coma. Her home, Reward Plantation, had to be sold off to pay the bills, and she has to live with her less-than-sober Uncle Charlie. Hope comes in the form of a new friend, Bee, who is just as mischievous as Abbey — together they uncover a mystery that dates back to the Civil War, and might be related to her dad’s alleged crime. A debut novel by a South Carolinian, The Girl from Felony Bay invokes the spirit of the Low Country. Scout Finch would be proud! 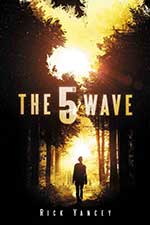 The 5th Wave by Rick Yancey
Earth has been decimated by an alien attack — electronics no longer work, the oceans have risen, a plague has killed over half of the world’s population, and now the aliens walk among the survivors, killing at random. Sixteen-year-old Cassie has managed to survive thus far by trusting no one until she meets Evan Walker, another loner who seems a little too good to be true. Ben — one of Cassie’s high school friends — trains with the military, preparing for the 5th wave of the attack, whatever that may be. For fans of Ender’s Game and The Hunger Games, The 5th Wave is a fast-paced thriller with something for everyone. 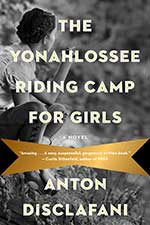 The Yonahlossee Riding Camp for Girls by Anton Disclafani
Loved this wonderful emotionally engaging, coming-of-age novel set in Blowing Rock at the approach of the Depression. Finding out why 15 year old Thea has been sent from the family ranch in Florida to the mountains of North Carolina is only the beginning of this wonderful novel. 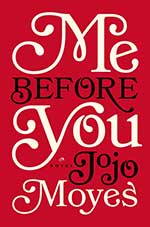 Me Before You by Jojo Moyes
Grabbed my full attention immediately and never let it go. I went everywhere with this book in hand as I had to find out what happened. And all I can say is WOW! Warning! You will cry and it won’t be pretty but after you finish this book you’ll give it to your best friend and she will love you even more. 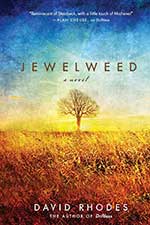 Jewelweed by David Rhodes
When I finished this book all I wanted to do is read it again. A beautifully written book that centers around the nuances of everyday life in a small town in Wisconsin. I still think about the characters in this book with a fondness that I usually reserve for my very best friends. 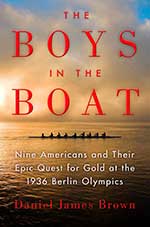 Boys in the Boat: Nine Americans and Their Epic Quest for Gold at the 1936 Olympics by Daniel James Brown
An incredible story about 9 working class rowers from Washington who win the gold in the infamous 1936 Berlin Olympic Games. Informative and inspirational — I guarantee you won’t be able to put this book down. 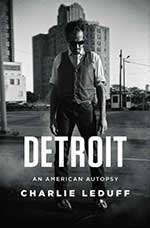 Detroit: An American Autopsy by Charlie LeDuff
Part expose, part memoir, part requiem. Reads like a noir thriller with a dark, wicked sense of humor. Couldn’t put it down. 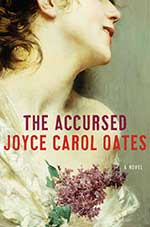 The Accursed by Joyce Carol Oates
An intricate tale of Princeton in the early 1900s, The Accursed was a haunting read, with the right balance of narrative and creativity of form. It may be a commitment at 666 pages, but Oates rewards you with every page! 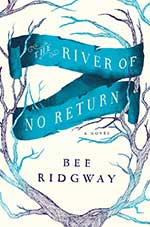 The River of No Return by Bee Ridgway
There’s nothing more satisfying than well-executed time-travel, and The River of No Return is that plus more. The recipe: part thriller, part historical occult, with just a dash of romance. I found myself swept up in all the characters and didn’t want to say goodbye! 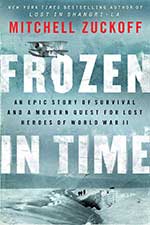 Frozen in Time by Mitchell Zuckoff
In 1942 during World War II three military planes crashed into the Greenland Ice Cap. This the true story of their attempted rescues. Terrific writing. A chilling read!!!

From Yola the Bookstore Dog 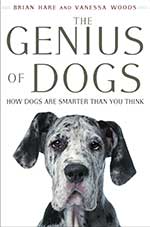 The Genius of Dogs: How Dogs Are Smarter Than You Think by Brian Hare and Vanessa Woods
“Thanks to Brian Hare, dog researcher and evolutionary anthropologist, people are starting to realize what we dogs have known all along. A great gift for the humans in your life!”

Park Road Books is a full service independent bookstore specializing in recommendations and customer service. Established in 1977, our staff — including Yola the Dog — has over 100 years of combined experience.