Our fifth Summer Reading List of the year comes from Pomegranate Books in Wilmington. See what the staff recommends for your next read. Scroll down to see their picks. 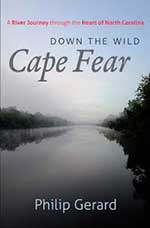 Down the Wild Cape Fear: A River Journey Through the Heart of North Carolina by Phillip Gerard
Did you ever wonder when  you drove to the beach on Interstate 40 what the name of the river was you just passed over? Or what the sign “Entering the Cape Fear Watershed” meant? In this book, Phillip Gerard paddles the reader from the confluence of the Haw River and the Deep River in center of the North Carolina all the way to the coast: camping on sandbars, tipping canoes on the rapids, skulking through backyards, and always, always bringing the reader to live within the hidden world of birds and fish and the natural beauty of the river. The kind of book that lasts in your heart and mind. 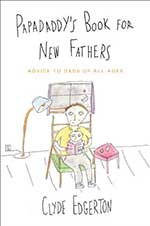 Papadaddy’s Book for New Fathers: Advice to Dads of All Ages by Clyde Edgerton
Hilarious! It’s what we’ve come to expect from Clyde Edgerton. The moment of clarity amidst the insanity that we’ve all learned to think of as normal. The way he types the word “Ring” 60 times just so the reader will get the flavor of joy and annoyance that the door bell has for the children and the Dad. The way he invokes his less decor-oriented cousins who use an ice cooler for a bassinet. The way he doesn’t learn to install a car seat properly. But the real message is both more simple and more profound: it is how Clyde the Dad is fully present with his children, fully open to their hearts and minds, that makes this advice worth taking for parents young and old. 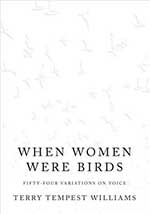 When Women Were Birds: Fifty-Four Variations on Voice by Terry Tempest Williams
Mormon women write journals. So when Terry’s Mormon mother, Diane, died when Terry was in her early thirties Terry opened her fifty-four journals, and discovered all fifty-four were blank. It seems that Diane left them for Terry to fill. This book takes us through the struggles and successes not of Diane’s life but of Terry’s. Terry’s voice gives meaning to the life of a modern woman whose identity is not centered in submission to traditional power: the right of choice in motherhood, the determination to influence politicians to preserve the wilderness, and the power of art to open and change minds. 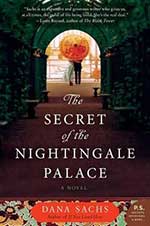 The Secret of the Nightingale Palace by Dana Sachs
At the request of her estranged eccentric grandmother Goldie, young widow Anna agrees to drive the old woman from New York City to San Francisco to return some valuable art to a Japanese family she was friends with years ago. During the cross-country trip in Goldie’s vintage Rolls Royce, the two begin to heal their relationship, but there are secrets yet to be revealed. The novel goes back and forth between the two women narrators, and back in time to Goldie’s early life in San Francisco. A beautifully written and wonderfully satisfying novel. 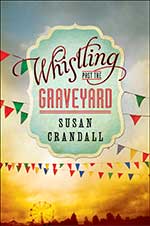 Whistling Past the Graveyard by Susan Crandall
I stayed up all night reading this stunning new novel, set in Mississippi in the summer of 1963. Starla Claudelle, a 9-year-old with a sassy mouth and a mind of her own, sets out to walk to Nashville to find her long-lost mother who left years ago to become a country music star. Starla accepts a ride from Eula, a black woman traveling alone with a white baby, and their incredible journey begins, in a volatile time and place. They endure hardship and violence, and ultimately learn the true meaning of family and love. Crandall’s novel evokes an important time in this country and emphasizes our continuing need to keep moving forward in our humanity. You will not forget these characters. 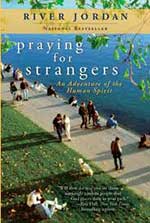 Praying for Strangers: An Adventure of the Human Spirit by River Jordan
After both of her sons were deployed to Iraq and Afghanistan, Jordan made a resolution to pray for one stranger every day for a year. Her encounters were random and “chosen” by an intuitive knowledge, and this resolution took her on an amazing and enlightening journey. The personal connections she made with these complete strangers were powerful and changed her life forever. Readers of this honest and uplifting book, no matter their personal beliefs, will be moved and inspired by the power and possibilities of the human spirit. A great book club selection. 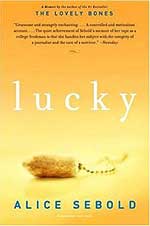 Lucky by Alice Sebold
Author of the The Lovely Bones, Alice Sebold accounts the true story of her rape as an 18-ear-old college freshman and the incredible aftermath as she deals with a family who thinks it was her fault, and friends who can’t understand her now that she’s “damaged.” Told with frank honesty, “lucky” is what New York police officers labeled Alice as a survivor of the brutal attack although as Sebold’s story unfolds, it becomes clear that she’ll never be “lucky” again. Sebold’s memoir gives you a clear view into the mind and psyche of a rape victim who confronts her tragedy with conviction, and whose life takes a sharp turn when she confronts her demons. 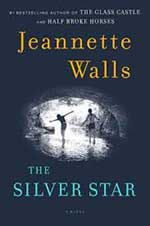 The Silver Star by Jeannette Walls
Liz and “Bean” Holladay are forced to leave their home in California when their hippie, house-trotting, free-loving mother leaves them for a month. They travel cross-country to the small Virginian town where their mother was raised and stay with their uncle, finding that even though it’s the 70s in California where integration has long been in effect, it’s not the case in Byler. Walls’s ability at telling stories of neglect and survival has triumphed once again in her latest novel. 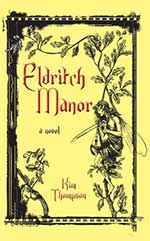 Eldritch Manor by Kim Thompson
Summer vacation starts off disappointingly for Willa Fuller when she is told she will not make her usual visit to her grandfather’s seaside cottage. Things go from bad to worse when she loses her job selling newspaper subscriptions and is hired as a housekeeper at Eldritch Manor, a retirement home full of cranky, eccentric residents. As Willa gets to know the residents, she finds they have retired from a variety of extremely unusual professions and wish only to have a quiet old age. When the landlady leaves on urgent business, Willa is left to run the house, maintain peace among the residents, fend off the forces of darkness, staunch the unraveling of time, and distract the nosy neighbors. This is a rollicking tale with a clever, independent, resourceful protagonist. A great, old fashioned summer read!

North Carolina’s Amazing Coast: Natural Wonders from Alligators to Zoeas by David Bryant, George D Davidson, Terri Kirby Hathaway, and Kathleen Angione
This delightful new volume joins our old stalwarts, Backyard Carolina by Andy Wood and Nature Guide to the Carolina Coast by Peter Meyer as a resource for the amateur naturalist. Published in cooperation with North Carolina Sea Grant, this book seeks to engage the youngest readers in the wonders of our coastal environment and answer such questions as “What species introduced for its fur is now more common as a varmint than a garment?” The content is arranged in alphabetical order, one creature per colorfully illustrated page. The short descriptions are just enough to whet the appetite for more in-depth research on the reader’s favorite plant or animal. The authors include a “Suggestions For Further Reading” to help with this. 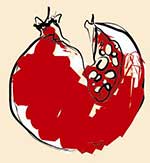 Pomegranate Books is an independent bookstore located in the historic Borkenhagen House in the Winter Park neighborhood of Wilmington, North Carolina, celebrating seven years of finding good homes for great books. We stock a carefully selected collection of literary and life enhancing titles for all ages and feature locally made cards and gift items.