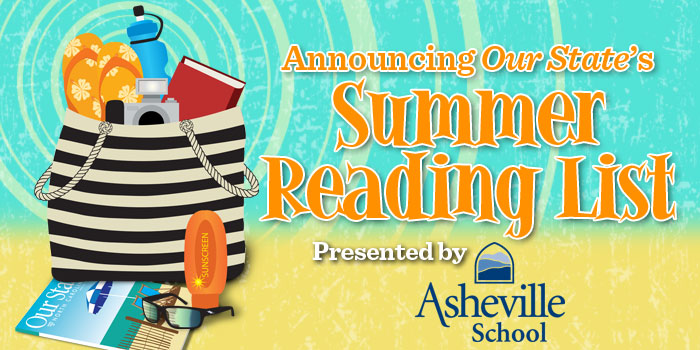 Summer is more than half over! The staff at Regulator Bookshop in Durham deliver our fifth reading list of the summer. Enjoy!

A Discovery of Witches by Deborah Harkness

Diana, a hereditary witch who’s always denied her heritage, discovers that relations between witches, vampires and humans are more complicated than she previously thought. Diana meets Mathew, a geneticist who’s also a vampire, when they’re both drawn to an ancient enchanted manuscript. A Discovery of Witches sweeps you up in Diana’s tumultuous relationship with Matthew. This engrossing fantasy will leave you in breathless anticipation of the sequel.

The Snowman by Jo Nesbo

Norway has never had a serial killer, until now. Detective Harry Hole, a classic, troubled anti-hero, is the man who must hunt this killer. Nesbo sets the tension high early as he turns a benign symbol of childhood fun, the snowman, into a menacing harbinger of evil. After this opening twist we are kept uncomfortable the rest of the way as we follow Harry down the nightmare path he must follow to find out who the snowman is. Fans of Mankell’s Kurt Wallender and Connelly’s Harry Bosch will enjoy getting to know this dark detective.

It’s difficult to tell this is a science fiction novel. But this very authentic, observant narrator details her childhood in a boarding school for special children who have been raised as a kind of social experiment in the British countryside. They collect clues, whisper in corners, have love interests and grow up-discovering the truth about themselves and about what it means to be human. The narrative follows three friends Kathy, Tommy, and Ruth through their boarding school upbringing-as we slowly discover the subtle, yet distinct difference between their world and ours.

Daughter of Smoke and Bone by Laini Taylor

Karou leads two lives. In one she is an art student in Prague. In the other, she is the errand runner/adopted daughter of Brimstone, a demon who trades wishes for teeth. But when angels attack and burn the portal that connects Karou to Brimstone, she is set on a path that will change everything she’s ever known. I LOVED this book! Sooo amazing! (except now I’m scared of teeth.)

When You Reach Me by Rebecca Stead

In this book, a sixth grader, Miranda believes she knows everything about how to live, until mysterious things start happening. Her best friend Sal, stops talking to her, her apartment key disappears, and an anonymous note arrives for her. Throughout the book more letters arrive, and it seems that whoever is sending the letters, knows of events that haven’t happened yet. The letters leave her to believe that she can prevent a murder, if only she knew how. I highly recommend this original, witty book.

Comedian and actor Patton Oswalt’s first collection of rants, essays, short stories, wine labels, and even a comic exhibit his trademark dark vulgar humor with the literary tambour that he has become known for in his stand-up performances! To quote a wine label: “Heathaze” Pinot Grigio, $10. “Asphalt, licorice, and tobacco over a confused bed of summer squash. A mouse died in one of the barrels. Is that where your glass came from?” Truly a diamond in a ‘Jeff Foxworthy’ rough!

The Future of Us by Jay Asher and Carolyn Mackler

High school students Emma and Josh log onto Facebook after school, but the year in 1996, most teens aren’t on the Internet and Facebook doesn’t even exist yet! The pair realizes they’re getting a glimpse 15 years into the future. Emma tries hard to disrupt her future life, while Josh wants to preserve his. Their minor actions in the present ripple out to affect their future Facebook profiles. This is a fast-paced book with a fun look back at life before Facebook.

The Regulator Bookshop is located just two blocks from Duke University, serving a metropolitan area that is off the charts in PhD’s per capita. Over the last few years, we have had great success with appearances by writers of literary fiction, quality mysteries, and African-American authors. Not surprisingly, we have a great audience for a wide range of nonfiction writers as well, bringing in crowds in the hundreds. Science gets our serious attention too – we’ve had large events for Brian Greene, Oliver Sacks, and James Gleick. No do very well by the area’s local authors too, including, Reynolds Price, Charles Frazier, Lee Smith, Clyde Edgerton, Allan Gurganus, Kaye Gibbons, and Margaret Maron.

The Regulator has a wonderful in-store space for events. We can open up the entire lower floor of our 8,000 square foot store, making a private space that can seat over 100 people, with standing room for that many again. We’ve had great success taking larger events offsite, and have access to halls that seat 400, 600, and event 1,500 people. We have also done well holding events on the Duke University campus, partnering with Duke departments and student organizations.

We enjoy our work and after 35 years we feel we’ve gotten pretty darned good at it.

Click here to read a recent Our State story about The Regulator Bookshop.

Our State‘s summer reading list is proudly presented by Asheville School. Since its founding more than a century ago, Asheville School has been preparing high school students with an education for a lifetime. An academic experience for students in grades 9 through 12 focuses on a traditional core curriculum, and challenges young men and women, while giving them the foundation to become better thinkers and communicators. As one of the nation’s leading co-ed college preparatory boarding schools, Asheville School teaches students respect and responsibility to others and one’s self. The 275 students represent 24 states and 13 countries, and learn in a nurturing, close-knit community set on a campus of 300 acres in the Blue Ridge Mountains of Asheville, N.C. Recent graduates are attending Harvard, Stanford, Columbia, University of Pennsylvania, Cornell, Caltech, UNC-Chapel Hill, Davidson, Duke, University of Virginia, Furman, Emory, NC State, and Wake Forest, among others. For more information, visit ashevilleschool.org, call (828) 254-6345, or email admission@ashevilleschool.org.

Simply enter your email to subscribe to any of Our State‘s email newsletters, including our Summer Reading Lists. If you already receive emails from Our State, upon entering your email address below, you will receive a secure message allowing you edit your profile and change or add newsletters you’d like to receive.