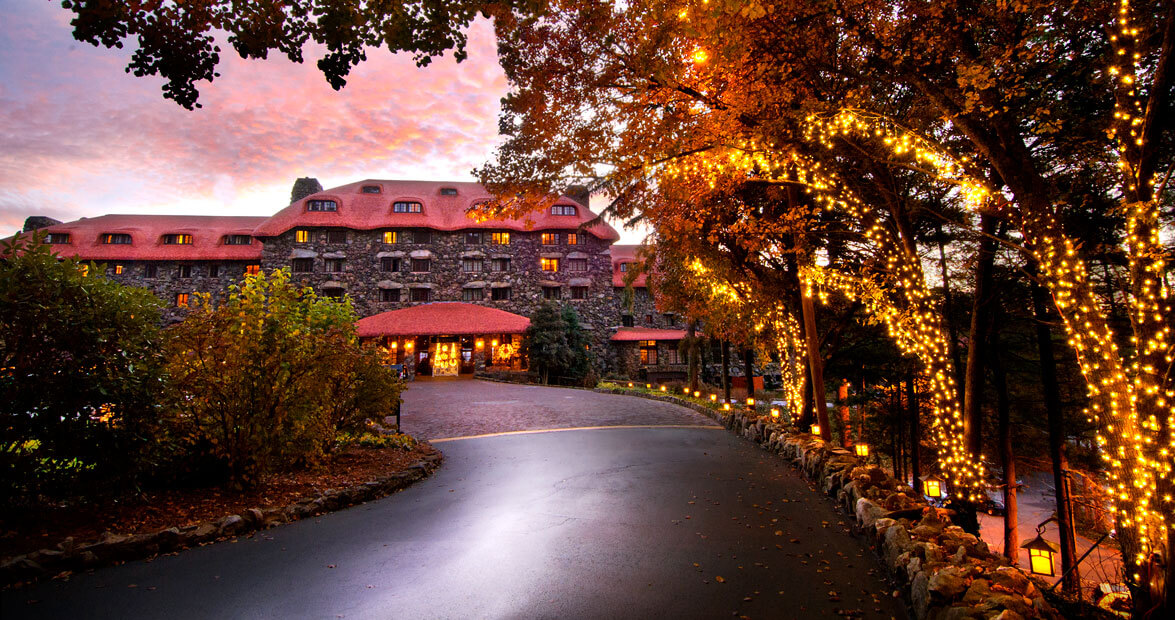 Bruce Johnson vividly remembers driving up the curving road of Macon Avenue in 1987, soon after he moved to Asheville, and seeing the iconic red-orange roof tiles and stone architecture of the Grove Park Inn unfold before him for the first time. The view was breathtaking. Johnson knew the general history of the Inn — that it was built in 1913 by Edwin W. Grove, a man who made millions by developing a flavorless tonic to cure malaria, and it boasted the largest public Arts and Crafts collection in the country — but seeing it in person was a different matter. Johnson was immediately taken with the inn, and, as a collector of Arts and Crafts-style furniture and pottery, he decided to organize an educational Arts and Crafts conference for craftspeople and collectors during February of 1988.

At the time, it was a general practice for the inn to remain closed during January and February, but the hotel opened for Johnson’s conference — and that first year brought 300 attendees and 30 antiques dealers. “Everyone seemed interested in coming back,” Johnson says. Today, 3,000 people and 110 exhibitors have already signed up to attend the conference in February for its 33rd year. “It has become the national conference for anybody from the beginning collector to the most advanced collector,” Johnson says. “People come from all over the state, England, Canada, Puerto Rico, and Mexico.”

The Arts and Crafts Style at the Grove Park Inn

Hosting the conference at the Grove Park Inn was a natural decision. When Fred Seely, Grove’s son-in-law, designed the inn in the early 20th century, Arts and Crafts — not the kind you did in elementary school art class — was a style that had grown in popularity as a response to the industrial revolution. There was a call for a return to handcraftsmanship after hearing about the horrible working conditions in factories across the United States and England, Johnson says. And so, handcrafted furniture, pottery, and art made with native materials like oak and clay, and natural colors like forest green and sky blue, became the foundation for the movement’s aesthetic.

With a vision for the Grove Park Inn to embody Arts and Crafts’ beautiful yet straightforward design, Seely approached the Roycroft Shops in East Aurora, New York, to furnish the inn’s dining room and create all the light fixtures. The shop, which was composed of crafters and artists who jumpstarted the arts and crafts movement, made more than 600 copper light fixtures and more than 400 oak chairs, along with various other pieces. Most of them are no longer used, but many original Roycroft pieces are tastefully displayed throughout the Grove Park Inn. A large Roycroft clock greets guests in the Great Hall as they enter the inn, and a pitcher of citrus water awaits guests on top of a solid oak Roycroft buffet. The key-shaped Roycroft crest on the side of both pieces gives them away. 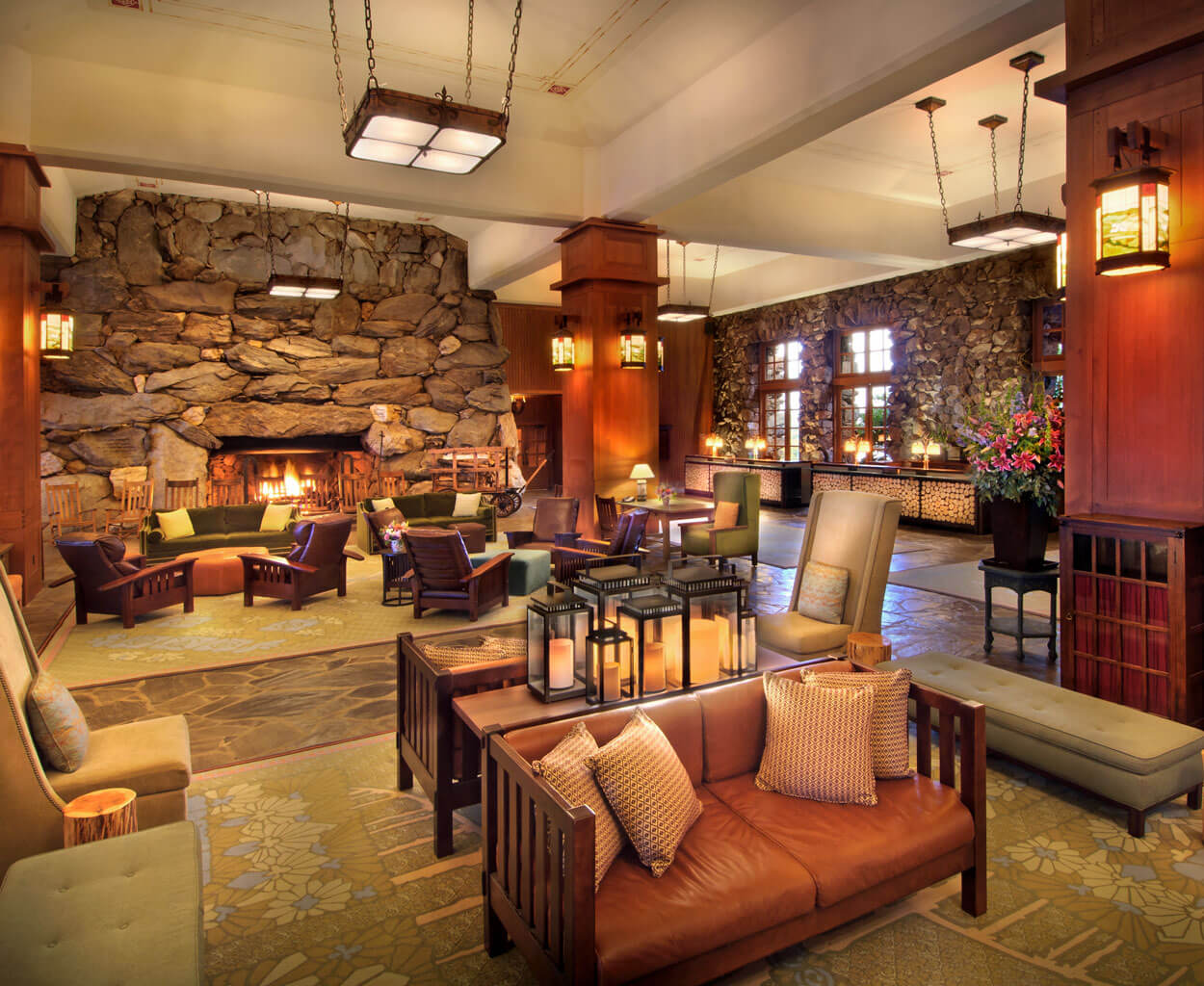 Practical furniture, like the pieces the Roycrofts built, and the granite used throughout the hotel have become synonymous with the Grove Park Inn. “When people talk about the Inn, there is a definitive idea that pops in their head,” says Tracey Johnston-Crum, director of public relations and community outreach for Grove Park. “There’s a level of warmth here that I’m not able to articulate — it’s that feeling that cannot be named.”

In addition to the Grove Park Inn’s rich history and distinct style, the modest nature and affordability of the Arts and Crafts — also known as Mission — style is equally responsible for continually bringing repeat and new attendees to the conference in February, Johnson says. Arts and Crafts is all about accessibility, both functionally and financially. “It’s not art just for the wealthy,” Johnson says. “The idea was to take an everyday object, decorate it so it’s beautiful, but make it inexpensive so that it could be affordable by someone in the middle class.” The structure of the conference complements that accessibility.

On the first day of the conference, historic walking tours of the inn are designed for newcomers to get their bearings and see how the Arts and Crafts style is exemplified throughout the hotel. Johnson recommends spending some time in the Palm Court — his favorite place in the hotel. The journey to what he calls the “secret lobby” is especially delightful. Guests can take one of the original 1913 elevators, tucked behind each of the Great Hall’s 14-foot stone fireplaces, up to the third floor of “the Court.” Seely intentionally designed the elevators to operate behind the fireplaces so that their noise wouldn’t bother guests. Once at the Court, guests can enjoy the calm, peaceful setting of the room, which still looks like it did when Seely ran the inn during the early years. 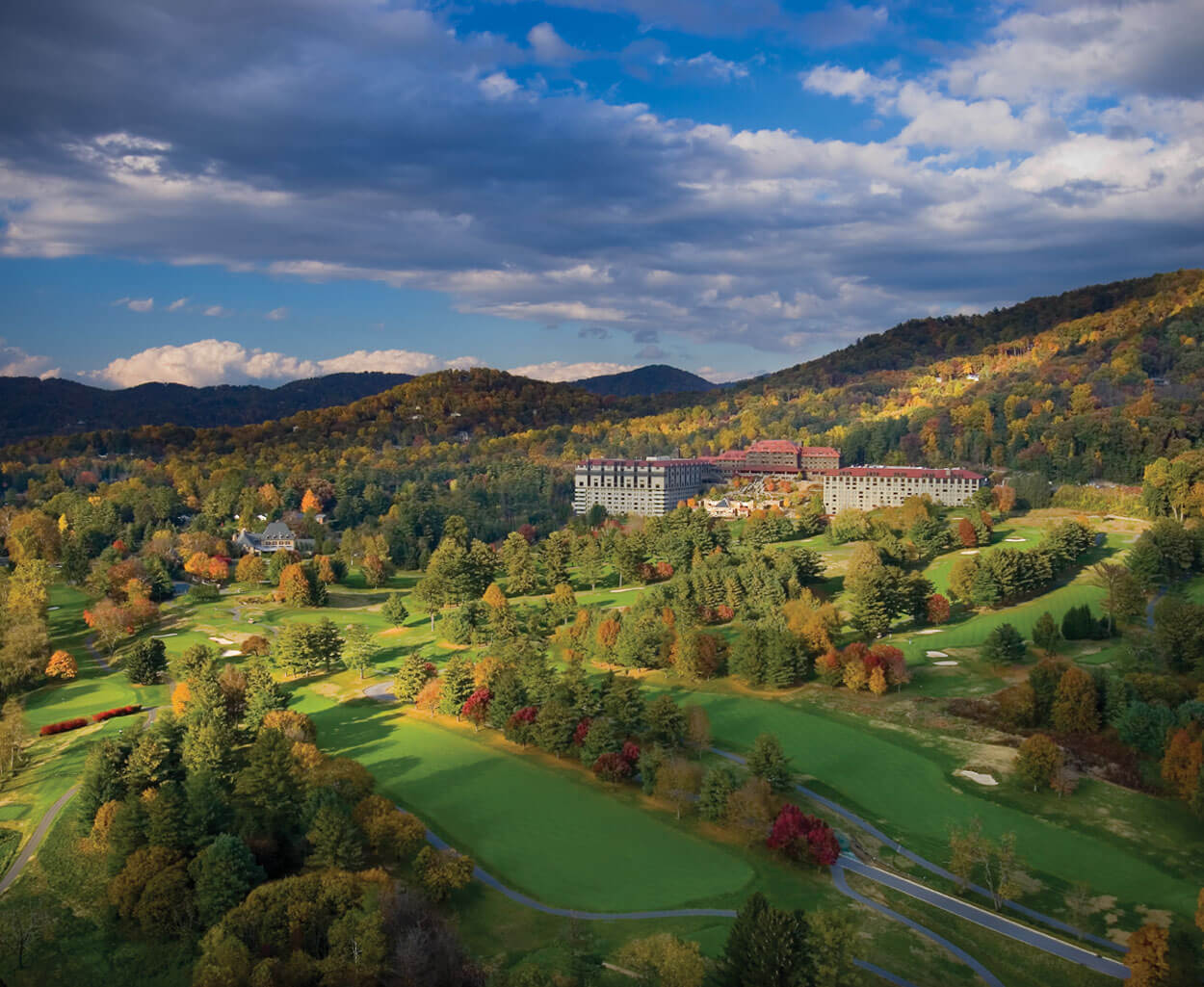 The Grove Park Inn’s well-crafted interior — and exterior — made it the natural choice to host the National Arts & Crafts Conference. photograph by The Omni Grove Park Inn

Another element of the conference is small group discussions with the purpose of educating attendees. “It’s a perfect opportunity to sit and listen, and then if you have a question, you’re asking it just in front of five or 10 or 15 people,” Johnson says. The educational aspect of the conference is a point of pride for Johnson. “We educate [new] collectors so that when they do go into the show in the afternoon, they are smarter than they were the day before,” he says. After learning more about the style, attendees can buy items at a variety of price ranges, from a large piece of furniture to an elegant vase.

There are also a variety of other activities for conference-goers to enjoy, including workshops, silent auctions, a cocktail reception, and multiple Arts and Crafts demonstrations. And like the items they collect, Arts and Crafts connoisseurs are warm and welcoming. “There’s something very humbling about Arts and Crafts collectors,” Johnson says. “We love having new people come in and get excited.”

While much has changed since Johnson drove up Macon Avenue nearly 33 years ago, he still gets choked up when he sees the inn’s iconic roof coming into view. “It’s such a magnificent building,” he says. “That alone is worth the trip any time of year, but it’s such a wonderful backdrop for bringing in all this wonderful furniture and pottery and jewelry and books.”