The Biltmore Estate
Certainly North Carolina’s most famous home, the mountain estate built by George Vanderbilt in 1895 has captured our imagination for more than a century.

Smith-McDowell House Museum
Asheville’s first mansion, built circa 1840, is one of the city’s oldest surviving structures and was once home to mayors, friends of the Vanderbilts, and a Confederate major.

Thomas Wolfe Memorial
Visit the historic boardinghouse and childhood home of author Thomas Wolfe. Roam the halls of “Dixieland,” as Wolfe referred to it in his novel Look Homeward, Angel.

Banner House Museum
Samuel and Jane Banner, part of one of Banner Elk’s founding families, lived here. The house contains period heirlooms donated and loaned by area residents to highlight life in the mountains during the 1800s.

Allison-Deaver House
The oldest standing frame house in western North Carolina, built in 1815, is open to visitors May through October, and tours may be scheduled by appointment.

John Wesley McElroy House
This house was headquarters for the Western North Carolina Home Guard during the Civil War.

Historic Rosedale Plantation
See what life was like on an antebellum plantation by exploring this 15-room home, built in 1815.

Somerset Place
Somerset was an active plantation for 80 years, and today offers a look at nine historic buildings. 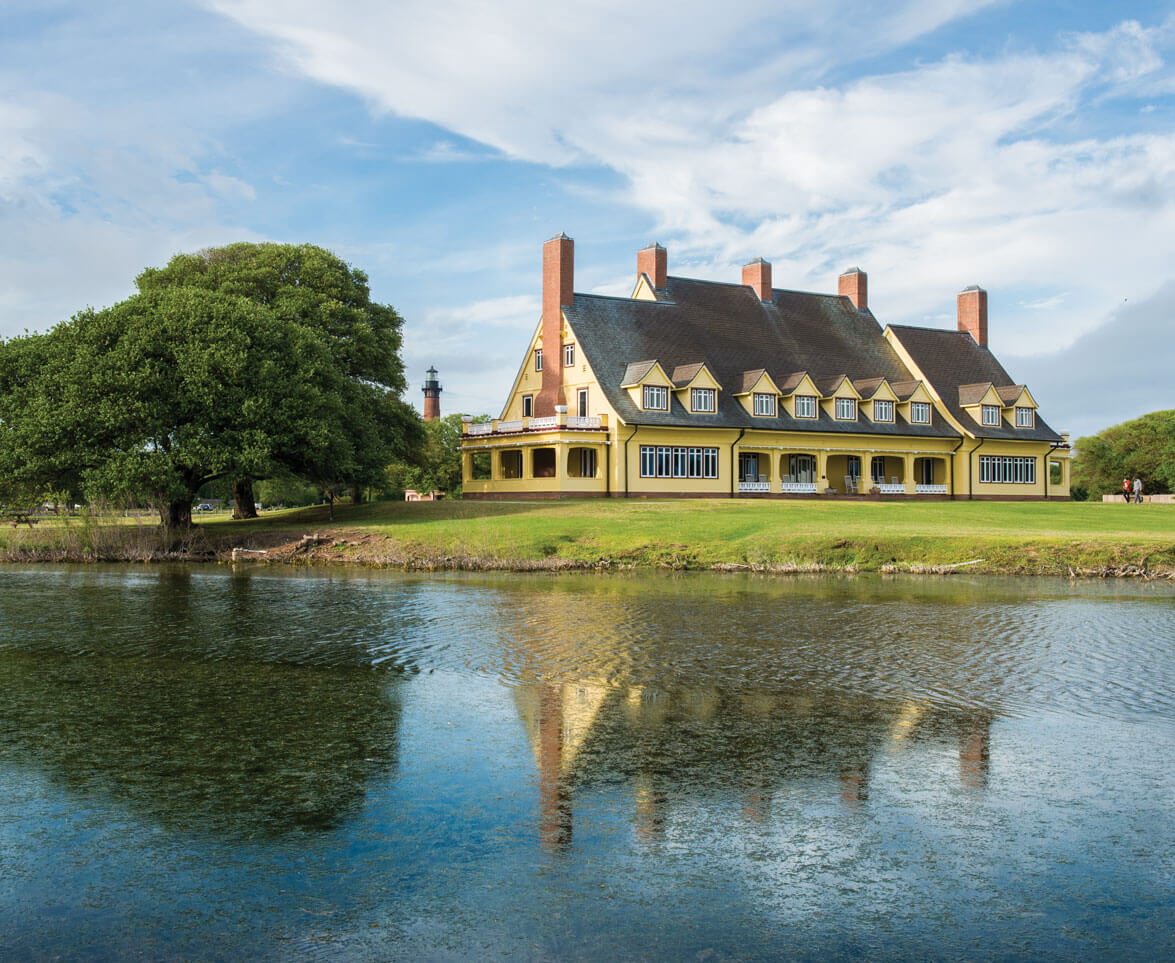 The Whalehead Club in Corolla has been carefully restored to the way it looked when it first opened in 1925. photograph by Emily Chaplin

Duke Homestead
Learn about the beginnings of the Duke family’s tobacco manufacturing business after the Civil War.

Stagville State Historic Site
Explore the remnants of one of the state’s largest plantation complexes.

The Cupola House
This house was built in 1758 by the land agent for one of King Charles II’s Lords Proprietors.

1897 Poe House
Visit the home of Edgar Allan Poe, who, despite sharing a name with the famous poet, was a local businessman.

Blandwood Mansion
Blandwood, built in 1795, was once the home of Gov. John Motley Morehead.

The Harper House
The Harpers were the last of seven families to live in this Victorian home, built in 1887.

Ayr Mount
This Federal-era plantation was built in 1815 by William Kirkland and named to honor his birthplace in Ayr, Scotland.

Latta Plantation
Watch reenactments and get a taste of what life on a cotton plantation was like in the 19th century.

Tryon Palace
North Carolina’s first permanent state capitol was built in the 1760s for Gov. William Tryon. It later burned down and was rebuilt; today, you can tour the re-created palace and gardens. 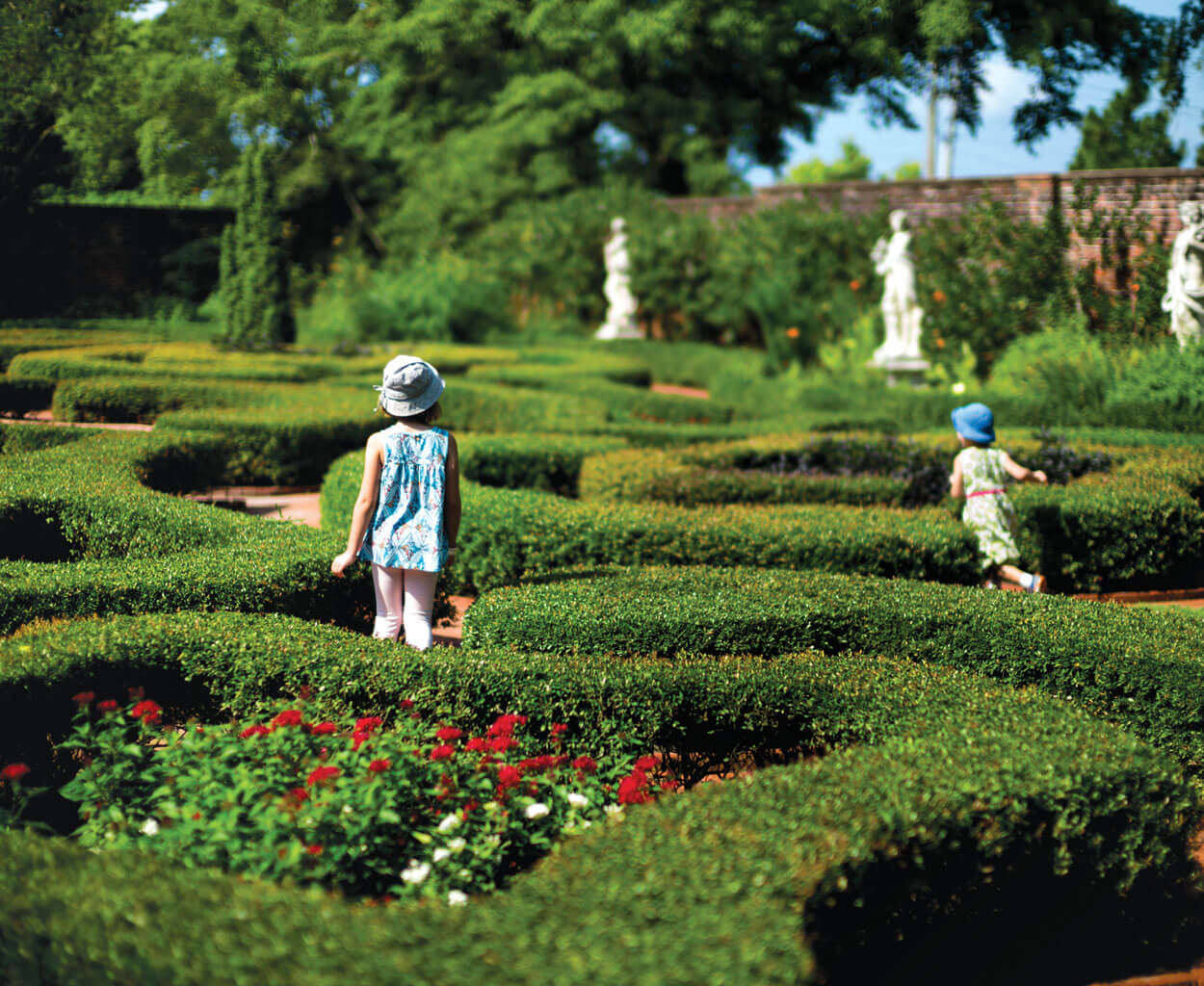 The gardens at Tryon Palace in New Bern, designed by landscape architect Morley Jeffers Williams in the 1950s, represent the formal garden style of 18th-century Britain. photograph by Charles Harris

Joel Lane House
This 18th-century manor was once called “The Best House for 100 Miles.”

Pope House
Built in 1901 by Dr. M.T. Pope, the Pope House is the last surviving building from the once-thriving “Third Ward” neighborhood. See a rare early example of an African-American residence, built with stylish workmanship.

The Vance House Museum
This house served as headquarters for Gov. Zebulon Vance during his exile from the state capitol during the last months of the Civil War.

Shelton House
Tour a Charleston-style farmhouse, built in 1875, and an early 20th-century Pennsylvania Dutch dairy barn. The property is open May through October.

The Bellamy Mansion
Built in the 1860s for physician and planter John Dillard Bellamy and his family, this 10,000-square-foot mansion is one of the state’s best examples of antebellum architecture.

Burgwin-Wright House
Built in 1771 for merchant, planter, and government official John Burgwin, this house is the only colonial-era structure in Wilmington open to the public. Take a tour to see the Georgian architecture and lovely gardens.

Latimer House
Walk through 14 rooms and see more than 600 objects that exemplify upper-class life during the Victorian period.

Reynolda House
R.J. Reynolds and his wife, Katharine, built Reynolda in 1917, and it was home to two generations before it was transformed into an art museum. Today, 28 original buildings remain, along with formal gardens and a lake.