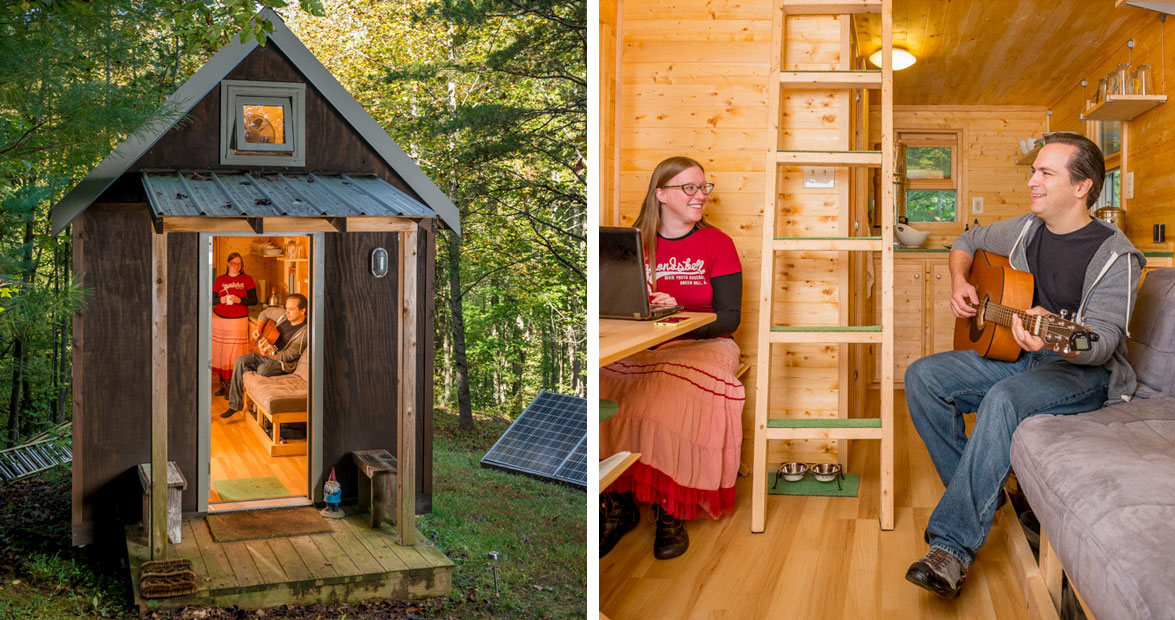 EDITOR’S NOTE: This story was originally published in December 2014.

Laura LaVoie and her partner, Matt, were living in a 2,700-square-foot house in Atlanta, complete with a movie theater, a library, and a bedroom exclusively for their cat, when they decided they needed a change. LaVoie was tired of working in an office nine hours a day to afford their mortgage, tired of the long commute, tired of arriving home at night with only enough energy to watch television. “We needed something different,” she says. “The idea of doing something to allow us to completely change our lifestyles was really important.”

So they decided to build a house. And they decided to make it small: At 120 square feet, their new home in the mountains north of Asheville is less than 5 percent the size of their previous abode. “We specifically decided to be as simple as possible, to prove to ourselves we could do it,” LaVoie says.

In the past few years, the tiny-house phenomenon has taken hold among people looking to fashion their homes out of only the most essential things. These houses generally run 400 square feet or smaller.

“North Carolina seems to be a hotbed of activity for tiny houses,” says Charlotte tiny-house dweller Ryan Mitchell, who organizes the nationwide Tiny House Conference. Dozens of North Carolinians live in tiny houses, especially in Asheville and Carrboro, and many, like Mitchell, have become vocal advocates for the movement, too.

Father and son Gerry and Teal Brown of Asheville were impressed with the simplicity and self-reliance these small dwellings stand for. Last year, they founded Wishbone Tiny Homes, specializing in portable, Craftsman-style homes ranging from 150 to 250 square feet. Their designs are dictated by people’s lifestyles and most valued possessions: For one client, the Browns incorporated an upright piano.

“You learn a lot about people really quickly,” Teal says. “It’s a lot of fun.” 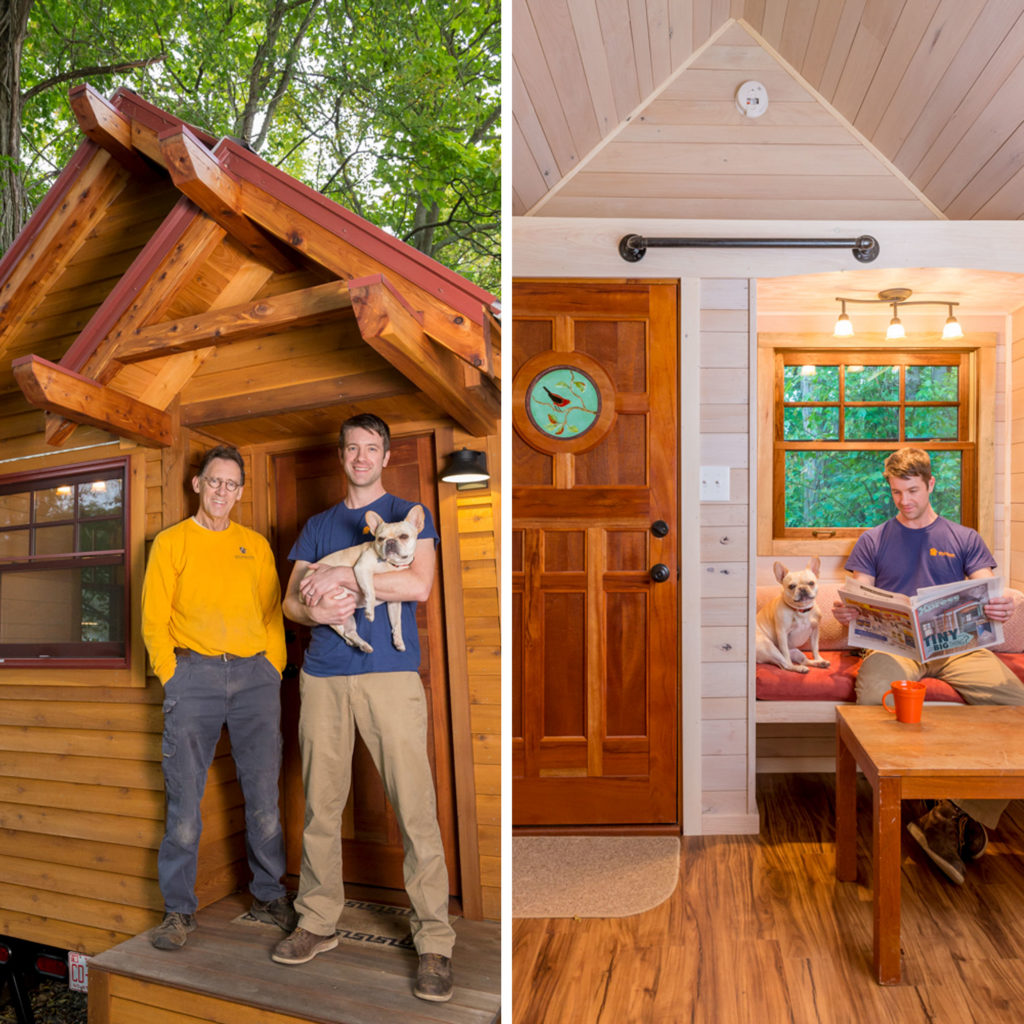 Father and son Gerry and Teal Brown of Asheville create tiny homes around people’s lifestyles and most valued possessions. photograph by Emily Chaplin

Living tiny, LaVoie was able to pay down her debt and become a freelance writer. She gets outside, into her yard and into her community, more than ever. “My life now is so much richer, and so much more involved and connected,” she says. “This is the life I was missing. This is the life I always wanted.”