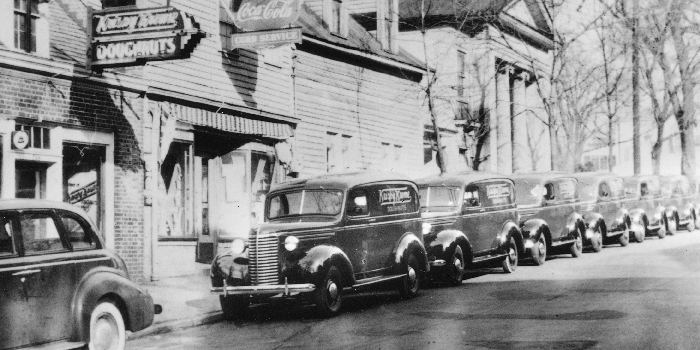 This may come as a surprise, but North Carolina doesn’t have an official state dessert. We should change that.

For the honor, I nominate the doughnut.

In 1937, the first batch of Krispy Kreme doughnuts was made in Winston-Salem. A man named Vernon Rudolph, age 22, made them from a recipe his family purchased from a French chef in New Orleans. He paid $25 a month in rent for a space on south Main Street and bought his first ingredients on credit from a nearby grocer.

Rudolph initially sold his doughnuts wholesale for 20 cents a dozen and used his own car to deliver them. As demand for his doughnuts grew, he cut a hole into the building’s exterior and sold the confections to walk-up customers for five cents each or 25 cents a dozen.

These original doughnuts were hand cut, fried, turned with drumsticks, and dropped in a washtub of glaze. The time-consuming process limited the number that could be produced and profits, so Rudolph implemented new technologies, including a square, iron kettle called “The Frialator” in 1938, which could fry 48 doughnuts at a time. Other advancements included a foot-operated turner, a mechanical glazer, and a proof box in 1939; the automatic doughnut cutter in 1959; and the extruder in 1962. By 1964, he achieved his dream: a fully automated doughnut production process. 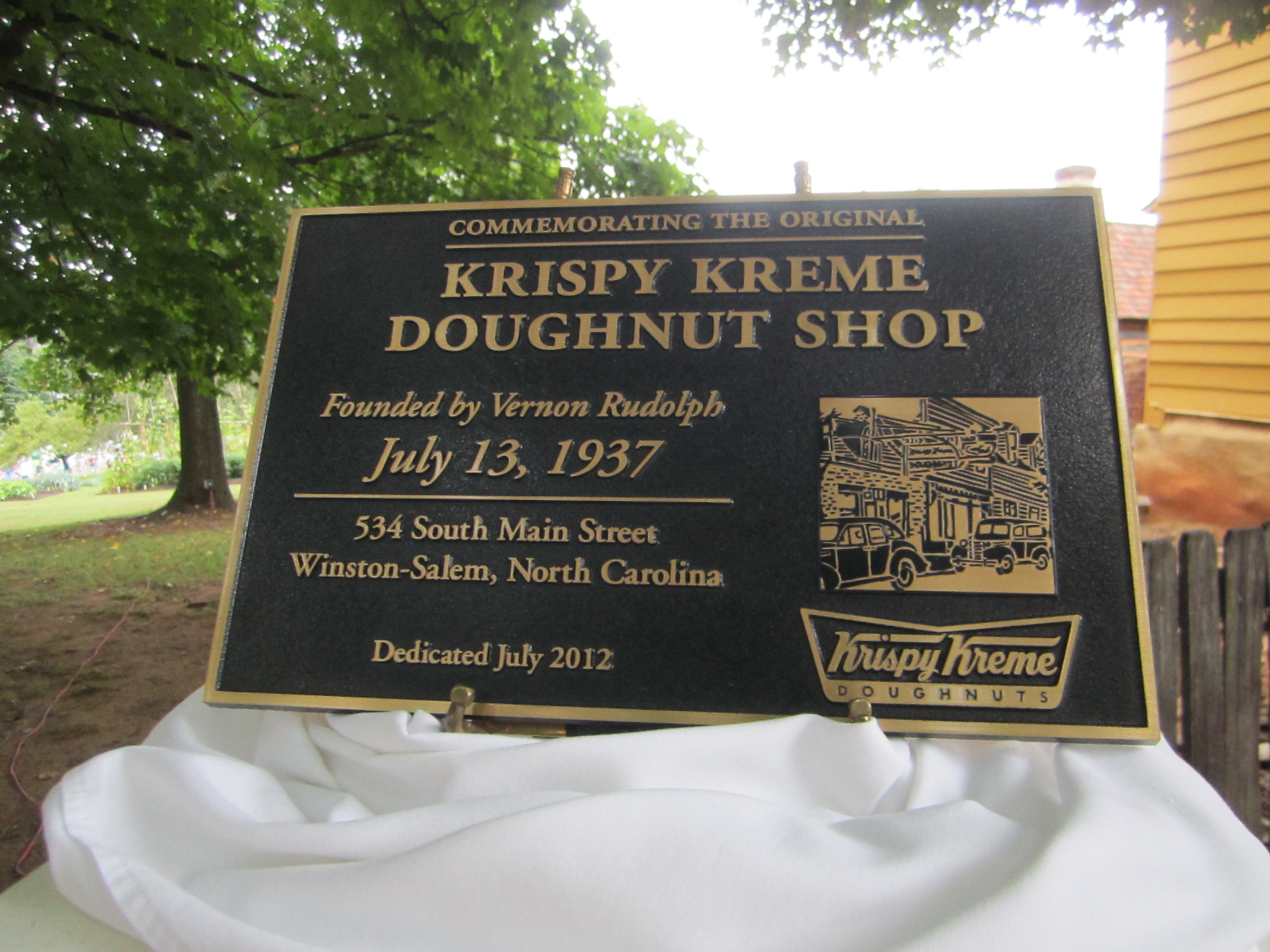 This plaque marks the original Krispy Kreme store in Winston-Salem.

2012 marked the 75th anniversary of Krispy Kreme. The company commemorated the event with a public celebration in Old Salem and the dedication of a historic plaque at the original store.

Now consider another company, Do-Nut Dinette, which grew out of Charlotte in the ’40s and ’50s. You could find its stores in several North Carolina cities, including Charlotte, Gastonia, Durham, Statesville, Rockingham, Burlington, and Lexington.

Do-Nut Dinette stores boasted a distinctive, modern design with curved edges. A doughnut above the door advertised the company’s signature offering. Large glass windows covered the front of the building; an inside counter lined with stools ran the length of the shop; and stainless steel panels covered the walls inside.

See a photograph from Open Durham of the Durham Do-Nut Dinette at located at 1006 West Main Street. Despite a number of adoring fans, all of the Do-Nut Dinette shops are now closed.

Lastly, let’s not forget the many locally owned and operated doughnut shops scattered across North Carolina. Britt’s Donuts in Carolina Beach is a landmark. Donut World has locations in the Triad. Granny’s Donuts in Aberdeen is a local favorite. There’s a number of others I’m leaving off, but you get the point: We love our doughnuts.

North Carolina: the doughnut state. It has a nice ring to it, don’t you think?