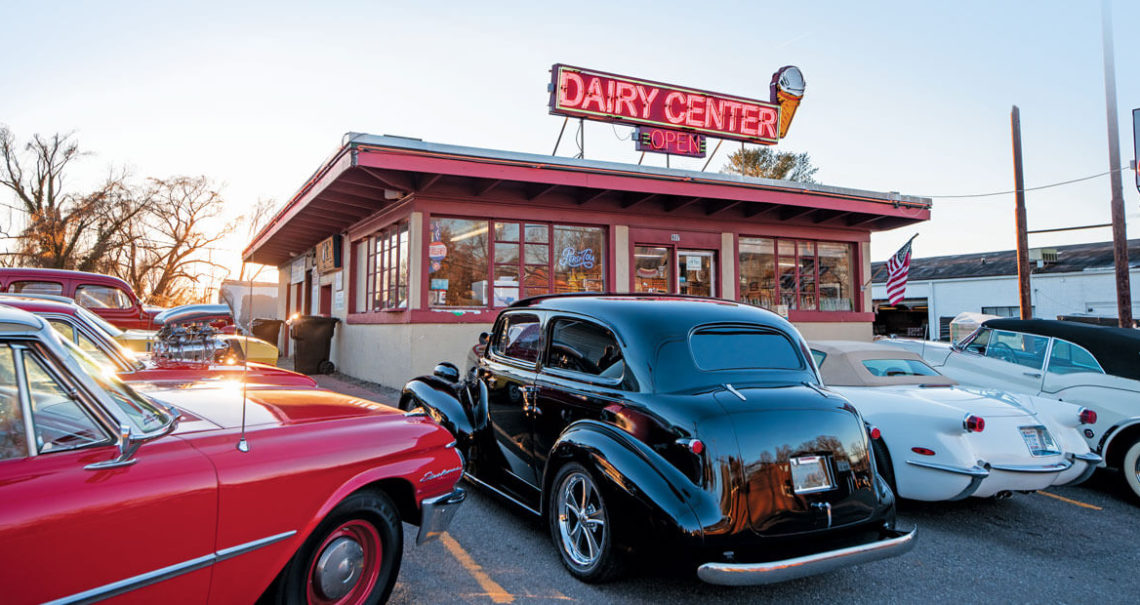 This scenic foothills town on U.S. Highway 52 has a downtown so charming you could say it’s straight out of central casting. (Mayberry fans certainly would.) There are at least half a dozen B&Bs and small inns to choose from in the area, but Heart & Soul Bed and Breakfast is right on Main Street. The gracious century-old home has five guest rooms, each decorated differently: One is inspired by a luxury Pullman sleeping car; another features the colors of the Crystal Coast. Breakfast is a highlight.

From here, stroll down Main Street, past historic homes, until you come to Page’s Books and Coffee, an independent bookshop that hosts readings by North Carolina authors. Browse and sip before setting off to see the sights.

For dinner, pop into the family-owned Thai Café, a downtown mainstay for 13 years serving sesame chicken, golden noodles, pad Thai, and many vegetarian dishes. The Thai Tea takes sweet tea up a notch with whipped cream.

Snappy Lunch, the only local joint mentioned by name on The Andy Griffith Show, has been around for nearly 100 years, and one menu item probably deserves most of the credit: the pork chop sandwich. Try it with chili, slaw, mustard, onion, and many, many napkins.

You’ll have a chance to separate fact from TV fiction at the Mount Airy Museum of Regional History on Main Street. Each of the museum’s four floors showcases a different aspect of Surry County history, including early settlers, old-time music, and granite mining.

See the area’s notable music heritage in action at the historic Earle Theatre. This beautiful 1938 theater shows movies five days a week and hosts musical performances and drop-in jam sessions. The Old-Time Music Heritage Hall is open for self-guided tours between 1:30 and 3:30 p.m.

Surry County is home to 13 wineries and a wine trail. But you don’t need to drive out to Ben Webb’s vineyard to get a taste of Old North State Winery. The winery’s farm-to-table restaurant and tasting room on Main Street serve wines made from Webb’s Cabernet Franc, Chamoucin, Riesling, and muscadine grapes.

To prepare for a day of outdoor adventure, fuel up at Dairy Center, a vintage joint with fewer than 30 seats. (Pro tip: Get there early.) Open since 1954, the restaurant was called Chicken in the Rough before it briefly transformed into Dairy Queen. Now, it’s simply Dairy Center — still a classic diner with a menu to match: chopped-steak sandwiches, burgers, hot dogs, and homemade ice cream. Locals know to stop in for a hearty breakfast, too.

Hop back on U.S. Highway 52 for the 20-minute drive to Pilot Mountain State Park, where you can pick from 13 trails of varying difficulty, or call ahead to reserve a guided hike with a ranger. The popular Jomeokee Hike, named for the mountain’s original Native American moniker, is about a mile long and takes you around the base of Big Pinnacle. Spring hours at the park are 8 a.m. to 8 p.m.

A wood-fired pizza at Thirsty Souls Community Brewing is a perfect post-hike lunch. Housed in a former funeral parlor, the brewery makes small-batch, European-style beers to accompany their creative pizzas.