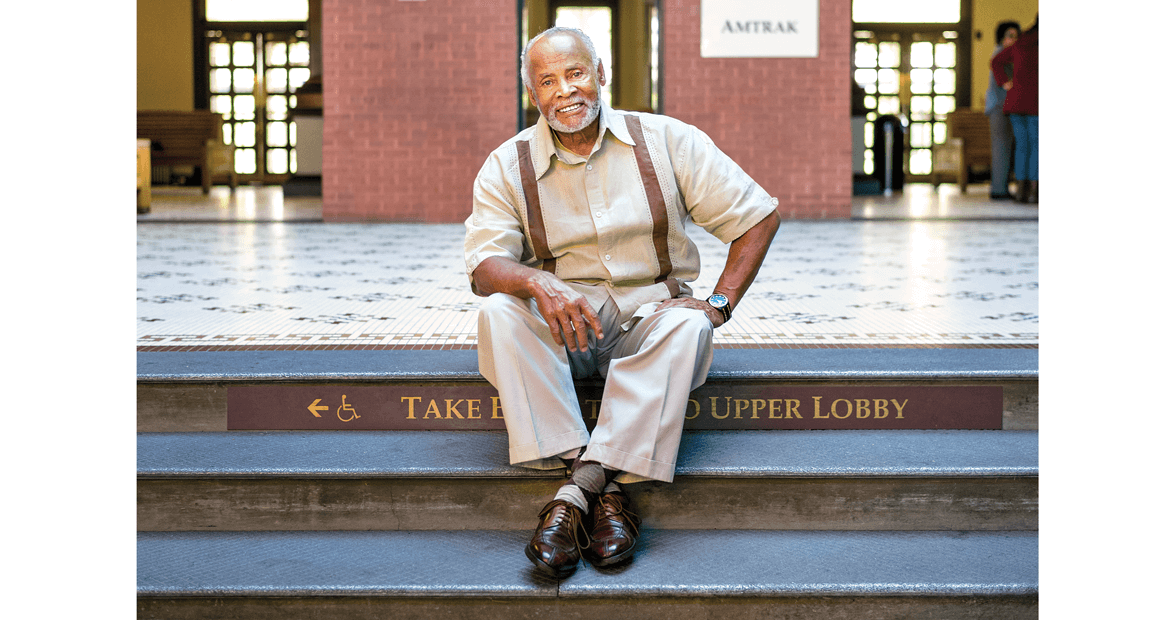 Milton Bullock stands in the lobby of the old train station in downtown Rocky Mount, looking dapper in a black fedora. You’ll find the 79-year-old Princeville native here every other Wednesday, singing a string of silky-smooth hits made famous by the 1950s vocal group The Platters, which Bullock was a member of during the 1960s and early 1970s.

If there’s one thing that Bullock loves as much as music, it’s the rhythm of the rails, he says. Which makes his most recent venture — working as a train host on North Carolina Amtrak’s Piedmont line — a dream come true. Unlike most other train hosts, though, Bullock will be singing. “The chief conductor says to me, ‘Milton, you know we got a microphone,’” Bullock recalls. “And soon enough, there he comes, saying, ‘Ladies and gentlemen, we have The Golden Platter here as your train host.’ Then he turns to me and says, ‘Hit it, man.’”