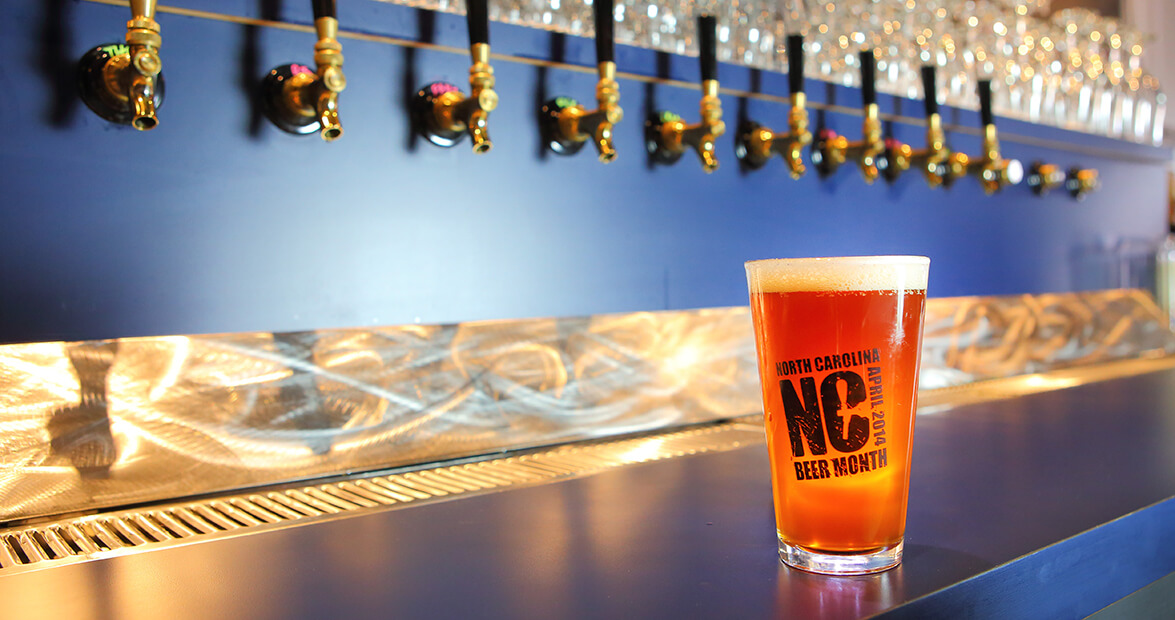 Editor’s note: This story was published in April 2014 and has been updated for NC Beer Month 2016 to reflect any new developments.

It feels like North Carolina Beer Month has been around forever, but the April celebration of craft beer in the Old North State kicked off in 2013.

The inaugural run resulted in over 80 craft beer-centric events, and this year’s beer month promises to be even bigger. Beer dinners. Brewery collaborations. Craft beer festivals. Brewery tours. The list goes on. Whether you’re a self-proclaimed beer geek or a die-hard light lager drinker, April is a great time to delve into the state’s burgeoning craft beer scene.

Not only do I own a brewery, I was also on the steering committee for the launch of NC Beer Month. In this age where everything is a celebration on the calendar, some of you might be skeptical about the need for a month dedicated to North Carolina beer. After all, April is also National Poetry Month, National Pecan Month, International Guitar Month, Lawn and Garden Month, and Records and Information Management Month.

So what makes our North Carolina Beer Month special?

First and foremost, beer is the most versatile beverage in the world. We can celebrate the conclusion of riveting records and information management seminars with a cold beer; toast to pecans by brewing beer with them; and bring our international guitars to a local brewery’s open mic night.

And for your lawn and garden celebrations? Well that just might be the best reasons to celebrate beer this month.

Kidding aside, I believe there are six truly beneficial reasons to support this month-long celebration. Grab a local beer and see if you agree.

Sounds simple, right? Every month – yes, even Records and Information Management Month – intends to raise awareness about its current state of affairs. N.C. Beer Month is no different. I don’t have to travel far to meet people who have no idea that our state has so many local breweries.

And few people know we have over 100 breweries, or that Sierra Nevada, New Belgium, and Oskar Blues (three of the largest craft breweries in the United States) have established their second brewing operations in our great state. 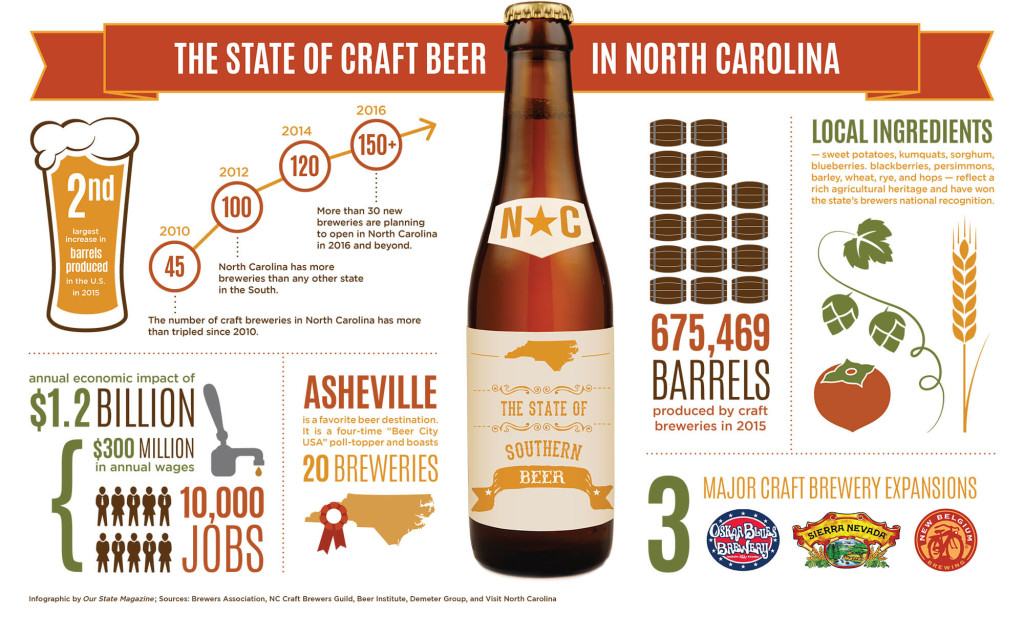 North Carolina Beer Month is a great way to highlight our successes and bring new people into the fold. I’ve always believed that the best way to interested people in craft beer is to make it fun. A month full of beer dinners, tastings, and events is a very effective way to get the word out.

2. It’s good for our fledgling industry to rally around a common cause.

True, the craft beer movement is on fire. But many brewery owners and brewers are heads down, stressed out, and dealing with the challenges of running a high-growth, complex operation. This is a tough, competitive business full of pitfalls, changing consumer tastes and expectations, long hours, and physical work.

North Carolina Beer Month allows those of us in the industry to rally together, celebrate our craft, and feel a little pride in the process. Simply put, it’s good for morale. 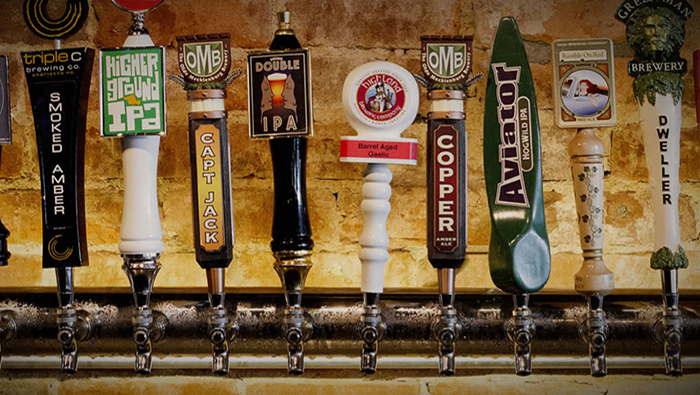 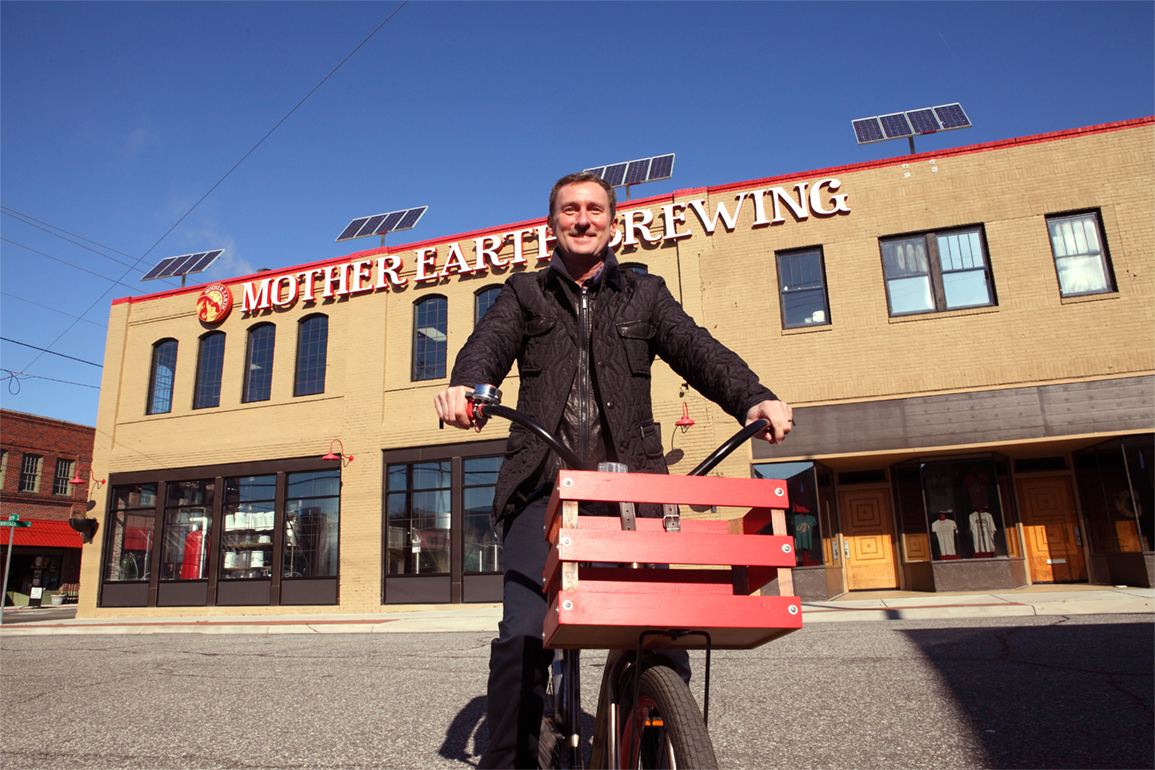 And we’re not alone in this collaborative mindset. Heinzelmännchen Brewery in Sylva teamed with four area breweries to create a special red rye ale, too. Heinzelmännchen, Nantahala Brewing in Bryson City, and the three Waynesville breweries (Bearwaters, Tipping Point, and Frog Level) all worked together to make a delicious beer. North Carolina Beer Month brought them together.

And this is just the breweries collaborating. Both this year and last, restaurants and retailers are working with North Carolina breweries and breweries outside of the state to craft fun, memorable events in the month of April. This brings me to the next point:

4. It benefits you, the consumer.

All this creativity, collaboration, and healthy competition is great for you, the consumer. If you love local beer, April is the coolest month (apologies to T.S. Eliot). If you’re not a craft beer enthusiast yet then why are you still reading? Bookmark this page, go grab a craft beer brewed in North Carolina, and finish reading my musings later. And if you can’t fall in love with local beer during the month of April, you’re probably just not that into beer. And that’s perfectly okay. I’ve heard about such people.

In all seriousness, as a rule, I do believe that people who say they don’t like beer simply haven’t discovered the beer that’s meant for them. April is a great month to discover that beer. Find out if you love (or hate) hops. If you love red wine, try a sour beer. Fancy the brown water? A malty, barrel-aged beer may do the trick. 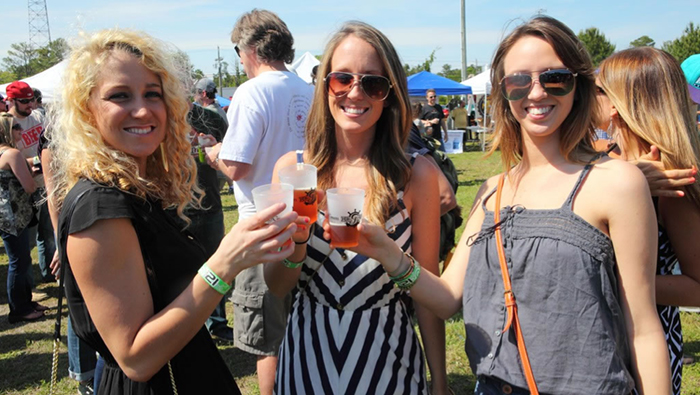 North Carolina’s booming craft beer industry – and its focused month-long celebration – is a job-creator. April beer celebrations like Brewgaloo and the World Beer Festival in Raleigh, and Hickory Hops in Hickory are economic engines.

The month’s collaborative beers, beer dinners, tastings, and bottle and can purchases all add up. North Carolina is quickly becoming a craft beer state, benefiting the agricultural, manufacturing, tourism, and service industries. 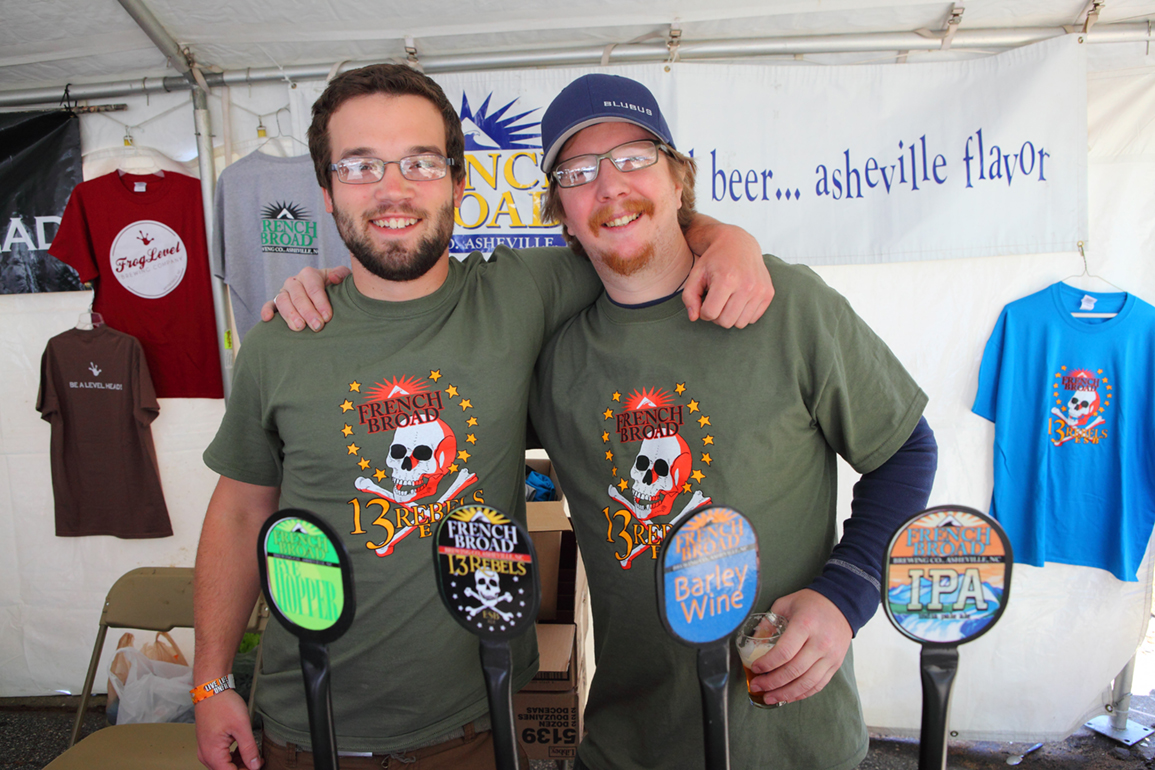 You might not think about local agriculture when discussing North Carolina craft beer, but a number of breweries purchase from local farmers and agricultural entrepreneurs. The act of local commerce – particularly for transitional farms and farm startups growing experimental crops – has a positive economic impact on our state. April is a month for local barley malting, hop planting, and the start of the growing season for regionally distinct flavor additions.

New Belgium, expanding into West Asheville this year, cites clean water as a key reason to why they chose North Carolina for its second brewery location. In the words of Public Relations Director Bryan Simpson, “By far the most abundant ingredient in making good quality beer is water, so healthy watersheds are critical to the entire craft brewing community.”

The environment can be a hot-button issue for some; but when it’s in the context of creating new jobs – and making delicious beer – I hope that’s something we can all raise a pint to.

North Carolina is quickly becoming one of the top beer states in the nation. I encourage you to seek out a new brewery close to you, take an in-state trip to visit some new breweries, or simply support your favorite local brewery.

April is North Carolina Beer Month because you support our passion for crafting great beer all across our state.