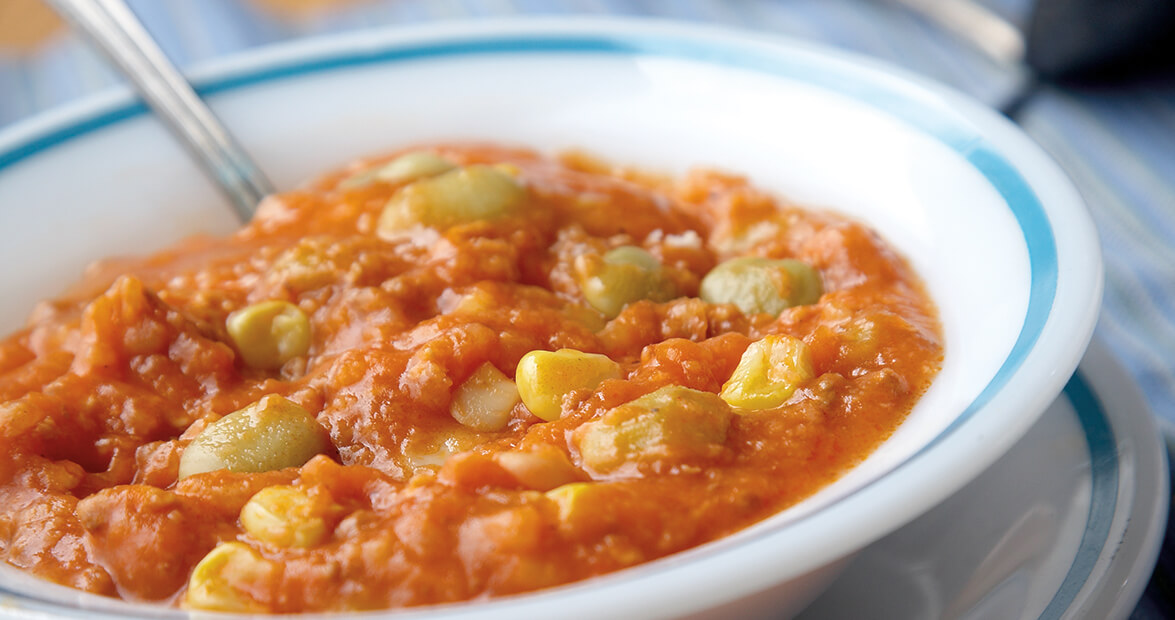 It’s been said that food brings people together, and yet recipes sometimes divide us. Take Brunswick stew, for example.

There are the purists who say that because the recipe originated in hunting camps, to have an authentic Brunswick stew you have to throw in wild game, including a squirrel or two. But, to a lot of people, Brunswick stew looks like this: It substitutes chicken, pork, or beef (or some combination of the three) for wild game, and it likely includes tomatoes, butter beans, and corn.

Then there’s Virginia and Georgia, states that have tussled for years over which can call itself the birthplace of Brunswick stew. Both of them have erected signs — and not just any sign, but historical markers — to bolster their claims.

And in North Carolina, we serve Brunswick stew with our most divisive meal: barbecue. Appropriately, we disagree about Brunswick stew, too.

In eastern North Carolina, the stew includes potatoes. But in the Piedmont, you may or may not find potatoes as an ingredient.

At the annual barbecue at Poplar Tent Presbyterian Church in Concord, you definitely won’t find potatoes. For as long as people there can remember, the church has always added one peculiar ingredient to its stew — rice.

Janie Hensley manages a crew that cooks about 70 large pots of Brunswick stew for the barbecue, held the first Thursday in November. She inherited the job from her mother, Mildred Heglar, who’s credited with writing down Poplar Tent’s recipe.

“We use Campbell’s tomato juice and Mahatma rice,” Hensley says. Her crew starts cooking the stew on the Wednesday before the barbecue and keeps cooking the Thursday of, in order to keep the stew warm.

“If you let it cool, it’ll get too thick, like cold grits,” Hensley says. “Of course, some people see the rice in there and immediately say, ‘This isn’t Brunswick stew!’

“I’m quick to correct them that it is — it’s Poplar Tent Brunswick stew.”

Combine ingredients and cook slowly. Can be made in a slow cooker. 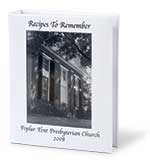 Order a cookbook
Find the Brunswick stew recipe above, as well as the church’s secret barbecue sauce, inside Recipes to Remember. To purchase, call Poplar Tent Presbyterian Church at (704) 786-1603 or email dawnsmith1209@yahoo.com.