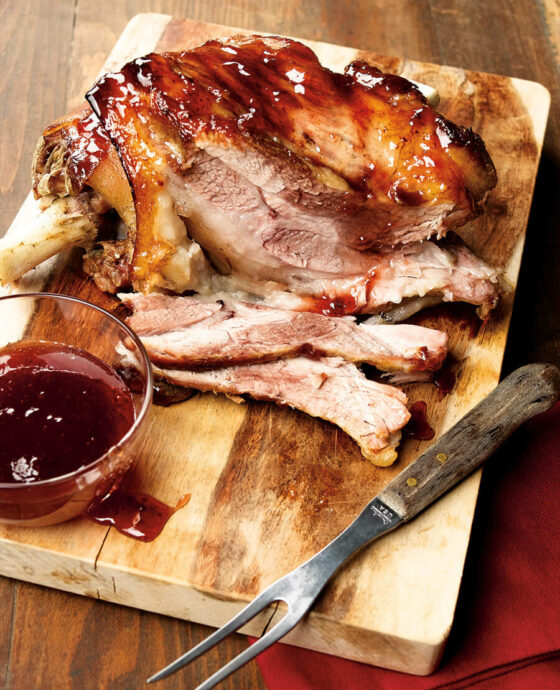 Place fresh ham in a large pot with just enough water to cover the ham. Boil about 25 minutes per pound, or until the meat is a minimum of 145 degrees. (When you pierce the ham with a fork, there should be no blood.) Remove ham from water. Cover the ham with one of the glazes below, and bake at 350° for about 30 to 45 minutes.

Pour about 1 cup molasses in a saucepan. Add cinnamon to taste. As soon as glaze is hot, drip over the ham, and bake.

In a saucepan, heat ½ cup Karo corn syrup and ½ cup strawberry or cherry jelly. Stir. When glaze is hot, drip over the ham, and bake.

This recipe appeared in the December 2011 issue of Our State and is from The Scuffletown Cookbook.