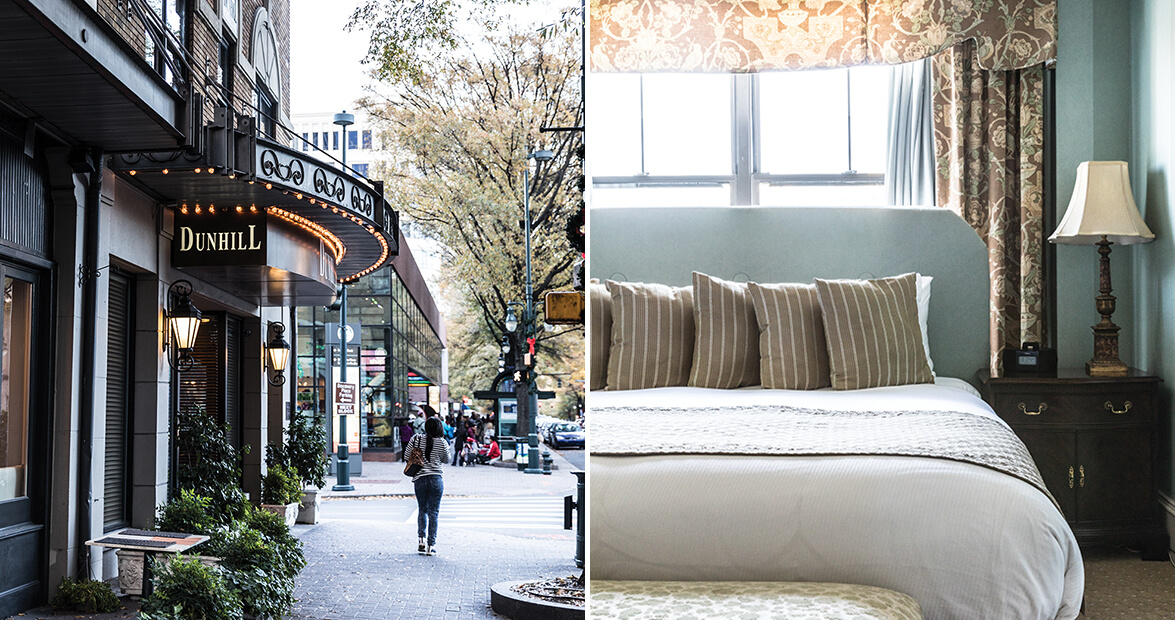 The Dunhill is one of the few historic boutique hotels operating in Charlotte, and that’s probably not surprising to you, given all the vintage buildings there being knocked down to make way for new ones. In fact, there hasn’t been anything quite like it for decades. So The Dunhill, which opened in 1929, is one of the few Charlotte hotels old enough to have a ghost. His name is Dusty.

“Not at all,” Turner agrees.

Few people see Dusty. What they do see is a hotel that’s compact and efficient, thanks to owners who, three decades ago, turned a vacant 100-room apartment and boardinghouse into a stately 60-room hotel. The Dunhill’s restaurant, The Asbury, features local art from the Sozo Gallery and seats just 40 people. The guest rooms have a view of modern Charlotte, and on the 10th floor, the penthouse’s double balcony looks out over Tryon Street, the main drag through uptown. 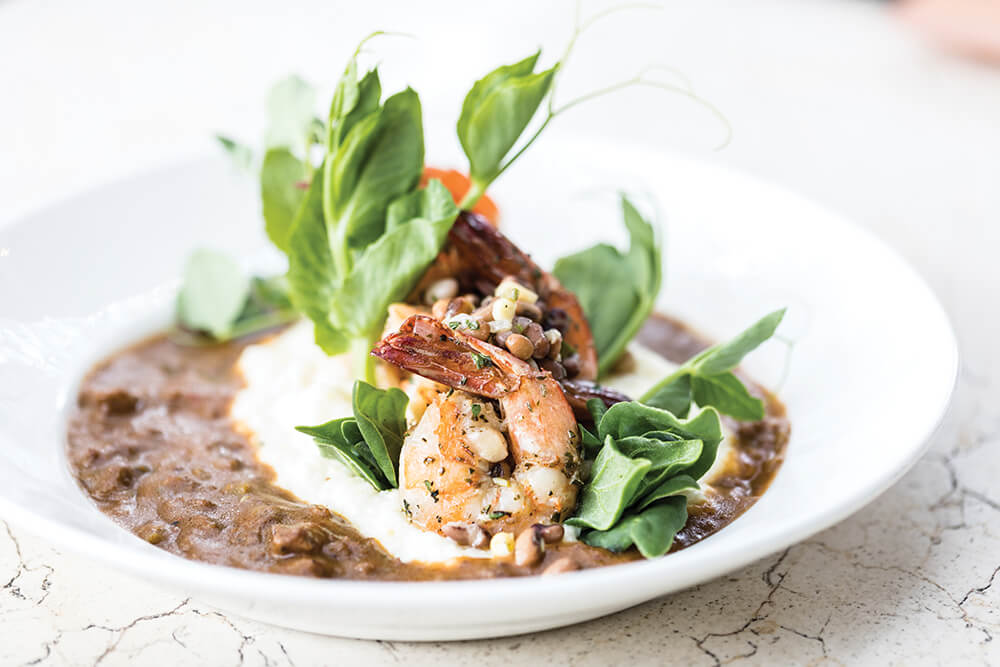 Whether you’re staying in the 10th-floor penthouse suite or just stopping by for a shrimp-and-grits lunch at The Asbury, The Dunhill Hotel offers old-fashioned charm in bustling Uptown Charlotte. photograph by Laura Sumrak

From up there, you get an idea of what makes The Dunhill unique among Uptown Charlotte’s high-rises, let alone hotels. Looking south, toward the bank-built towers, you realize just how massive the city has become. The 10-story Dunhill, by comparison, is tiny. There’s no soaring atrium. It’s more brick than glass. More charm than brawn. It’s cozy but doesn’t feel small. It feels the way cities used to feel: intimate, familiar, and welcoming. Like a hug. “Everything is much more human-scaled,” Beatty says. In Uptown Charlotte, that’s hard to find.

On the second floor, there’s a room with round-topped windows, thick wood ceiling beams, and airy landscape paintings by North Carolina artist Philip Moose. “This room is our most regal,” Beatty says. It’s meant only for hotel guests. The small granite bar in the lobby, meanwhile, feels like a living room for uptown residents. When locals stop by, Beatty says, “it’s like Norm walking into Cheers.” One of those locals, real estate broker Dennis Marsoun, is jokingly called “the Mayor of Dunhill.” He’s here to pay his bill from the night before, when nearly 70 people showed up to celebrate an outgoing bartender. “They ran my tab up,” Marsoun says.

The hotel is made up of characters — Turner the bellman, Marsoun the mayor, Dusty the ghost — but the character of the building itself comes from its tiny quirks, which make it more real in a city that prides itself on hiding imperfections. Over time, the walls of the Mayfair conference room have come out of square. And the third step on the back staircase juts out a little more than the others. Beatty steps over it. “History,” he chuckles, and keeps going.