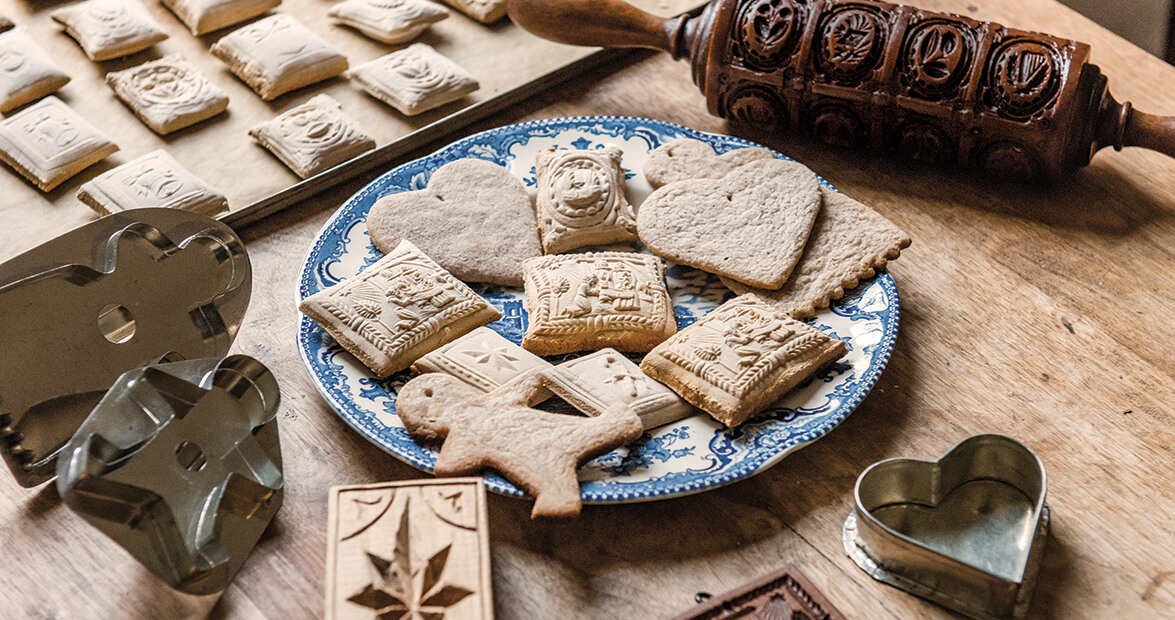 1. The gunsmith is telling two sweet older ladies about the shop they’re in (built in 1831), and the big piece of curly maple that he’s turning into a gun. He holds up a nearly complete muzzleloader. “Did you really make that?” one of the women asks. He did. “Can I touch it?” she asks. She can. “How much do they cost?” “If you want a $10,000 gun, I’ll gladly make you one,” the gunsmith replies. The women do not take him up on his offer.

2. Up the street, Mike Fox, the shoemaker, shows off his handmade 18th- and 19th-century-style shoes. They’re straight, so no righties or lefties. Plus, they’ve got leather soles, which means if you get on a wood floor, it’s like socks on linoleum. Sure, they’re old-fashioned, but I’ll bet you can bowl in them, too.

3. “It’s nice to sit out in the morning and watch the people go by,” a woman says to me as I sit on a bench, doing exactly that. Old Salem is the kind of place where you can see a man emerge from a brand-new Cadillac wearing period dress. If you wait along South Main Street long enough, this will happen.

4. At the Single Brothers’ House, where all the single men in town lived, a little girl asks, “Where are all the toys?” I know! Not even one Xbox.

5. If you come to Old Salem eager to learn, you can accumulate piles of information, because the reenactors will throw it at you like candy at a parade. Most of the information is new to me, but I learn how to make it seem like I already know things by interjecting “ah, yes” before a sentence ends. “So, this organ was moved from —” “AH, YES.”

6. At the A. Butner Hat shop (since 1825!), the tri-corner, bowler, and other colonial- and Civil War-era men’s hats are made from a combination of rabbit and beaver, and start upward of $150. “Can you imagine how much they would cost if they were just made out of beaver?” the cashier asks, and no, honestly, I cannot.

7. Right next door, Winkler Bakery does things the Moravian way, and sells things like sugar cake, lovefeast buns, and tins of cookies. So many cookies. “I love the smell,” says a 30-something woman who’s stuffing what appears to be a month’s supply of sugary treats into a brown paper bag. “Reminds me of the good old days.”

8. Well, about the good old days: Looking around here, it’s hard to know if they were actually, you know, good. They were almost certainly harsher. Probably simpler. Not easier. The woman in the bakery clarifies her statement before leaving. “Just like walking around here when I was 6, 7, or 8,” she says. This is still the same-old Old Salem to her, which is a reminder that the good old days are often of our own making.