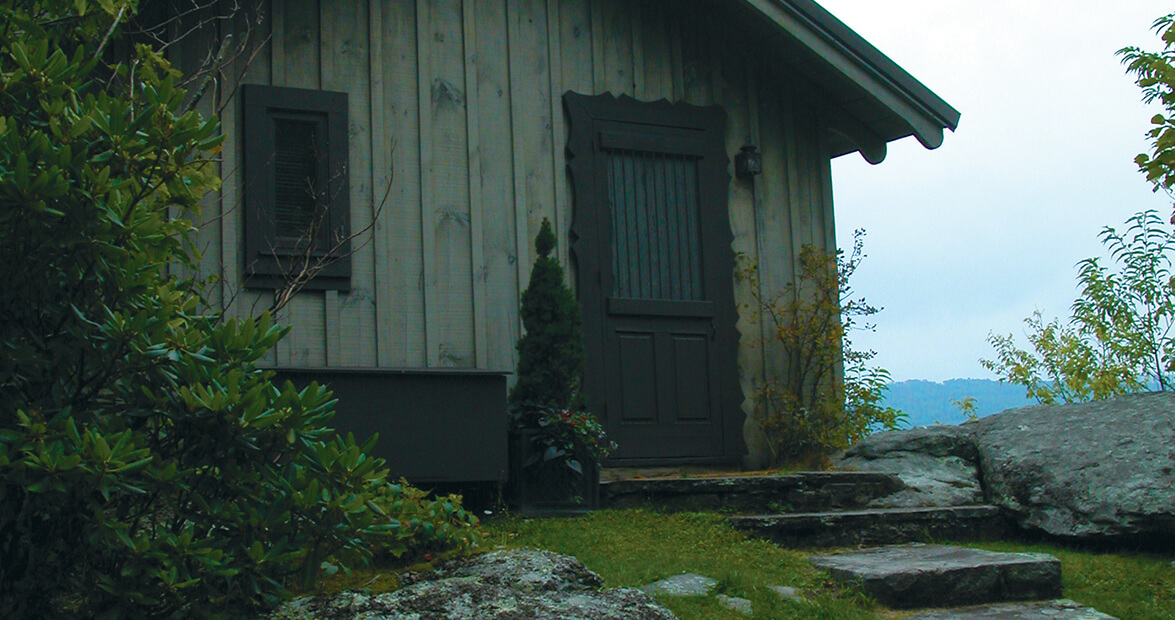 In 1994, Charles Kuralt decided to make time for the things he had always wanted to do. He was urged on by an inner voice, barely audible under the traffic of his adopted New York City. It said: Go be free.

So, at the age of 60 — after 25 years of telling other people’s stories for CBS — Kuralt retired. For a man who wore out six motor homes crisscrossing the country on assignment, taking to a rocker wasn’t an option. He told himself: “You have at least one good long trip in you yet.”

His itinerary: 12 locales around the country, including New Orleans, Key West, and a two-room cabin on Grandfather Mountain.

By the time he left CBS, Kuralt had been making annual trips to Grandfather Mountain for more than a decade. The land belonged to his dear friend, Hugh Morton, who always advised his staff to leave Kuralt alone during his residencies in the guest house known as Anvil Rock. The cabin, circa 1949, features a rough-hewn wooden ceiling, flagstone floor, and a view of Linville Peak. It takes its name from the top-heavy boulder that makes up its far wall. In summer, the rock exudes coolness. In winter, it seeps warmth. Here, Charles Kuralt became grounded by stone and solitude.

He stayed at Anvil Rock for several weeks after leaving CBS, writing and getting to know his neighbors. They reminded him that his home state had given him an apprenticeship in spinning the raw material of life into fine yarns. In Charles Kuralt’s America, which documents his grand year of travel, he wrote: “North Carolina mountain people are the best storytellers in the world.”

Kuralt visited with moonshiners and wood-carvers. He heard from blacksmiths and wildcrafters. He scouted the northwest corner of the state for stories as he had once scoured the country. Each evening, he returned to Anvil Rock to pen all he had heard.

Some days, Kuralt didn’t make it much past Anvil Rock’s squeaking screen door. Sitting on the cabin’s stone steps, he waited for the world to come to him — and it did. More than 250,000 people pass by Kuralt’s private getaway on their way to see Grandfather Mountain’s iconic offerings each year. From Anvil Rock, which is — to this day — closed to the public, cars are visible as ribbons of color weaving through tree trunks.

Kuralt surely saw some of those pilgrims while on his retreats, but he chose not to follow them. He sought out less obvious voices and, when acquainting himself with nature, he did the same. Instead of walking Grandfather’s mile-high bridge, he walked its trails. He took to sitting in Anvil Rock’s mossy backyard, practicing the art of paying attention.

Grandfather Mountain is known to be the nesting ground of more than 100 bird species. While at Anvil Rock, Kuralt wrote: “I can’t identify many birds by their calls, one of the gaps in my knowledge I want to correct.”

It’s one of the things he didn’t get to do. He died in 1997, not long after the publication of Charles Kuralt’s America. The Anvil Rock visit recorded in the book — part of what he called the most memorable year of his life — was his last. But his stories live on, as do the sparrows, doves, and warblers he admired. Those diverse and lovely birds call out to everyone willing to listen: Come be free.