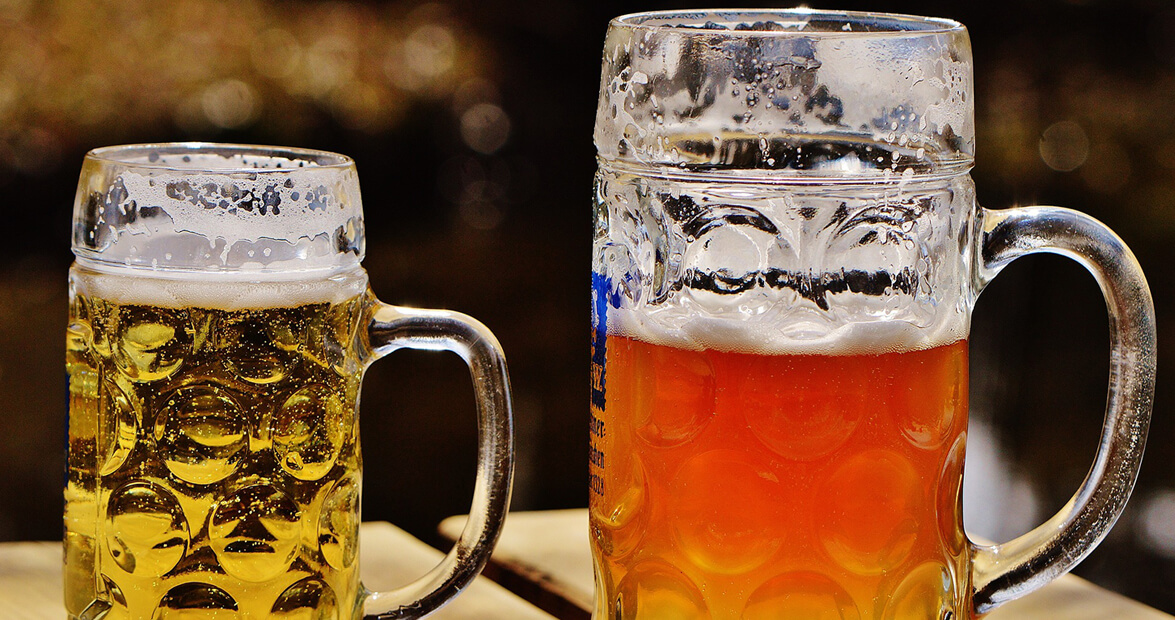 For a town of its size, Boone has no shortage of great beer. Boone’s most famous export is Appalachian Mountain Brewery (AMB), with a tap list featuring both beer and cider. Of particular note is the Spoaty-Oaty, a smooth and creamy pale ale brewed with oats and balanced with a hop-forward nose.

Booneshine brews a wide range of beers that make use of local agriculture, including several IPAs that perfectly capture the funkiness of Boone. Lost Province Brewing Company serves Neapolitan wood-fired pizza that pairs perfectly with any of the brewery’s beers.

Finally, if you’re in the area and willing to make a short and scenic drive, you can also check out the award-winning Blowing Rock Brewing Company — the brewery also operates its own inn, which is perfect for taking in the beautiful North Carolina High Country.

Chapel Hill’s worst-kept secret is Top of the Hill Restaurant, Brewery, & Distillery. TOPO is the premiere spot to watch Tar Heel basketball, or to watch the ensuing flood of students on Franklin Street after one of the university’s six national championships. The annual release of the brewery’s Blueberry-Wheat beer is a sort of mini-holiday among students and residents.

A bit further down Franklin Street is Carolina Brewery. Home to the easy-drinking Sky Blue Golden Ale, Carolina Brewery is a great place to grab a burger with friends or family.

Nearby Carrboro is home to Steel String Brewery. If you’re looking for something a bit funkier than what Chapel Hill has to offer, you can stop in for the brewery’s limited-release sours, mainstays like the Big Mon IPA, or batches of homemade kombucha.

On any given Thursday night, you can find Duke students crammed into Fullsteam Brewery for trivia. The brewery is a beloved institution for both students and residents alike. The leader of the “plow-to-pint” movement in North Carolina beer, the brewery is a must-stop if you’re visiting Durham.

If you’re looking for a place with more of an open-air environment, check out Ponysaurus Brewing. With an expansive yard and balcony, a tap list featuring several Belgian-style beers (including two saisons), and grills for rental, Ponysaurus is an incredible place to spend an afternoon catching up with friends new and old.

For something a little more out-of-the-box, stop by Durty Bull Brewing Company – priding itself on unconventionalism, the brewery features several sour and barrel-aged beers. Fall is the perfect time for their Baltic Porter, which the brewery ages for four months in oak foeders.

While not a brewery, perhaps the best place in Durham to enjoy craft beer is Sam’s Quik Shop. Located a short drive from Duke’s campus, Sam’s features 42 taps and over 1,600 bottles. After an afternoon of strolling in the nearby Duke Gardens or Nasher Museum, you can get lost in Sam’s aisles of beers.

The city of Greensboro has a deep and varied brewing scene. Gibbs Hundred Brewing Company, located in downtown Greensboro, has several unique beers including a milk stout, a French blonde, and a rarely-seen Imperial Berliner-Weisse. Of particular note are the Guilty Party ESB and the Medley of Moods wheat ale, which respectively have won gold and silver medals at the Great American Beer Festival.

Preyer Brewing Company has an extremely eclectic beer list, including a mango gose and a Grodsizkie, a historical and highly-carbonated Polish style of beer based on smoked wheat.

Joymongers Brewing Company also includes several unique European-influence beers, like a raspberry tripel, a French-style saison aged in French red wine barrels, and their foederbier – aged in a foeder with a strain of yeast often used in wild Belgian beers. It’s finished with blackberries, so the beer hits a balance between rich oakiness and tartness.

Greenville has enjoyed an influx of breweries within recent years. That means ECU students now have more options than catching the shuttle bus to Kinston’s Mother Earth Brewing to enjoy craft beer. The oldest brewery in town is Trollingwood Brewery. Opened in 2015 by three childhood friends who recognized a need in the town’s drinking scene, the brewery features a rotating tap list. Head brewer Grayson Williams’s background includes working as production assistant at Duck-Rabbit Brewing in nearby Farmville.

Not too far away from Trollingwood is Uptown Brewing, aptly named for it’s spot in the heart of Uptown Greenville. Located in a historic building, the brewery features seasonal beers, rotating session IPAs, and gluten-free ciders.

Finally, Pitt Street Brewing is Greenville’s newest brewery, and is already making a name for itself with offerings like the Loki IPA and Dapple Dog Dry Stout.

Raleigh loves beer, so much so that NC State’s Department of Food, Bioprocessing, and Nutrition Science runs its own brewing lab. One alumnus of the project is Scott Craddock, the head brewer of nearby Raleigh Brewing Company. The brewery features six core beers, including the House of Clay Rye IPA, Hell Yes Ma’am Belgian Ale, and Hidden Pipe Coffee Porter.

Not too far from NC State’s campus – but very close to William Peace University – is Oak & Dagger Public House, which is celebrating its one-year anniversary this fall. The brewery’s food menu is as eclectic as its beer menu. Order Coole Beans, the brewery’s coffee brown ale, to reminisce about late library nights, or order the fried cheese curds (imported from Wisconsin) to simulate the late-night food you wish you’d had in undergrad.

Closest to UNCW’s campus is Wilmington Brewing Company. Founded as a homebrew shop, the brewery has grown into a 25-barrel brewing facility offering more than 31 beers. The tap room features 15 taps, and should not be missed on your trip to Wilmington.

If you’re looking for a bite to eat, check out Bill’s Front Porch Pub And Brewery, which features elevated bar food, including the must-have Tater Tot Skillet. Bill’s Front Porch also offers 20 beers on tap, including the New Hanover IPA, a New England-style IPA brewed with hibiscus and honey. The taproom features an open layout with a full view of the brewery’s equipment.

A bit closer to the beach is Waterman’s Brewing Company, Wilmington’s latest opening. The brewery highlights beers brewed with English techniques and ingredients, such as the Knothead ESB and Bar Pilot IPA. The brewery’s restaurant has a coastal-inspired menu, highlighting fresh seafood.

Winston Salem’s most famous brewery is Foothills Brewing. Known far and wide for offerings like People’s Porter or its two signature IPAs, Jade and Hoppyum, the brewery is worth visiting for limited edition releases – such as variations of People’s Porter with coffee and hot peppers, respectively. The mecca of Foothills’ beer list, though, is Sexual Chocolate. A cocoa infused imperial stout, the annual release of Sexual Chocolate is a very, very big deal for North Carolina beer lovers.

Wise Man Brewing is located in a renovated building in downtown. The brewery has a unique focus on IPAs – it currently has five on tap, including two double IPAs. Finally, Winston-Salem’s newest brewery is Fiddlin’ Fish Brewing Company. Featuring its own extensive IPA list, as well as several other styles, the brewery opened its doors in August 2017 and is certainly worth a visit.