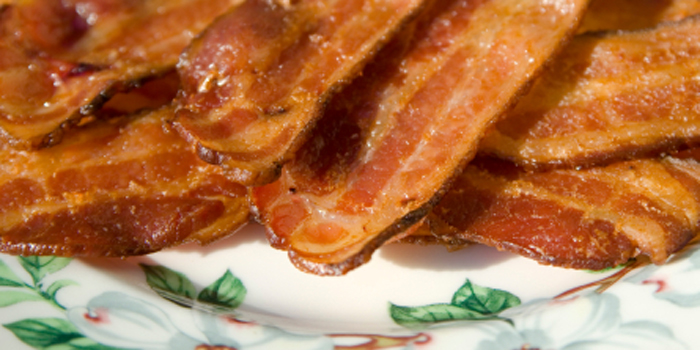 Cook bacon in a hot cast iron skillet until crisp. Remove, reserving drippings. Set aside. Add 3 tablespoons of drippings back to skillet and cook onions until tender, drain. Cut corn from cob, scraping to get all the milk and remaining pulp. Add corn, broth, potato, carrot, and onion to a skillet. Bring to a boil, reduce heat and simmer for about 10 minutes until potatoes are fork tender. Remove from heat.

In another skillet, whisk together ⅓ cup of drippings and flour. Cook over low heat stirring constantly until mixture turns brown. Remove from heat. Add half and half along with wine to vegetable mixture and cook over medium heat whisking until thoroughly heated. Stir in lemon juice, hot sauce, salt and pepper.

Next stir in flour mixture and ¾ of bacon. Continue cooking until thickened. Garnish with remaining crumbled bacon.

This recipe comes from Country Recipes and Other Interesting Stuff by Bob Holt. This book was also featured in the January 2012 issue of Our State magazine.
Bob says this recipe freezes good, so plan to make a bunch!