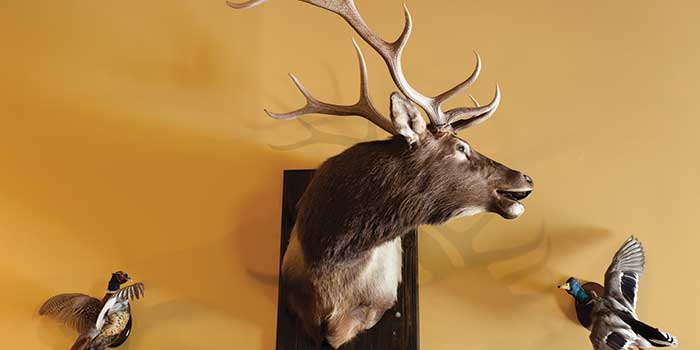 Bic Le has forgotten her work gloves, but she refuses to be deterred by a little barbed wire. On the other side of the fence is Banner Elk Winery’s upper acreage, the highest vineyard in the Eastern United States. The view from 4,800 feet gives an eagle’s perspective of woodland and pasture. But all is not as it should be. Le, the winery’s concierge, has spotted some decorative barrels that are out of place. She curls her fingers around a plastic connector and slips under the wire carefully, her sundress fluttering dangerously close to a snag.

The fact that rural Avery County has a concierge is as unexpected as a mountaintop vineyard. But Le — a slight woman wearing a diamond-studded watch and earth-toned water sandals — embodies the region’s unique take on luxury. She’s a concierge who makes whitewater-rafting arrangements as often as dinner reservations. And those missing work gloves are a regular part of her uniform.

Banner Elk Winery, co-owned by Richard Wolfe, Angelo Accetturo, and Pete and Michelle Gerukos, opened in 2006. Wolfe, an engineer, came to the mountains in 2001 to be the director of a new department at Appalachian State University — the Applied Science and Research Program. One of his first projects was to teach farmers to grow grapes instead of tobacco. The North Carolina Department of Agriculture awarded him a grant to start a test vineyard at 4,800 feet, the first of its kind in the High Country.

But the idea of cultivating grapes at high altitudes, which initially inspired people to call the winery’s proprietors crazy, has been catching on. There are now 32 vineyards growing cold-hardy grape varieties in Avery and Watauga counties. Some are the product of backyard hobbyists, but others are the result of Wolfe’s ongoing efforts to introduce grapes as an alternative to the waning tobacco industry.

Today, Banner Elk uses grapes from that vineyard for wines whose accolades include medals from the 2013 International Eastern Wine Competition in Sonoma County, California, and the 2012 NextGen Wine Competition, in addition to recognition from the North Carolina State Fair.

“We’ve been winning some good awards here,” Le says. But she, like many others, thinks visitors are drawn to the winery by a less obvious aspect. “I think the casualness attracts people,” she says. “Because, although this is a winery, it isn’t stuffy. If you’re wearing stilettos, this place isn’t right for you. But if you’re into cowboy boots or flip-flops, this is where you should be!”

The wine barrels dotting Banner Elk’s upper vineyard are almost as tall as Le, but she capably pushes them over and rolls them around, setting them in place for the wedding that’s scheduled to take place here tomorrow. “People appreciate seeing all this,” she says. “It’s like going to Grandma’s house and eating an apple pie she made rather than going to a bakery. Nobody bakes pie like Grandma, and nobody makes wine like we do.”

When she’s satisfied with how things are looking on the mountaintop, Le jumps into her SUV and drives down a gravel road leading to the lower vineyard. A couple of off-road cyclists wave her on. She vigorously returns the gesture. Cyclists and hikers — some of whom plan routes that end in Banner Elk’s tasting room — are regulars here.

The grassy knoll in front of the winery’s main building has the feel of an adult summer camp, complete with a boulder-built fire pit that would make Fred Flintstone jealous. Beyond it, a stocked trout pond is fed by a creek so gentle that, upon hearing it, one isn’t sure if its calming shush is the water or just trees responding to whispers of wind.

As Le tumbles out of her vehicle onto the knoll, a crow caws from a nearby tree. She doesn’t seem to notice. Her phone has been chirping all day, alerting her to last-minute wedding inquiries. And it’s time to report for barn duty, which means collecting flower vases.

The barn — inherited along with a field of mature blueberry bushes — is constructed of rough-hewn lumber, and it smells of wood that’s been curing in sunshine for about half a century. Its eaves have been strung with crystals that dangle like rain, frozen in midair. Bare bulbs, archetypal of working structures, are visible. But their utilitarian glass has been replaced with ornate cut-crystal ones that look like they could double as candy dishes. Le points them out and shrugs her left shoulder, like a full-body wink. “We’re casual, honey, but we do kick it up a bit!” she says.

Tomorrow, music will fill this small space, where plywood floors are dressed up with Oriental rugs. Guests might very well drink the Vino Francesco Chianti that was hand pressed, Old-World-style, by Accetturo’s Italian father in this same space.

Le, ready to take on another task, leaves the barn in a bouncy, high-octane gait. But when she passes a large blueberry patch adjacent to the winery’s villa that welcomes overnight guests, she pauses. A red toolbox has been put out for berry pickers. It reads: Honor system.

“It’s nice to know that people can still be trusted to drop $10 into a toolbox to pick a gallon of blueberries,” she says.

She bounds up a hill toward the bushes, ribbon-hung vases clinking like glass bells as they dangle from her right hand. Though it’s harvest season at lower elevations, many of these bushes have not begun to ripen. Rows of berries stand green as the surrounding hills. She nudges a single, purple-tinted berry loose and pops it into her mouth.

“Oh!” she exclaims. “A good introduction. That early one was really sweet.”

Leigh Ann Henion is a fan of the honor system. Her debut book, about natural phenomena and wonder, is forthcoming from The Penguin Press. Her most recent story for Our State was “A Cabin for Kuralt” (July 2013).