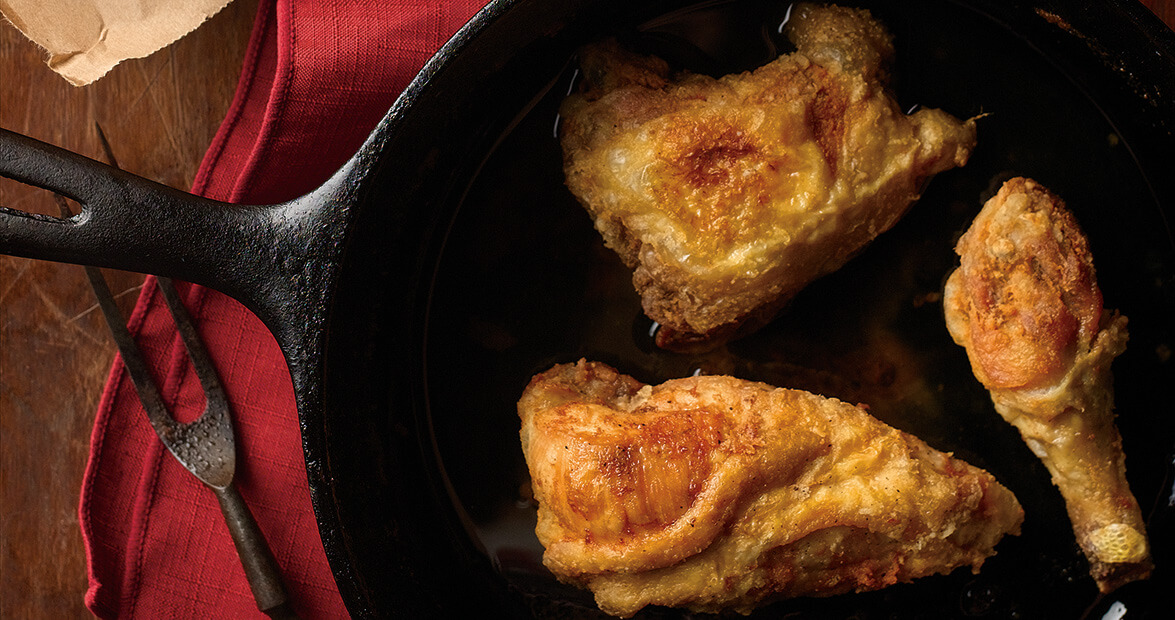 Bob Holt prefers to enter restaurants through the back door. He says he likes to see the “heart and soul” of the place — the hands stirring a pot of collards, breading the fried chicken, and ensuring that every biscuit going out the window is fluffy and flaky.

Most folks don’t get that kind of access, but Holt does. He sells commercial kitchen equipment; for 38 years, he traveled northeastern North Carolina for the Montgomery Green Company out of Raleigh, and today, he sells for a handful of clients near his home in Winterville.

At 70 years old, he’s seen his share of kitchens, from the industrial-size ones at hospitals to those with wood-fired pits at roadside barbecue joints. And at each stop, he asked the local cooks about their techniques for cooking “at least as good as your mother could,” Holt says.

He took down what he learned at the end of each day on a yellow legal pad in whatever hotel room he stayed in for the night. And as Holt scribbled notes about time, temperature, and ingredients, his mind went back to his mother’s kitchen in the Maxwell Mill area of rural Duplin County.

When the folder full of Holt’s handwritten notes began to bulge, he bottled the recipes and the memories in Country Recipes and Other Interesting Stuff, a 238-page cookbook that for every comfort-food classic serves a colorful, homespun story on the side.

There’s a recipe for Country Style Steak and Gravy and a story about how Holt’s mother always beat the tough, sinewy, round steak into submission with the edge of a plate. If not technically an effective way to tenderize meat, the process made it easy enough to fall apart in your mouth.

Momma’s Sunday Fried Chicken is in the book, too. After spending hours laboring over the chicken, Holt’s mother always got the back because no one else would eat it.

And while he offers no anecdote in the book to explain the origins of his Apples, Taters, and Chops Casserole, he says it was a product of having plenty of time to experiment with food after divorcing his first wife.

“With nobody around to tell me not to, I messed up the kitchen a lot,” Holt says. “A lot of it went in the trash, but this (recipe) stuck.”

Like the others, this recipe stayed with him partly because pork chops were a staple in his mother’s kitchen. She carefully turned them over in a cast-iron skillet until they were the right shade of brown, her hands working with the confidence that comes with experience. Holt and his three siblings sat restless around the dinner table, anxious to take a bite of the down-home masterpiece.

“It was Momma’s cooking, after all,” Holt says, “and few could do it like her.”